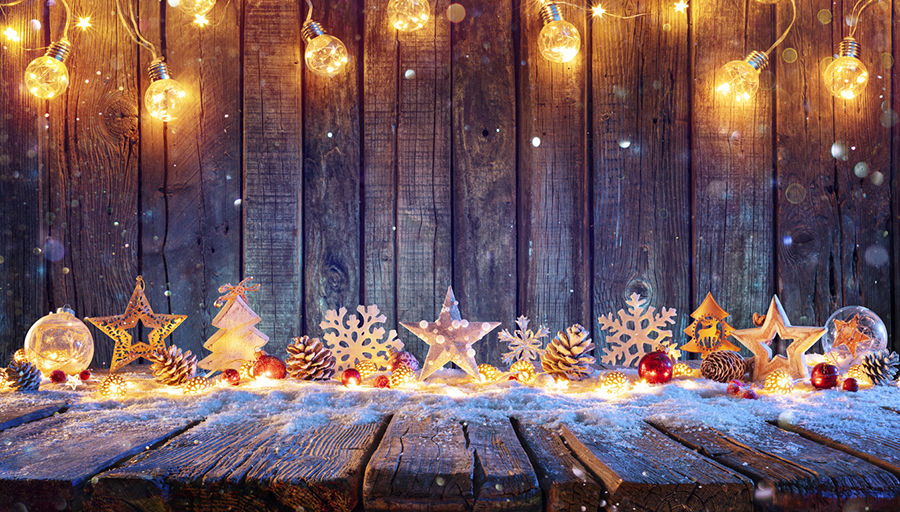 It is Christmas Eve 2022. I am listening to an eclectic blend of holiday music, played by Philly local DJ Robert Drake. He is a true treasure. The show is called The Night Before which typically started on Christmas Eve Eve (December 23rd) at midnight and ran until Christmas Eve at midnight. For the past 30 years he has spent 24 hours in a row spinning tunes for delighted listeners of all ages. Robert tacked on another six hours this year, to honor three decades of this gift to the listeners. I don’t know how he manages to stay awake that long. This is not the same 20 traditional Christmas songs played on commercial radio. Because WXPN is a member supported station, Robert gets to select heritage artists, new performers, singer-songwriters, world music, comedy pieces, rock, instrumental, spoken word and one of my favorites, Striking 12 by Groovelily.

It has a rock opera feel to it and the theme is the retelling of Hans Christian Anderson’s The Little Match Girl overlapping with a less than stellar New Years Eve for the protagonist in modern day New York City. I find myself always, singing along.

My intention is to stay up until midnight to hear the final song on The Night Before and sleep with visions of sugar plums dancing in my head.

This morning started out in a less than stellar way for me as well. Here in the Philadelphia area, we are experiencing a deep freeze with temps in the single digits. The wind howled all day yesterday. My power flickered for a moment and somehow that caused my doorbell to ring. Either that, or someone unseen came to call. When I went to bed, the thermostat read 69 and by the time I awoke, the numbers were 10 degrees lower.  I fell asleep layered in sweats and a bath robe, under two heavy blankets. I emerged and padded into the kitchen for hot tea. I had a mini panic since I was not likely to find a HVAC professional who would come out on Christmas Eve without a huge additional fee tacked on. I went through a mental checklist. I had changed the filter yesterday on the indoor heating unit. I could feel warm air coming out of the vents. The fan was spinning on the outdoor unit. It was possible that it wasn’t able to stand up to the frigid digits outside. I called my next door neighbor who came over with his dad. They walked around the house, looking for cold air leaks and noticed that one of my living room windows was frozen open at the top by a few inches. They worked together to push it up to a closed position and then MacGyvered  a fix by packing foam tubing in the open spaces and then running a special tape along the edges. I sighed with relief over the next few hours as the thermostat bumped back up to a closer to normal level. The proof will be in the pudding as the external temperature rises over the next few days. New windows are clearly in my future.

A Jewish ritual on Christmas is Chinese food. I placed a takeout order from a local restaurant and, chopsticks at the ready, I dug in. Tomorrow I will enjoy a more traditional Christmas dinner with my son, daughter-in-law, her family and my grandchildren. I prepped my famous (well, in the family) cranberry sauce. Even though I grew up with the fresh from the can jellied cranberry sauce, I much prefer the real thing, with cinnamon, ginger and pumpkin pie spice blended in. Tomorrow my house will have the sweet aroma of baked pineapple wafting through the air as my additional contribution to dinner. I am eager to watch them open the gifts I will be bringing and playing with their toys with them. At nearly three years old, Dean likes to share and have adults join him on the floor as he launches into fun mode. He sings holiday songs in an animated manner.  Seven month old Lucy is exploring everything around her and is starting to pull herself into standing position. This is her first Christmas.

In years past, Christmas Eve was spent at a service at Pebble Hill Church which is one of the interfaith communities I am part of in my area. Traditional songs and skits were part of the evening and the service ended with a candle lit rendering of Silent Night as we kindled our candles one from each others’ and the glow was reflected in the windows and the skylights in the ceilings. Lots of hugs were shared. I was planning on going and then found out that it was canceled because of the severe weather. So staying in, cozy with blankets and music as companions, will have to do. My table top tree is wrapped around with rainbow lights, hearts, angels, and other winged beings.

Growing up in a Jewish home, Christmas was a cultural experience and not religiously oriented. There was no Christmas tree in the Weinstein household. We celebrated with friends in their homes and my parents made sure we didn’t miss out. I knew the lyrics of all of the Christmas songs.

I have come to think of the one whose birthday is celebrated on December 24th, (historically, I have read that he was born either in the spring or fall.) as a Holy Rascal, a teacher, healer and spiritual guide who embodied love and showed us what we are capable of being.

Wishing peace on Earth, good will toward all.

The post A Quiet Christmas Eve appeared first on The Good Men Project.