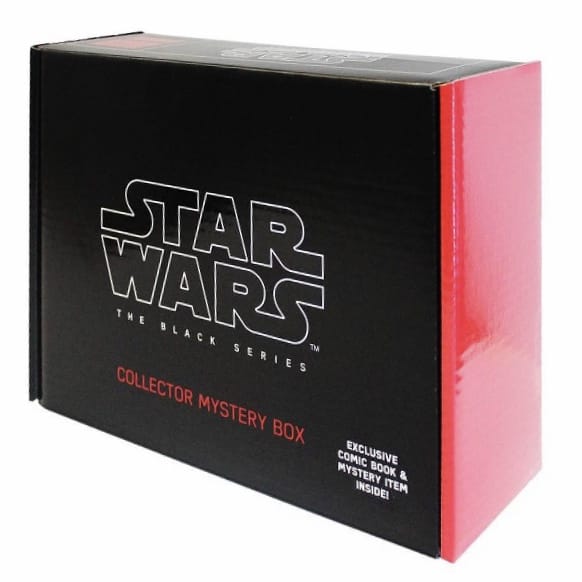 I was sent the Target exclusive $40 Black Series Box yesterday. 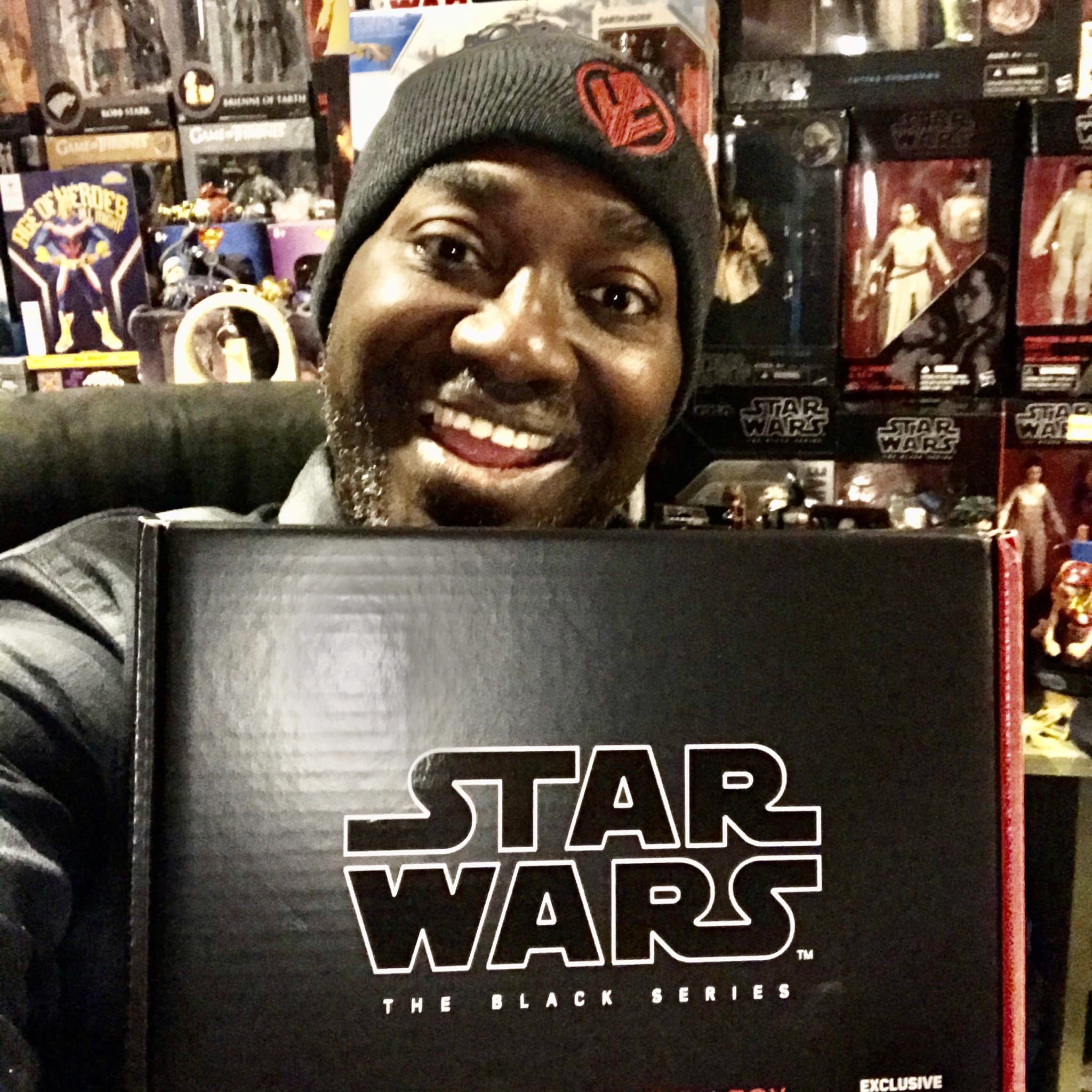 SPOILERS:Here was the unboxing video I shot below

Imagine galactic adventures with this collectible Star Wars figure of the cold weather assault trooper inspired by Star Wars: The Rise of Skywalker

The Mystery box itself looks very cool. Outside it bears a logo on the back and the familiar STAR WARS print on the front. Inside, it has a graphic of a First Order Snowtrooper design looking at you, and its blurb is at the bottom of the box.-

Its great storage for packaged figures which arent currently on display.

What I found inside this box was 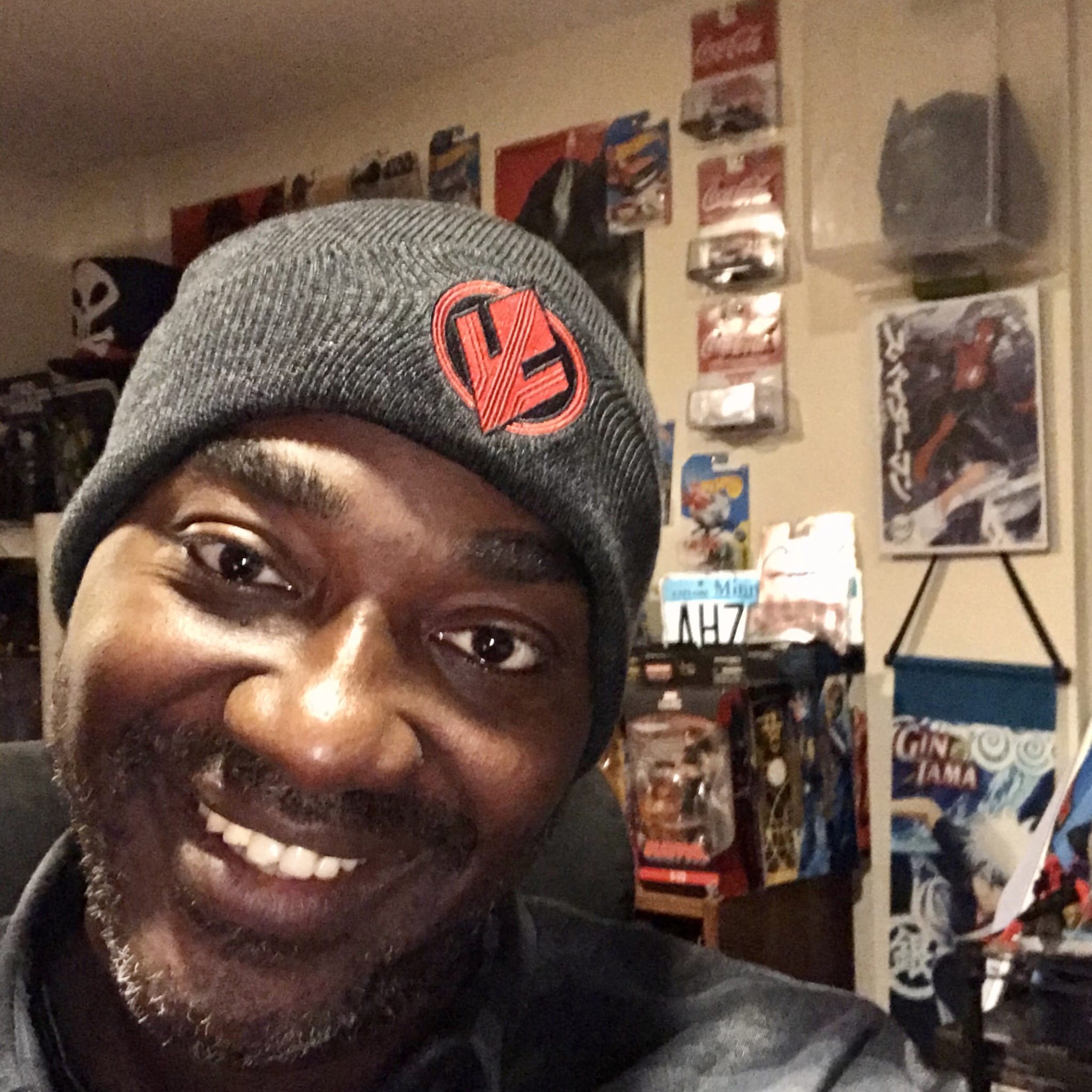 This is a nice, all size poly-blend charcoal Bennie with an an Elite First Order embroidered red sigil on the front. Its soft and keeps its shape well. This isnt available anywhere but this particular mystery box so bonus! 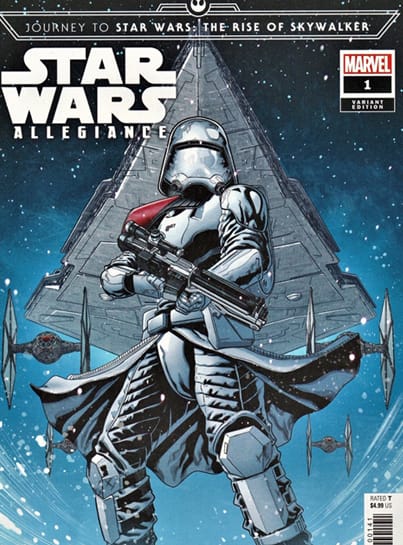 Cover by Marco Checchetto. This issue is spoiler heavy so I wont divulge the story, safe to assume it picks up right after The Battle Of Crait, the Resistance is on the ropes and on the run, and things arent looking very good for our little group of rebels!

Its drawn by Luke Ross, inked by Lee Loughridge and written by Ethan Sacks, lettered by VCs Clayton Cowels, a solid story that drew me in and keeping in tone thematically with the new trilogy and excited to collect the next issues. 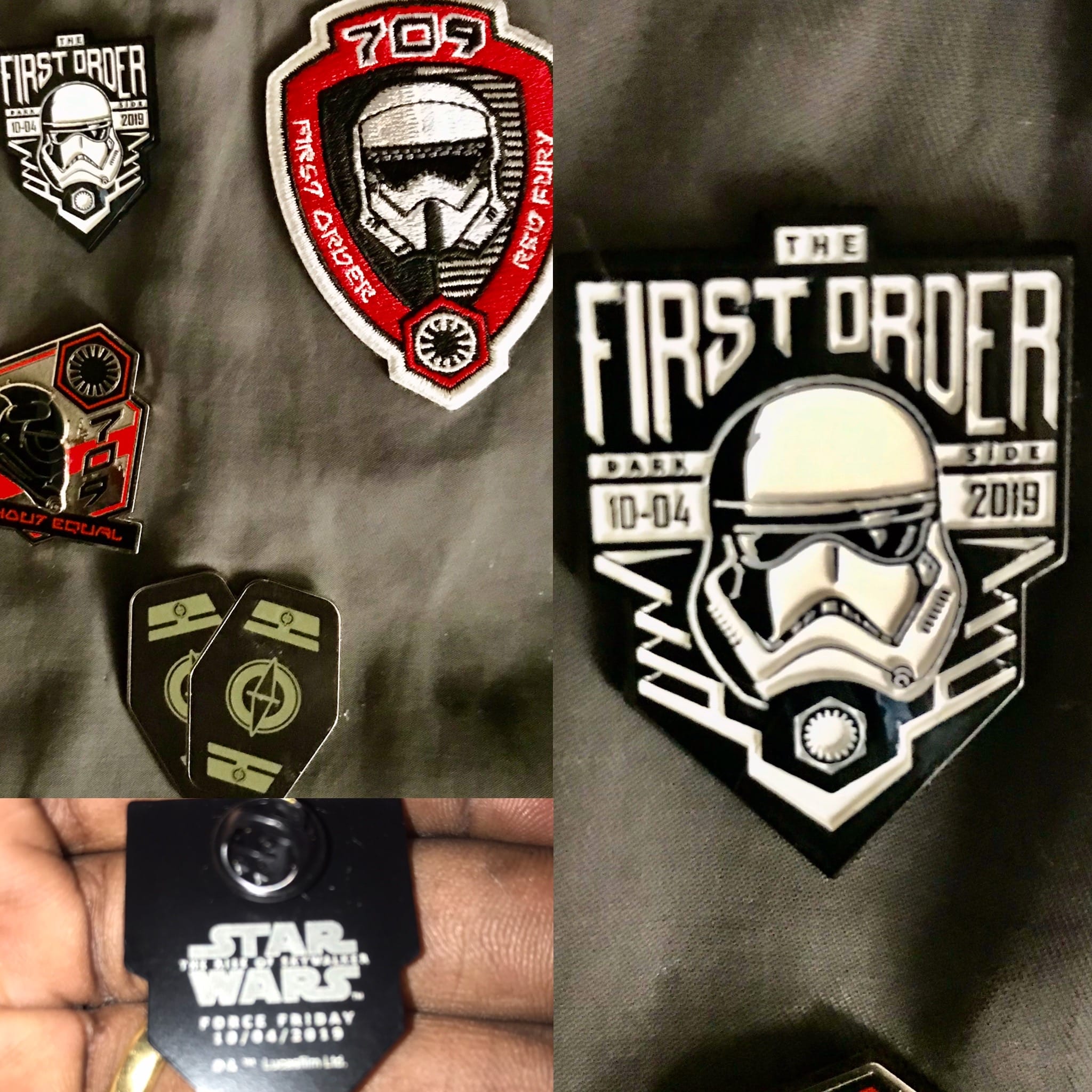 This was also a Force Friday release, and I imagine they have a surplus of these they threw in as a bonus. Its a nice pin that bears the date of issue that I promptly added to my custom 709th Red Fury flight jacket! 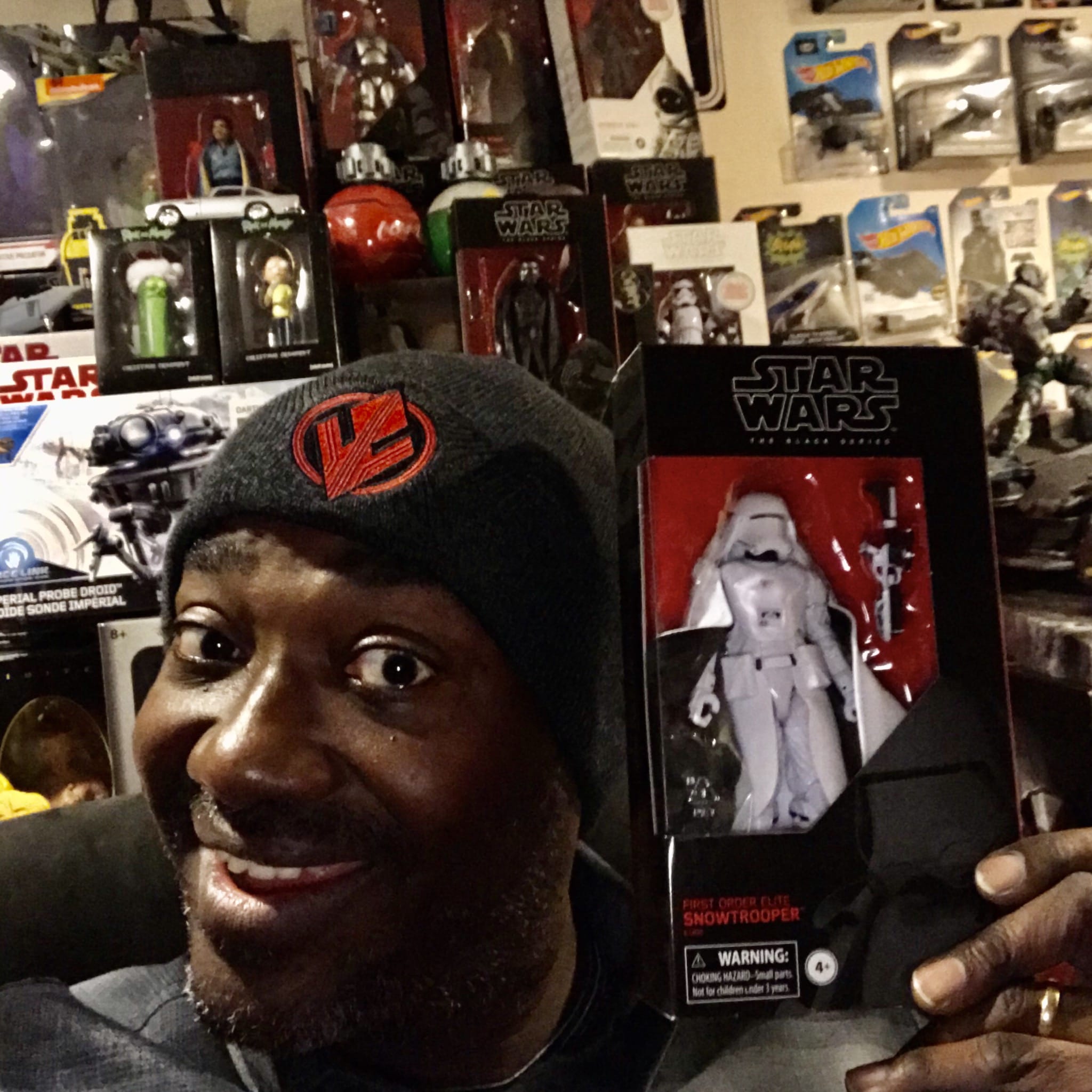 Inspired by Star Wars: The Rise of Skywalker, this First Order Elite Snowtrooper action figure features realistic detail and makes a great gift for Star Wars fans, and collectors can display it in their Star Wars collection. 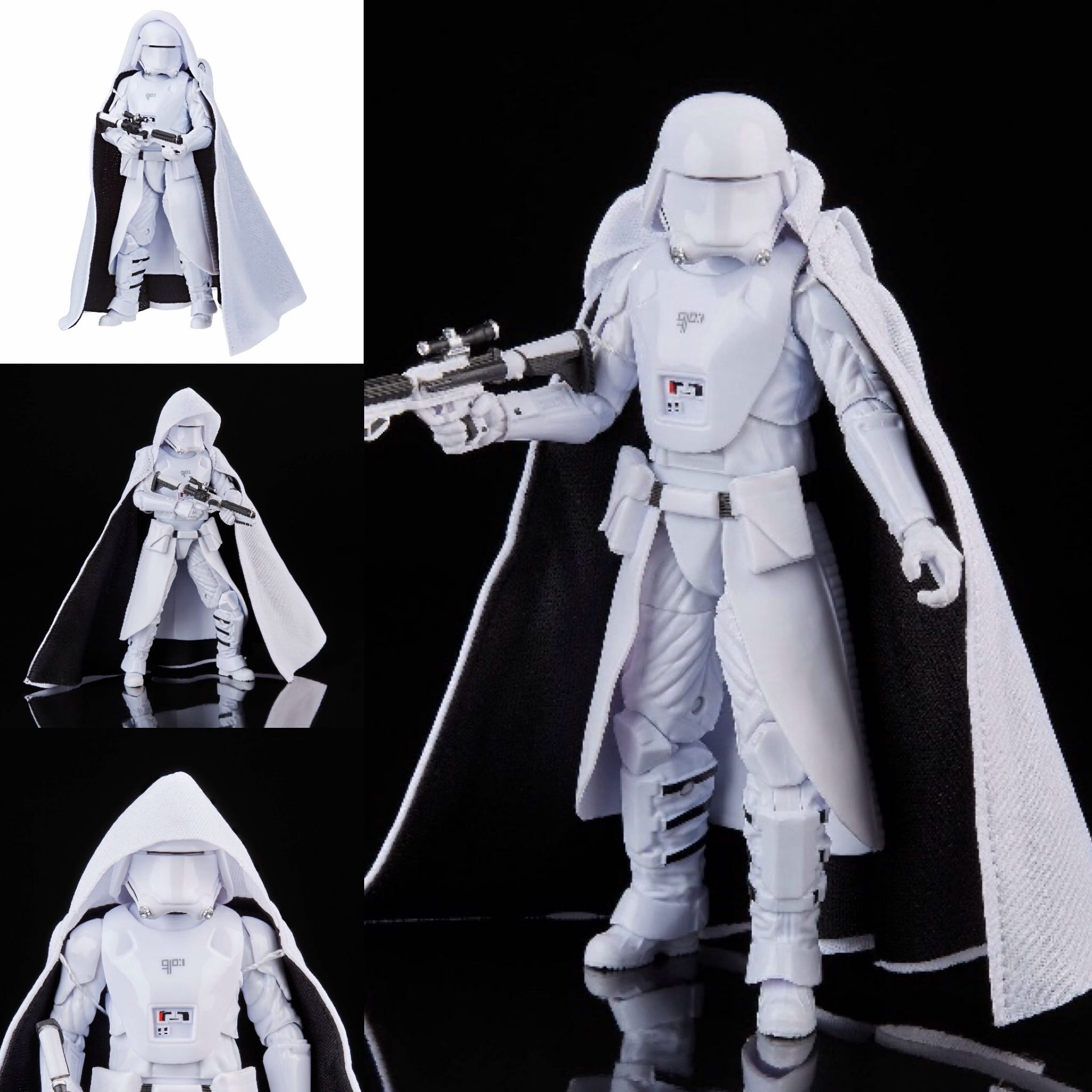 This is,like many of the newer designs, are influenced by Star Wars original trilogy artist Ralph Mc Quarrie, andHasbro did a fantastic job translating the look and the aesthetics of his trooper into this action figure.

The figure alone retails at $19.99 plus, this is an exclusive repaint and the soft good cape really up the ante for me of this collectible figure!

Throw in the one-of-a-kind dated Force Friday enamel pin, exclusive beenie & the Marvel Comic? This is a terrific value at $40 MSRP!

About the Black Series:

Star Wars products are produced by Hasbro under license from Lucasfilm Ltd.

Hasbro and all related terms are trademarks of Hasbro.