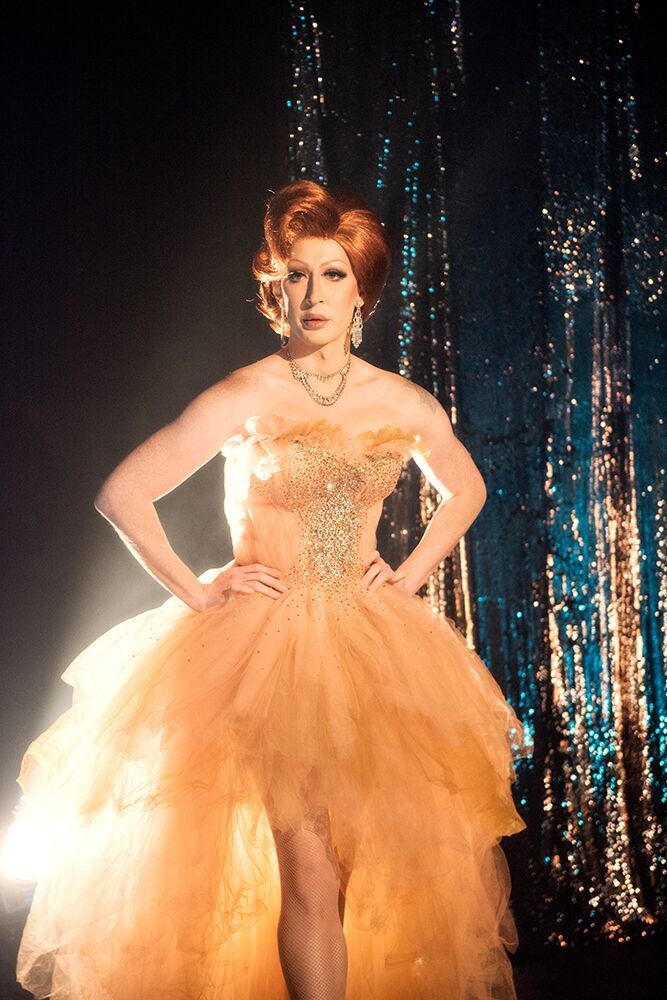 Fundamental to the calculus that resulted in RuPaul's Drag Race slow build to pop culture phenomenon is the runway. If you break the show's standard format into fourths workroom, challenge, runway, lip sync the runway is the show's only tried and true format; it's most direct rip from America's Next Top Model, a show it purposefully shares much in common with. Take the first mini-challenge of Drag Race Season 6, for instance, which sees the contestants posing as they fall into a ball pit, a direct homage to a Cycle 6 Top Model challenge.

Related | 50 Sickening Portraits of Your Favorite Queens at DragCon

This has resulted in a cottage industry for the designers who make these clothes and undeniably played a role in establishing many of the show's stars as fashion world imperatives both on the runway, front row and in editorials including but not limited to Miss Fame, Violet Chachki, Aquaria and Valentina.

Ahead of the premiere of the show's 12th main season (premiering this Friday), we asked some of our favorite queens to look back at their favorite runways in a game I like to call: Reliving the Runway: She Really Did That.

"My favorite runway look was my blue boat look (Gaultier x Levi collab Swarovski-studded bathing suit with second hand Dolce & Gabbana blue satin leopard lined coat). I was channeling Nomi Malone at the Boat Show in Showgirls and gave 100% label whore on a yacht. I also won the mini-challenge and the main challenge that episode, so feel free to call me Minnie Anna Main. (Evan, I know we hate D&G, but it was second hand so at least she didn't pay full price?)"

"['Jet Set Eleganza' from Episode 2 is] one of my favorite looks because it shows that you can make cheap drag look expensive. The whole look is just thrift store finds and broken jewelry, and it probably cost me $20 to put together. There's a particular type of satisfaction you get when styling your own looks. Maybe it just reminds me of simpler times."

"My favorite has to be Episode 3, the gold look. Not just for the lip sync moment, but that idea actually came from seeing Raja's gold look from Season 3 which is one of my fav looks ever. My friend Hekature worked so hard in the hot summer heat in August cutting all those metal pieces and sewing everything together to the point where he almost passed out, so it holds a special place in my heart."

"My most iconic moment was my Episode 3 runway look. I wore what was described as a very Valley of the Dolls look. A baby blue soft trench with matching thongs, becoming of one of the top 10 best looks of Season 1. I bought it from a drag queen a week before being cast and had to take it to get it taken in for me. My mother gave me the coin to make it happen. So I think from so much love that this piece was able to make that statement and become one of the first 'wow' runway looks. Thanks mom."

"The bug outfit I wore on Season 6 is one of my absolute favorites, and one that got a lot of attention. It was made by Seattle designer Jamie Von Stratton (who I love!) for a burlesque number I did where I removed the exoskeleton to seduce prey. I made the headpiece. It was fun because the runway was also a performance where I walked in bug-style, and then revealed myself."

"Picking a favorite look of mine is tricky because there are so many I love, but the one that always comes to mind is my finale gown on All Stars 2. It was inspired by a Mugler gown, but more so by a dance recital dress that was passed down from my grandmother to my mother. When I was a little kid I would always sneak into her cedar chest and play in it. It made me feel like a princess and, in a way, recreating that was just a little nod to my mother for inspiring me to be the queen I am today. My girlfriend Dallas Coulter made it along with most of my All Stars 2 looks."

"My oil spill mermaid look from the Snatch Game episode of Season 10 has to be one of the most recognizable and widely applauded looks from the season, if not the entire series in general. SSIK in collaboration with Hana Quist helped bring my concept to life, which was meant to be the antithesis of the stereotypical idea of a mermaid. In doing so, I created a stark contrast and visually polarized myself from the group while also evoking deeper issues such as the environmental impact humans have on the Earth. The irony of embracing the silicon material that was used to create the tail and breastplate is that its existence highlights yet another environmental issue. From the world's reliance on plastics to fashion's (and drag's) emphasis on putting out new looks day in and day out, my high fashion oil spill mermaid look ended up provoking a wide variety of discussions regarding our current environmental crisis, as well as major sustainability issues plaguing the fashion world from couture all the way down to fast fashion."

"I love most of my runway looks from Drag Race, but I think the bearded look takes the cake for me. You only have one chance to make a first impression, so that was my first and last time to make a good and long lasting impression and she did hun. Bianca Del Rio helped me make the jumpsuit. She is a helpful person. I had made these sheer opera length mitten gloves for the look that I thought would be [very] Chanel and delicate, but they ended up looking like elephant condoms. I really wish I didn't wear black boots with it. Darn, but no regrets baby."

"My favorite look from Season 9, would have to be my Club Kid runway. Prior to being cast on Season 9, I was a resident host for Chicago's biggest Club Kid Dance Party, called 'Queen.' I wanted to pay homage to the party, so I started to brainstorm looks that embodied queer royalty. It was inspired by a Maison Margiela ensemble from their Spring 2015 collection. The ochre yellow velvet doublet was by my good Friend Tiger Lily, and I embellished it with countless amounts of safety pins, stones, appliqus and my Shea Coule enamel lip pins. One reason why I really enjoyed this look was because it was such a departure from what else I had shown on previous runways and it was great to show the judges a bit of range."

"Even though these looks sent me home, I think I was most proud to represent my 'Family Look' with these two pieces. I was so proud to stand on the biggest platform for drag in the world and share a message of kindness and inclusion. This runway was the most defining for me in so many ways."

"My most iconic look is from Season 1 is when we had to take things from the 99 cent store and create our own garments. I created the bathing beauty look. I picked the bathing suit look because I thought it was super cute and I've always worn bathing suits as tops. I just put the skirts or cools shorts over them. Then the bathing robe was created by recycled products and inspired by the 1930's films of Metro-Goldwyn-Mayer."

"My favorite and most iconic look is of course my 'Plastique Fantastic' from All Stars 4! The look was designed and custom built for me by Venus Prototype of Los Angeles. Latex from head to toe and worth every bit of sweat. It was the first runway after my return to the competition, so I knew it was all or nothing. I was able to wow the judges and solidify and WIN!"

"My personal favorite runway look from my time on Drag Race would be the horoscope zodiac runway, where I had on my red Libra rose petal dress with the headpiece and all the shenanigans! It was the most painful and most sickening."

"My peach gown was originally my drag mother's, Alyssa Edwards. For the Best Drag runway it was very important for me to be wearing a piece that directly represented the Haus Of Edwards legacy. I had my designer, Alex Navarro, re-purpose the materials to transform the look. The fascinator was inspired by the iconic butterfly headdress of hand-painted turkey feathers from Alexander McQueen's La Dame Bleue Spring 2008 collection."

Welcome to Wear Me Out, a column by pop culture fiend Evan Ross Katz that takes a look at the week in celebrity dressing. From award shows and movie premieres to grocery store runs, he'll keep you up to date on what your favorite celebs have recently worn to the biggest and most inconsequential events.