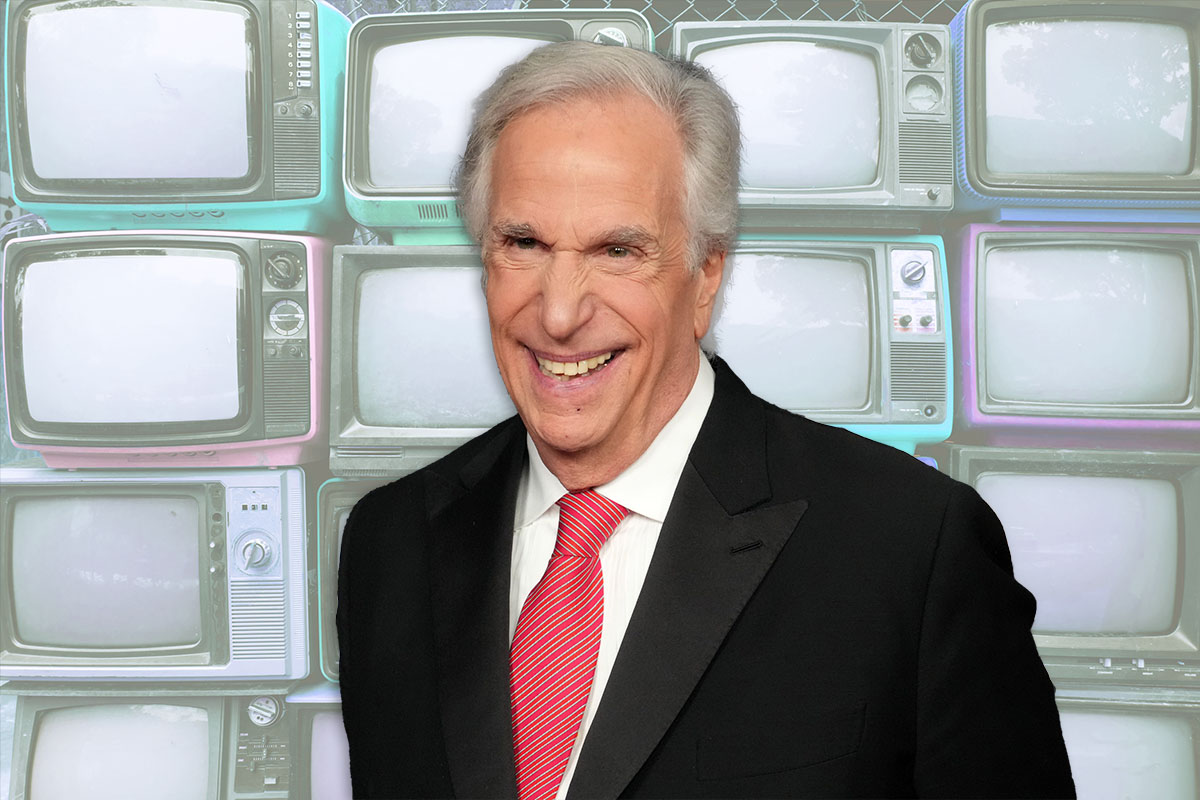 In the show, Winkler plays Tati, Chanshi’s ultra-Orthodox Jewish dad, who is upset when his daughter decides to leave their home and abandon her fiancé.

While “Chanshi” doesn’t yet have an international release date, it’s truly just a matter of time. The 10-episode first season of the show started airing in Israel in December to much critical acclaim. It is also the first Israeli show to ever be screened at Sundance. And along with Winkler, it also has “The Marvelous Mrs. Maisel” star Caroline Aaron.

In an interview with beloved Israeli entertainment program “Good Night With Guy Pines” that aired this week, Winkler talked about the show and also revealed his passion for Israeli TV.

Wearing a flannel robe, the Fonz said that while he was often told to go to Israel when giving talks at synagogues across America throughout the years, it was only when he got the opportunity to work on “Chanshi” that he asked himself the famous words of the Jewish sage Hillel: “If not now, when?”

Winkler, who won a very well-deserved Critics’ Choice Award for his role in “Barry” last week, said that shooting in Israel was not so different from working in the U.S., but he did reveal one particular struggle unique to “Chanshi.” Throughout his time working on the show, he just could not get the name of his onscreen daughter right  — the Hebrew letter chet is tricky to pronounce, after all!

“Every day [on set] they said Chanshi, Chhhhhhhhhanshi,” he recalled, stressing the throaty “ch” sound.

Winkler also revealed that “Chanshi” was not his first run-in with Israeli TV. He and his wife, Stacey, apparently binged quite a few Israeli shows during the pandemic, and he shared his faves.

“‘Fauda’ is one of the great adventure shows of humankind,” Winkler told Pines’ team. He revealed that he was actually almost part of the “Fauda” cast, saying, “They offered me a role but I was in the middle of shooting and I couldn’t do it,” he recounted. Winkler originally met “Fauda” star Lior Raz a few years ago in LA, where the Israeli star introduced himself with a simple and efficient “I’m Lior!” That earned him an invite to the Winkler home for Yom Kippur.

He said that he also loved “When Heroes Fly,” an Israeli drama that stars Michael Aloni (“Shtisel”) and Tomer Capon (“The Boys”), though Winkler couldn’t quite remember the title, calling it “When Eagles Fly” (to be fair, I also struggle with this show’s name, but that’s mostly because the compelling Amir Gutfreund novel it is based on is called in Hebrew “For Her Heroes Fly.”)

“Valley of Tears” is yet another Israeli show that Winkler loved — and rightfully so, because it is probably the best Israeli war epic ever made. He did, however, struggle to remember how many days the 1967 war it is based on is (it’s the Six Day War, Henry!).

Winkler truly has great taste — these are three excellent Israeli shows. And he also added some fun Israeli TV trivia, saying that he’s a big fan of “Homeland” and “In Treatment,” two American adaptations of Israeli shows.

We can’t wait to see Winkler in “Chanshi.” And Henry, if you need some more recommendations, we’ve got a lot of great Israeli TV shows that you really should check out.