This Powers Ranger Trini figure was a huge relief to me. I will admit I found last year's Pink Ranger to be a pretty major disappointment. She had wonky knee joints, a warped shoulder/bicep piece, a bizarre facial expression on her alternate head, and her torso sported a completely different shade of pink than the rest of her. And trust me, I've been scoping the shelves to see if I just happened to get a bad one... but these issues unfortunately seem consistent. So because of this, I was only halfheartedly hunting the recent Yellow Ranger, thinking all the females of the line would be riddled with problems. But I was very wrong. While this figure had its share of issues, they were all cosmetic (details below) and thankfully all the structural issues were not present. This figure is awesome, and suddenly I'm hyped for the future of the line. I immediately pre-ordered the Ranger Slayer and I'm cautiously optimistic about Rita Repulsa (that soft good robe is a hot mess!). Let's check out Trini below! 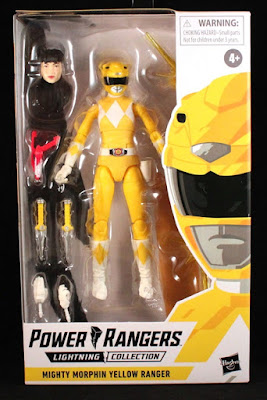 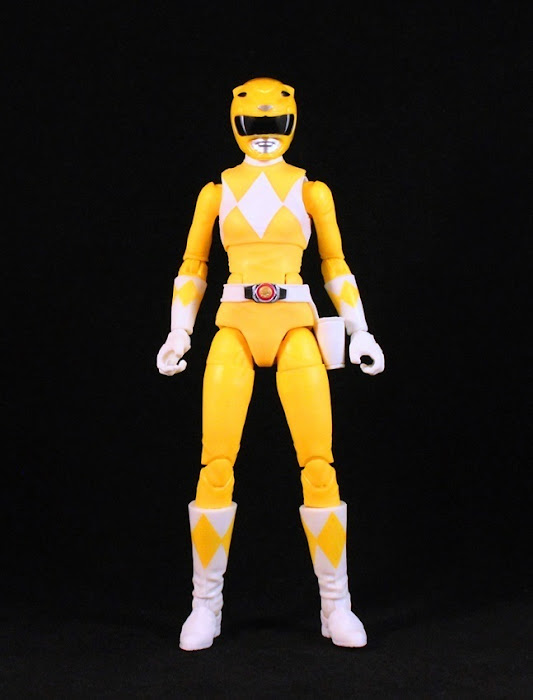 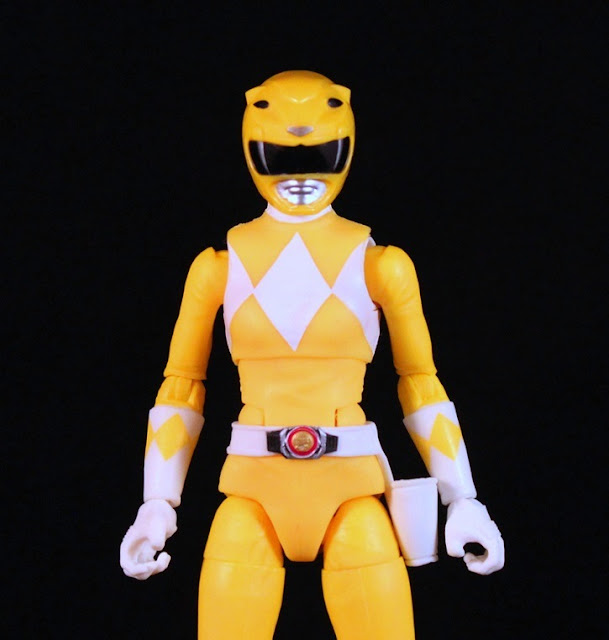 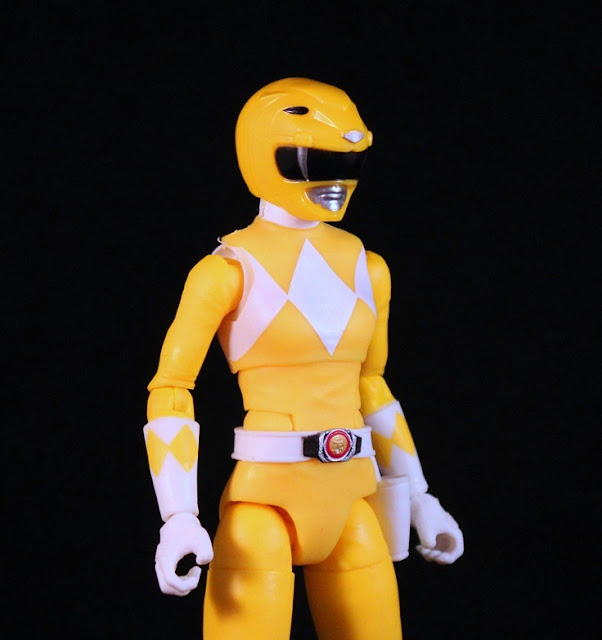 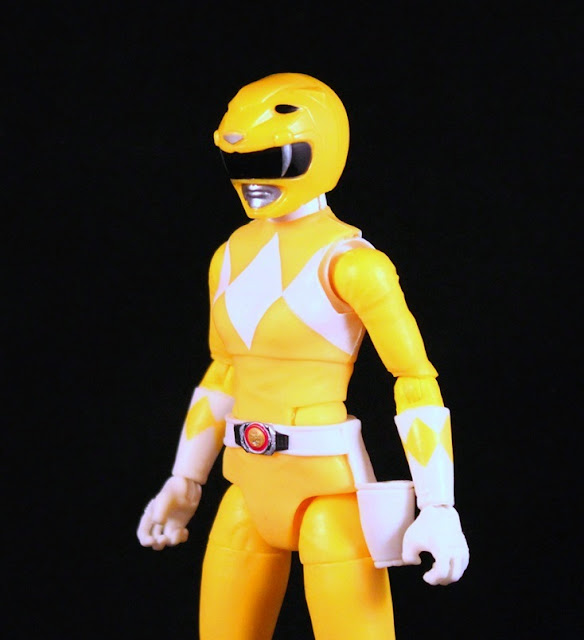 So before I get too far, I wanted to mention the paint quality with this figure. I saw Trini in stores three separate times and they all had similar sloppy paint. By the third appearance I realized I just had to buy her and touch her up myself.  All the pictures in this post are after I fixed her, except for the following. The picture doesn't highlight the flaws well, but in person they were super distracting. She has silver "sabretooth" paint on her yellow mask and on the gloss black of her visor. The black paint on the bottom edge of her visor is uneven. She has missing silver paint around her mouth. There is a red blotch on her chest. And she has a lot of rough plastic flashing at her seams (especially shoulder-to-neck). Any one issue would not be a big deal, but all together it's a little disappointing. 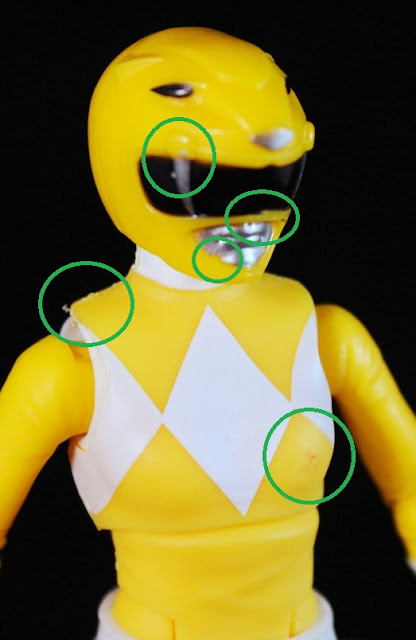 Trini comes with an unmasked head, her signature sais, energy pieces that fit on the end of each sai, an alternate set of hands, and a blaster gun. 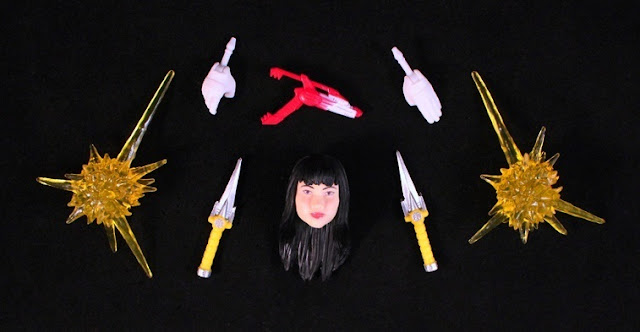 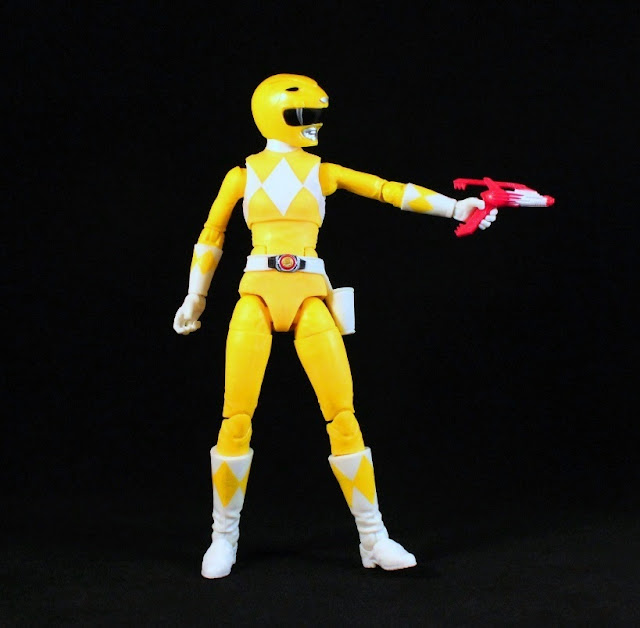 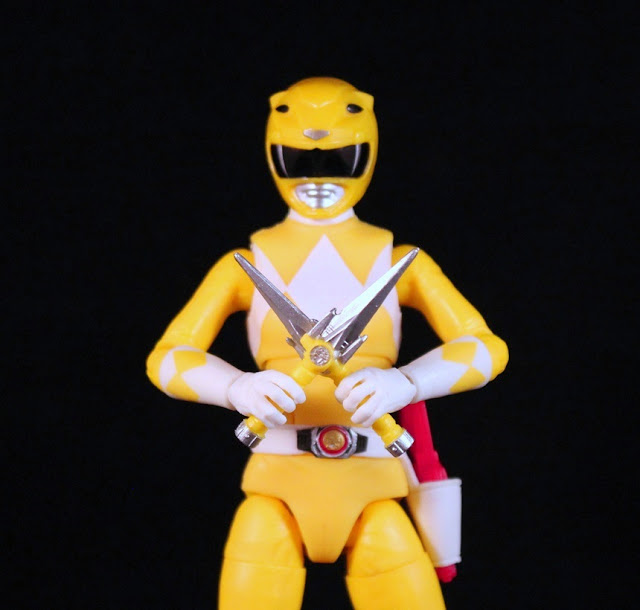 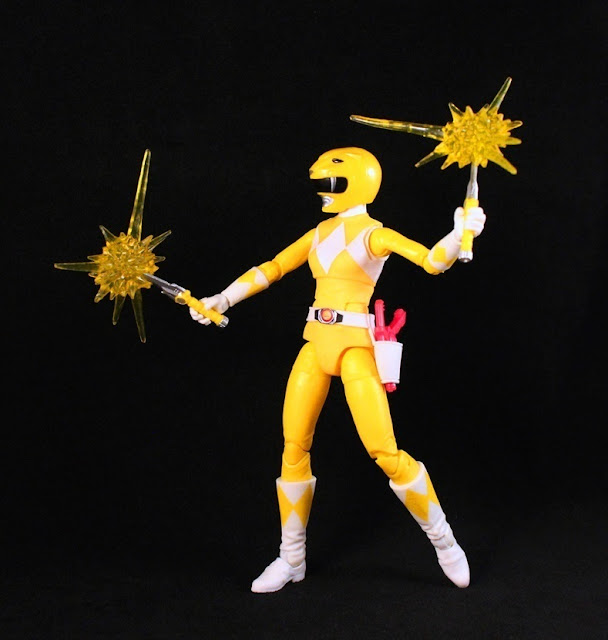 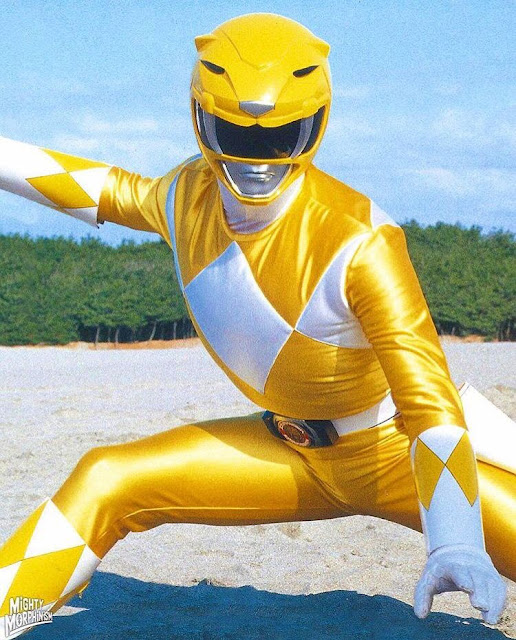 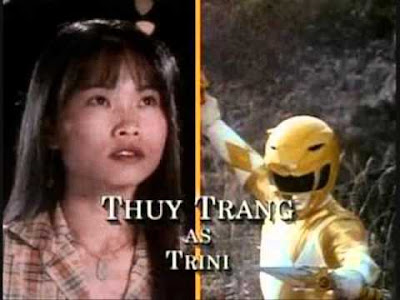 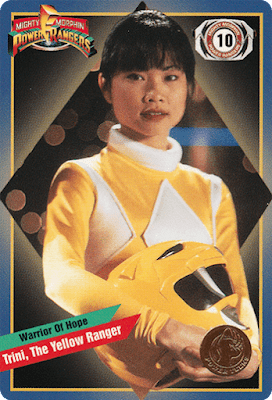 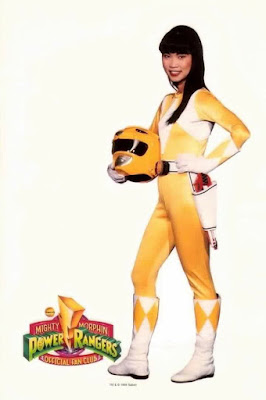 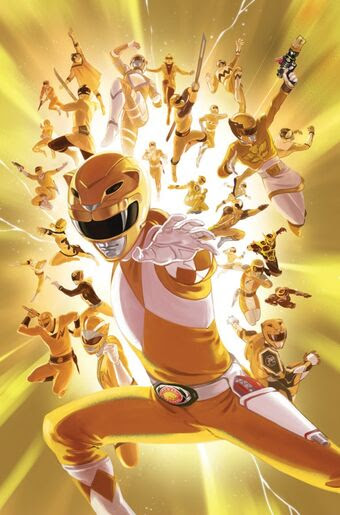 The Trini head looks great. I was really unhappy with the Kimberly head, but this is a major improvement. 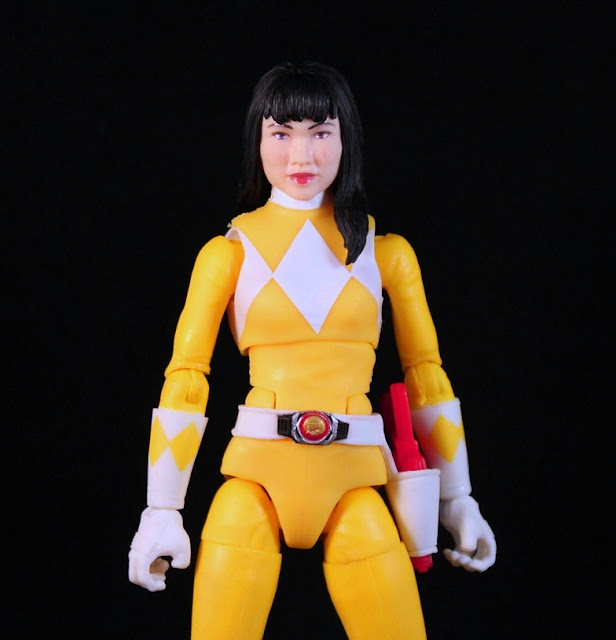 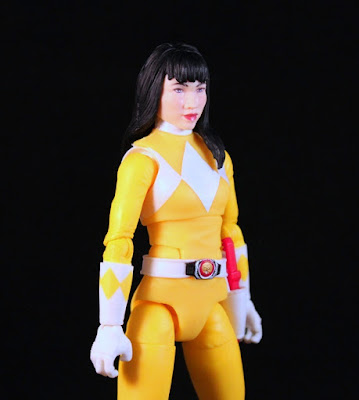 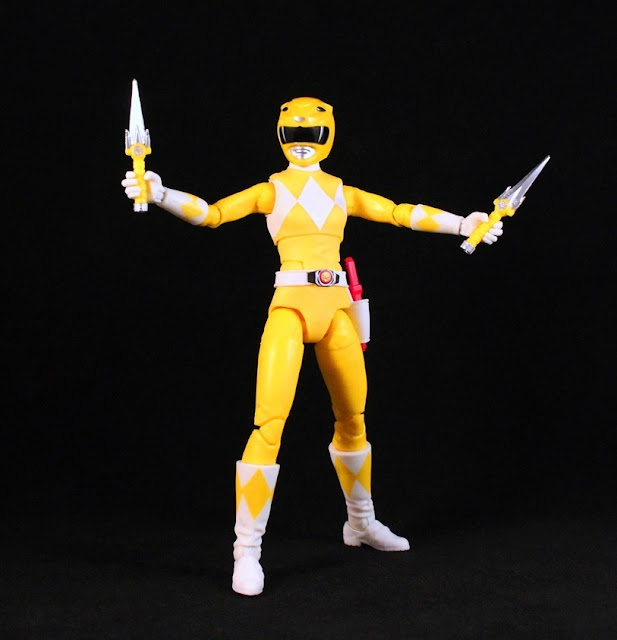 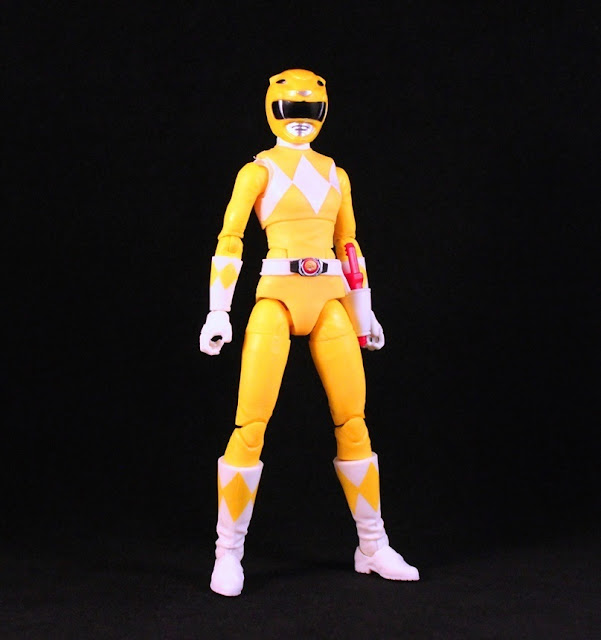 Time for some Group and Comparison Pics!
Here are unmasked Trini and Kimberly together. 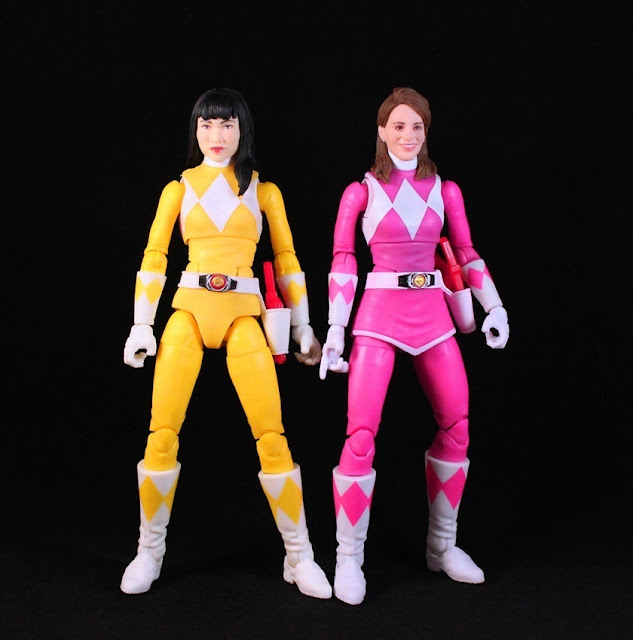 Here is Trini with her Power Rangers Legacy Collection figure from Bandai. 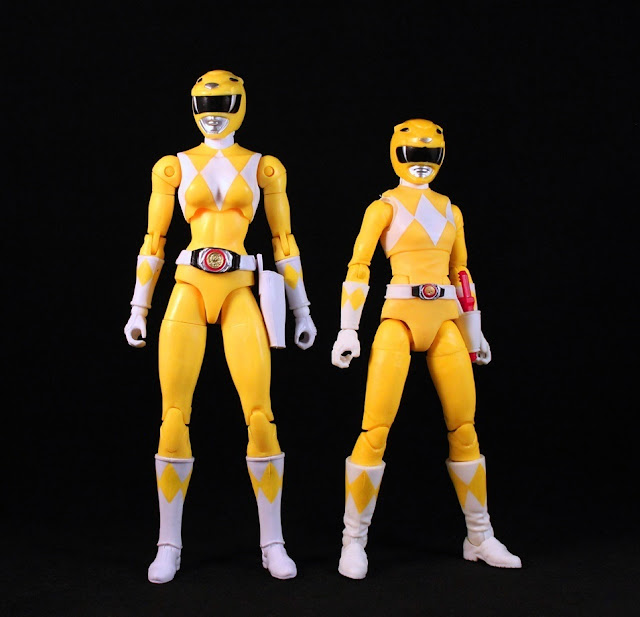 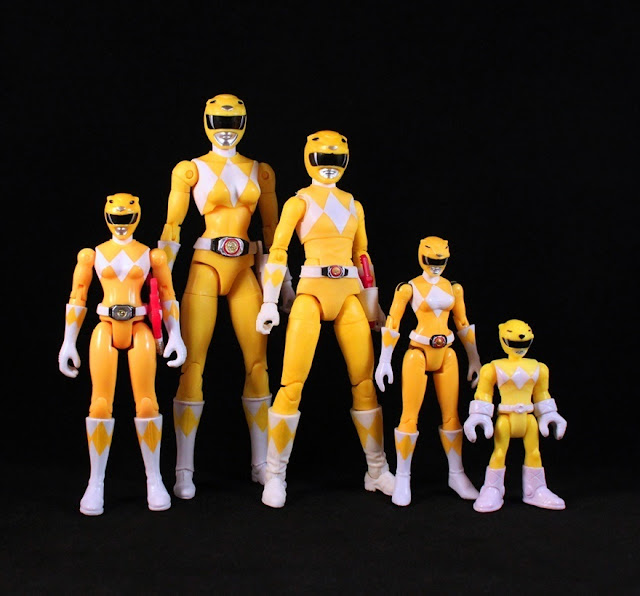 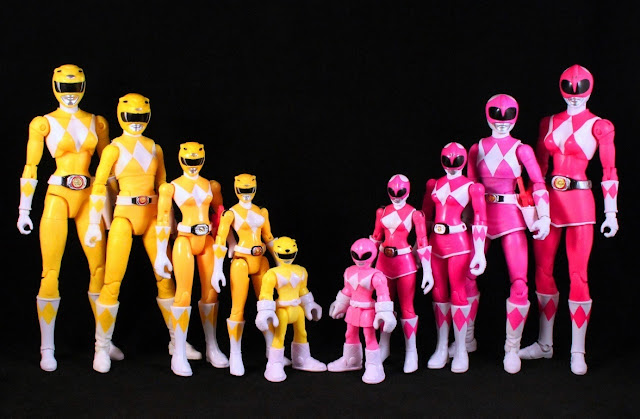