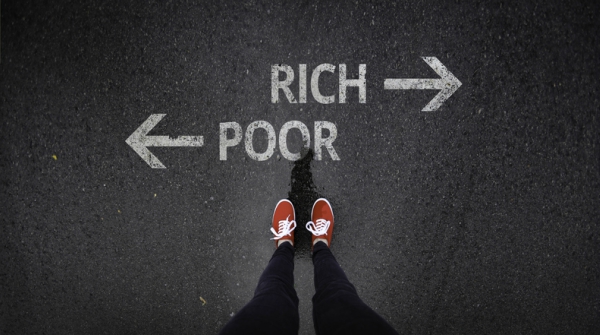 Imposter syndrome at the university doesnt end with a good job

I am Cherokee, born in what was supposed to be the Indian Territory but has become Oklahoma. I was raised by my maternal grandparents, who had nothing in the material sense, but they still left me with a set of ideas that conflicted with everything I heard in the public schools:

I was a smart boy and not destined for a life of hard work and poverty.

I needed to go to college.

American Indians need to be told such things because they remain the least successful ethnicity in U.S. education at all levels. Part of that first point requires an explanation that I hope shakes the stereotype of not just Indians, but all the folk of what is known as the underclass.

Some of the hardest working people Ive known in my long life were also the poorest. Its simply not true that people are poor because they are lazy, and the numbers have begun to whisper the story that the most likely cause of poverty is to be born poor.

Having been raised among people on the bottom of that earnings scale, Im here to tell you that, as a group, they do physically challenging labor for long hours in the interest of merely surviving.

Please let me tell you a couple of stories from my judging days that will otherwise be lost as my memoir goes unpublished.

A woman was brought in front of me from the jail on a charge of violating probation. I was a new judge and I had never seen a file that thick, so I recalled her case at the end of the docket. I needed time to read the file.

She had originally been charged for taking a minimum wage job cleaning offices on the midnight shift and failing to report that income. She was hauled in front of Judge Mary Pearl Williams, who showed no inclination to sentence the woman to jail.

A motion to revoke her probation was filed and a warrant issued, but the Sheriff was up to his ass in more threatening alligators and so he did not send a deputy after a woman charged with failing to report cleaning toilets.

Several years passed. She got a real job that paid enough to support herself and her child. Perhaps her mistake was buying a car because not long after acquiring it, she ran a red light. When a traffic cop stopped her, the probation revocation warrant popped up.

She went to jail. Unable to bail herself out and denied personal bond because she had failed to appear and she had no lawyer, she lost her job. Within a couple of days, she was brought in front of the new judge, Bob Perkins, who did not wish to give her time in jail.

Judge Perkins waived her supervisory fees to shrink what she owed and extended her probation to give her more time to pay the balance.

Jobless again, she quickly fell behind on her payments, got chewed out by the probation officer, and so quit going to meetings out of fear.

A long time later, I became the third judge to see her case. I was a rookie and it seemed like I took forever to read that file while everybody waited for me. When I finally finished, I looked up at my court probation officer and asked her to prepare an order for my signature.

Then I called the case on the record so she would know what order to prepare. Without calling for argument, I said,

the defendant is continued on probation and ordered discharged.

The prosecutor asked, Can you do that?

I guess Ill find out. Do you wish to put an objection on the record?

He smiled and shook his head and I knew that Id gotten away with it and my court chief was not a barbarian.

Another judge came into my chambers wearing a robe and shut the door.

I cannot believe, the judge complained, the legal aid society just burned half a day of court time on a piece of crap.

The judge, red-faced with anger, spat out the story. The plaintiffs car was slipping and jerking when the automatic transmission shifted. He took it to a chain transmission repair shop.

The shop took his transmission apart and opined that the best thing to do would be to replace it with a reconditioned transmission at a cost of over $2,000.

Not having enough money, the plaintiff declined and resolved to drive the car until the wheels fell off or he found a used car he could afford. That plane crashed when the transmission shop demanded almost $2,000 to put the broken transmission back together.

Since then, the man had run out of ways to hustle rides and lost his job. He rushed down to the legal aid society and asked for help.

Legal aid had pulled out all the stops to fast track the lawsuit, and that included begging a quick trial setting from the judge who was now fuming about the case.

I was puzzled. So why was that case not worth half a day?

Half a day? Why was it in court at all? Two thousand dollars? Without the damages under the Deceptive Trade Practices Act, it would have been a Small Claims Court deal.

Did you hear about the car involved? A fifteen-year-old Chevrolet. Why didnt he just buy another one?

Both of these cases, one criminal and one civil, went by in my first year on a county court. My school loans were still hanging over my head, but two degrees from a public university not yet paid for had put me on that Bench rather than in front of it. I could see that, but I could not feel it.

My emotions pushed me in both directions. I would rather be more comfortable with my new status. I wanted to be equal to the others holding the office.

Still, I was afraid of becoming too comfortable. I did not want to be a cog in a machine that during my formative years had run over people like my friends, like my relatives, like me.

I wondered if there was an end to the feeling that in these times has a name: imposter syndrome.
For most of my time at the University of Texas, I could not shake the feeling that somebody was going to tap me on the shoulder and say,

Mr. Russell? On the day you applied for admission, we were hiring for lawn work and your application landed in the wrong stack. Theres been a mistake.

Imposter syndrome dates from 1978, after I graduated. Some hardy scholars continue to explore what that very real feeling was all about. There is a phrase that sums up how it gets started:

The scholar hot on the trail of this phenomenon is a sociologist teaching at the Harvard Graduate School of Education, Anthony Abraham Jack. His book is The Privileged Poor: How Elite Colleges Are Failing Disadvantaged Students. Jack who lived the situation as much as I did suggests that students from unlikely backgrounds who attend private secondary schools are better prepared for exploring the alien land of higher education than those from public schools.

I dont question his observations from having had one year of a private prep school, but I run smack into not having been prepared at all, privately or publicly.

I was halfway to the Red River before my blood pressure returned to normal. Go figure. I was offended that he thought I could not do the academic work but when I began doing it I still wondered whether he was right and I had succeeded only in making myself a stranger in a strange land.

Count me in Prof. Jacks cheering section, but I still have to say that while I recognize that access is not inclusion access is still better than exclusion.

If you believe in the work we are doing here at The Good Men Project and want to join our calls, please join us as a Premium Member, today.