The Fox Theatre at 90: Nine iconic moments in Fox history

The city of Atlanta received perhaps its greatest Christmas gift when the Fabulous Fox Theatre opened to the public on December 25, 1929. In 2019, under the leadership of Fox Theatre President & CEO Allan Vella and the nonprofit Atlanta Landmarks, Inc., the Fox is one of the highest-grossing venues of its size across the globe.

But surviving to celebrate its 90th birthday has been nothing short of miraculous. The future of Atlantas crown jewel of theaters, originally constructed by the Yaarab Shriners, was shaky almost from its start. The Fox opened just two months after the worst stock market crash in U.S. history. To help underwrite construction costs, movie mogul William Fox stepped in to lease the main auditorium. During the Great Depression, Fox himself declared bankruptcy and his beloved Atlanta namesake ended up being auctioned on the courthouse steps for $75,000. 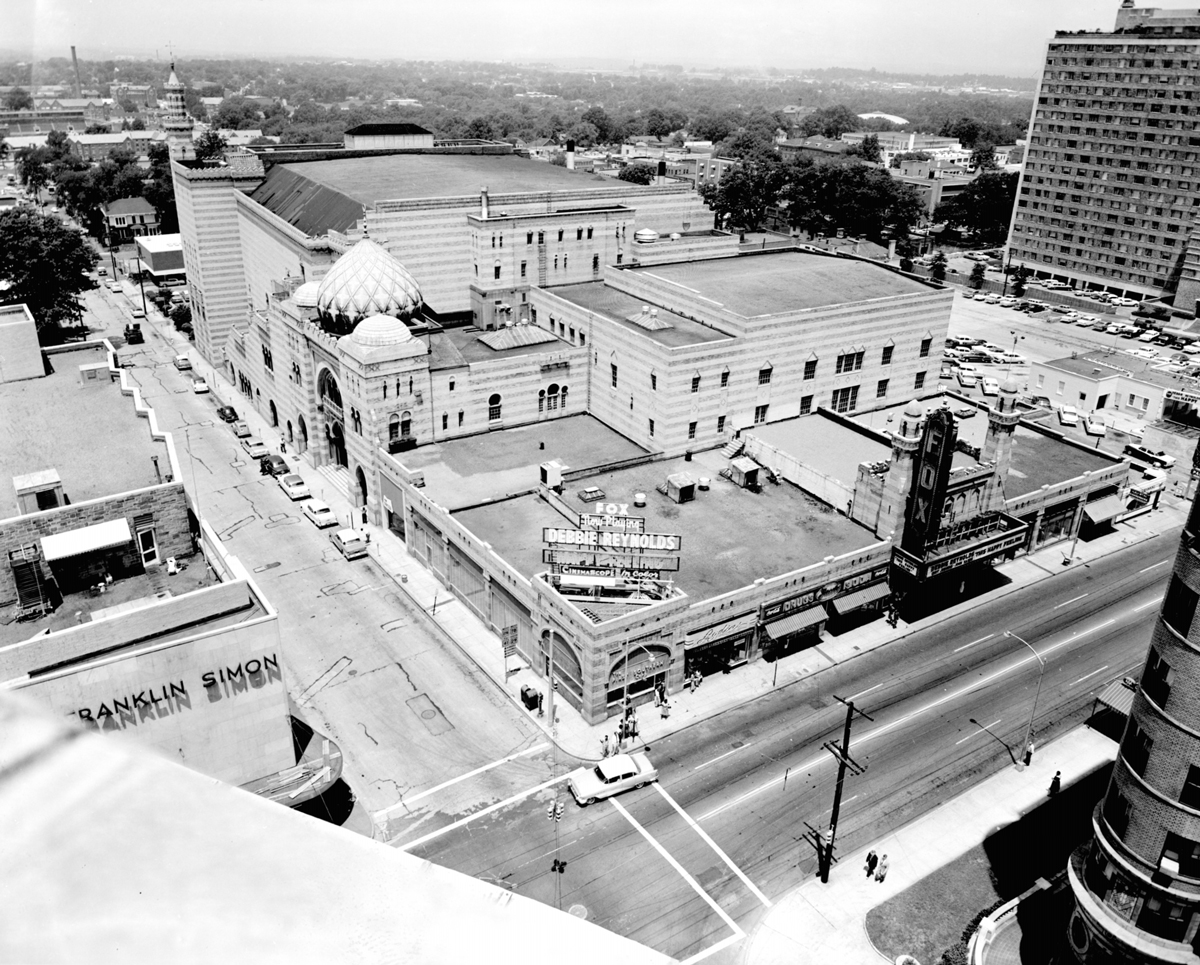 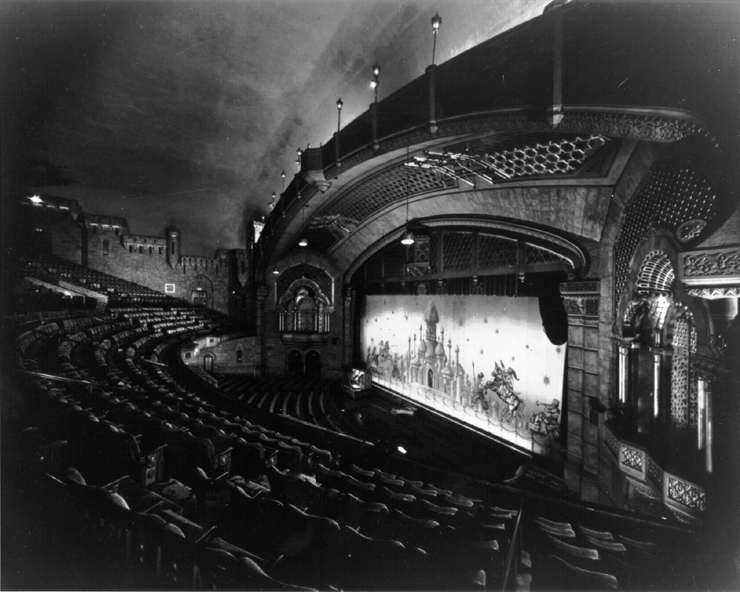 By the mid-1970s, the Fox had fallen into disrepair and Southern Bell was eyeing its lucrative Midtown Peachtree Street address, but Atlantans rallied and saved their beloved theater. In 1996, a fire threatened to engulf the Fox, but thanks to a fast response from the Atlanta Fire Department and the structures famed double-thick brick walls, the theater escaped serious damage.

Were thrilled to be celebrating a 90th year, says Vella. There are so few buildings in any city that survive this long. Thanks to the constant support of Atlantans and people across Georgia, the Fox has remained relevant and successful.

Over the decades, the likes of Walt Disney, Bud Abbott and Lou Costello, Doris Day, Elvis Presley, future presidents Franklin Roosevelt and Donald Trump, John Wayne, Jerry Lewis and Dean Martin, Frank Sinatra, and the Rolling Stones have all appeared at the venue.

The Fox Theatres Grand Opening on Dec. 25, 1929: Even deep in the throes of the stock market crash, Atlantans turned out en masse in frigid cold temperatures to brave a line that snaked down Peachtree Street around to East Ponce de Leon Avenue in order to get a gander at the enormous, ornate theater, which took design inspiration from historic mosques. Inside, Walt Disneys Mickey Mouse short Steamboat Willie, the Mighty Moller pipe organ, a performance of Beach Nights by the Fanchon and Marco dancing chorus, and a screening of the William Foxs talking picture Salutestarring George OBrien and Helen Chandler and directed by John Fordthe first-ever (if rather unremarkable) feature film shown at the Fox.

1946: Walt Disney premieres Song of the South: Although plenty problematic now for its cheery depiction of the post-war antebellum south (and buried for years inside a Disney vault, away from public view), the Oscar-winning mix of live-action and animation was based on the writings of former Atlanta Constitution editor Joel Chandler Harris. So it was a natural fit then for Disney to hold the films premiere in Atlanta. While he praised from the stage, black actor James Baskett, who portrayed the starring role of Uncle Remus and was awarded an Honorary Oscar in 1948, was not permitted to attend the segregated screening. Disney didnt watch the films premiere, instead preferring to nervously pace in his hotel room across the street at the Georgian Terrace. I suffer too much, he explained to Atlanta Constitution reporter Celestine Sibley. Somebody coughed at a preview of Fantasia once and I was sick. I just knew they didnt like it.

1953: The Robe becomes the first movie to be shown in Cinemascope at the Fox: Hoping to stave off box office declines from the television sets popping up in living rooms across America, the Fox installed a massive curved screen in order to show these ultra-widescreen epic films. Or, as the Fox marquee proudly proclaimed, The Modern Miracle You See Without Glasses. The biblical epic, starring Richard Burton and Jean Simmons, is perhaps best known today for a behind-the-scenes celebrity dust up. Actor Stewart Granger reportedly waved a gun at the future Mr. Elizabeth Taylor for bedding Grangers wife, Simmons, between takes on the picture.

1956: Elvis Presley performs a series of sold-out shows: While dismissed as a semi-hillbilly by the Atlanta Constitution, the future King of Rock-n-Roll did a brisk business performing six shows over two days at the Fox in March of 1956. Also on the bill: Country music pioneers Maybelle Carter and the Carter Sisters with June Carter. Top-tier tickets to see Elvis set patrons back an entire $1. (Even in 2019 dollars, thats about $9.50.) Alas, Presleys largely teenaged female fan base had to sit through a screening of the Tony Curtis and Ernest Borgnine boxing drama The Square Jungle before the Elvis even hit the stage with his band.

1962: The Metropolitan Opera Presents Richard Strauss Elektra to the first integrated audience at the Fox: Two years before the Civil Rights Act of 1964, the Fox Theatre paved the way for other Atlanta venues when it voluntarily integrated. The theaters annual appearance of the Metropolitan Opera each spring ended up playing an integral role in the decision. Explains Fox CEO Allan Vella: The Met had African-American operatic stars, so [in order] for them to [not] have any difficulty in either performing or performing in front of an audience that looked like them, as well as being able to get a hotel room here, the Fox and ultimately Atlanta, had to change.

1968: Actor-director John Waynes The Green Berets premieres at the Fox: Between their roles as grand marshals in the WSB-TV Salute to America Fourth of July parade, The Green Berets star and co-director John Wayne and cast including David Janssen, Irene Tsu, Jim Hutton, and the Dukes son actor Patrick Wayne, also attended a lavish premiere of this Vietnam War drama at the Fox on the Independence Day night. The film represented a return to Georgia for some in the cast: portions of the film were shot at Fort Benning and in Columbus.

1975-76: The Save The Fox campaign: As multi-screen movie complexes began springing up at suburban shopping malls, the Fox, now run down and losing money, closed its doors in 1974. Phone company Southern Bell was eyeing the property for its new skyscraper. But Atlantans mobilized, creating the Save The Fox campaign and ended up raising $3 million to preserve the treasured theater. In 1976, the Fox was designated a National Historic Landmark. In 1978, now operated by the nonprofit Atlanta Landmarks, Inc., the Fox finally paid off its mortgage. Says Vella: With the Save The Fox campaign, Atlantans finally hit a breaking point. They wanted to preserve their history instead of replacing it with another glass office tower.

1978: The Rolling Stones play a secret show as The Cockroaches: Weary of playing enormous arenas, the Stones opted to road test songs from its 1978 Some Girls album at smaller venues. To ensure the secrecy of the bands back-to-its-roots theme, tickets went on sale to the public under the band name The Cockroaches. A top-tier ticket at the Fox for the June 12, 1978 concert went for $10 (about $40 today).

2016: Prince performs his final concert: Iconic pop star Prince played what turned out to be the final two public performances of his life on April 14 during his Piano and a Microphone solo tour stop here in front of two sold-out crowds, including celebrity fans Janelle Mone and CeeLo Green. On stage alone, the singer performed everything from Vince Guaraldis Peanuts theme Linus and Lucy to Bob Marleys Wait in Vain. Fittingly, the shows ended with an encore of his signature song, Purple Rain. This wasnt the only final performance at the Fox in this decade: a year later, during his 70th birthday concert celebration surrounded by friends and fans, jam rocker Col. Bruce Hampton collapsed on stage at the Fox and died a few hours later.