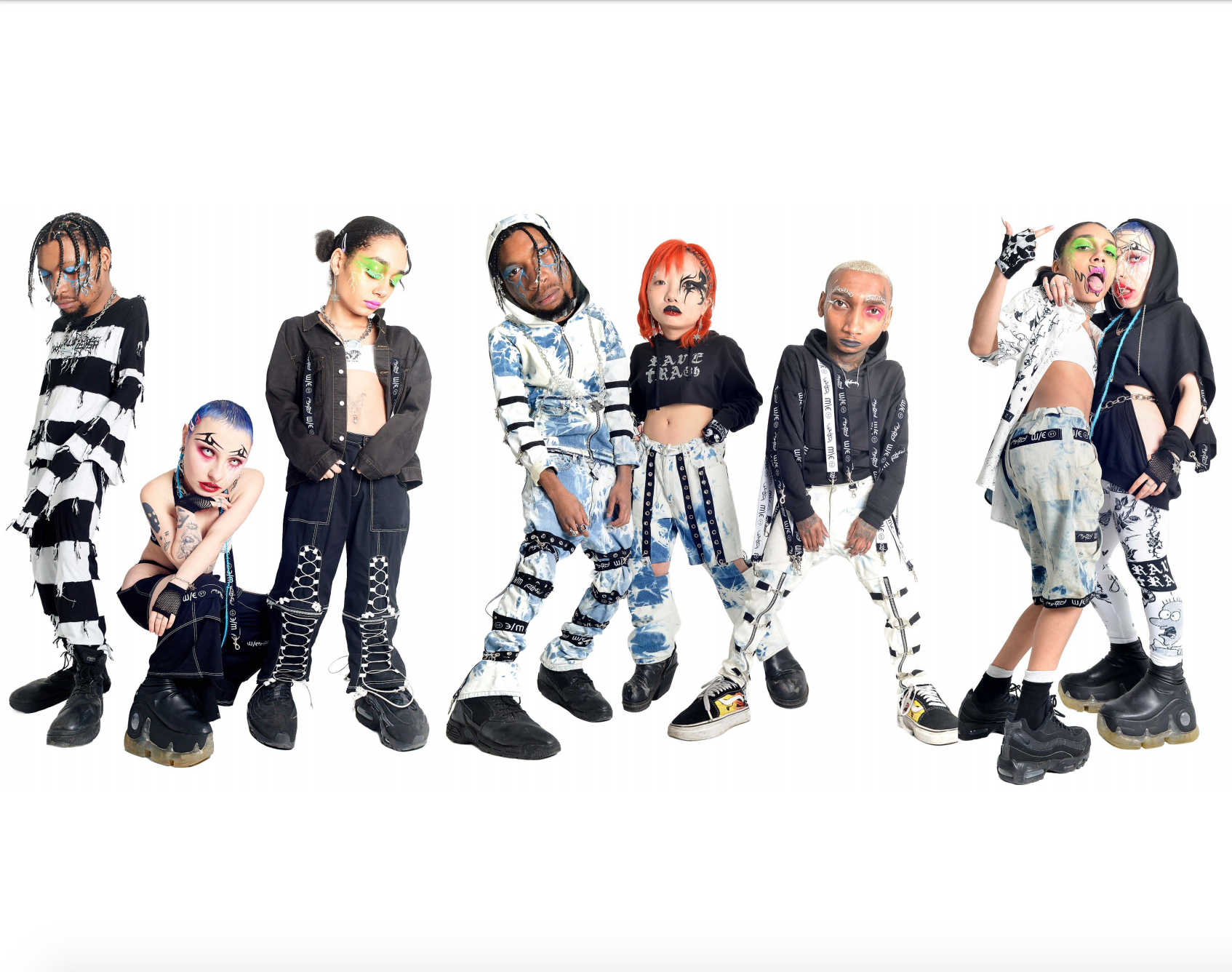 Back in February, after the final day of New York Fashion Week, indie label Whatever 21 put on a different kind of runway show that doubled as an underground, late-night blowout. "Rave Trash," as the collection was called, featured a cast of motley creatures in white contacts, face jewelry and dark makeup while dancing to heavy, thumping sounds.

Founded by Brian Whatever in 2012, the brand explores streetwear and utilitarian elements with a sustainable approach to design. For "Rave Trash," Whatever was inspired by dark club nights while incorporating repurposed and upcycled materials in most of the looks — a trend adopted by a growing number of emerging designers giving discarded materials a new life. 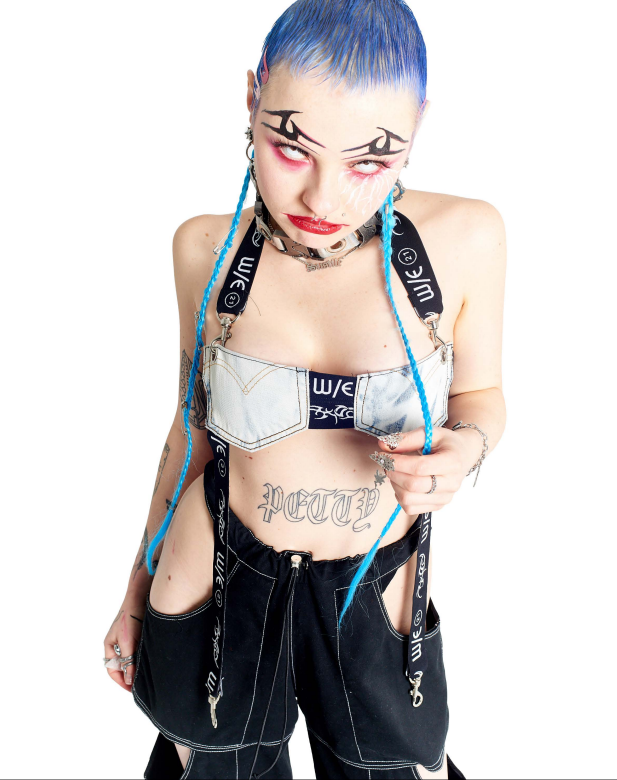 Among the standouts in the lineup are graffiti sports bras, acid-wash denim and skeleton hoodies/gloves. (There's even a "COVID-21" mask the brand says will "keep you dripped out during the apocalypse.") Most pieces are priced affordably as well, with the highest being a $260 denim robe and a strap jacket.

The collection has been releasing on Whatever 21's website in a series of drops, with most items being made-to-order and shipping times ranging from a few days for T-shirts to several weeks for printed hoodies. One of the most recent drops, a "Broken Heart" hoodie, contains black and white stripes sewn from repurposed hoodies. 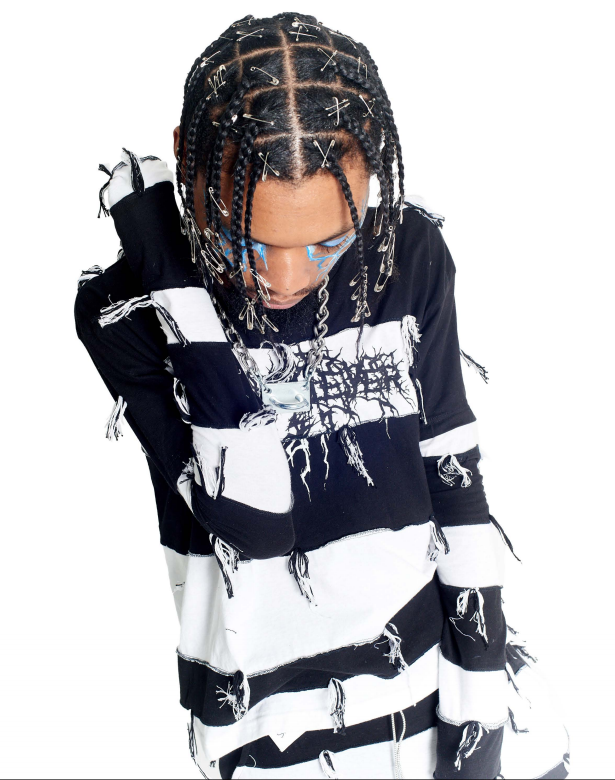 "If something isn't at least a little bit subversive it's boring to me," Whatever, who celebrated his birthday at his show's afterparty, previously told PAPER in an interview. I want to make work that makes people feel something that they weren't expecting to feel. It almost doesn't even matter to me what my work makes them feel as long as they feel something other than nothing."

"Rave Trash" is available now online at Whatever 21. See, below, for a recap video of the full show.

Photos courtesy of Whatever 21/Steve Harwick