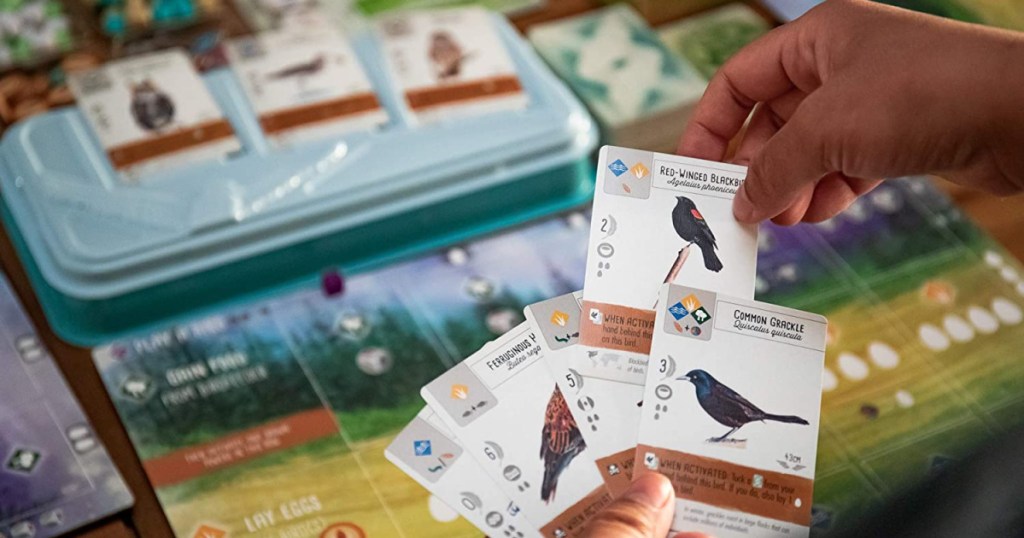 Connecting with teens can be tough, but these board games for teens are ones they’ll actually want to come out of their room for and ask to play!

1. Farkle is an innocent gambling game that can be played with as many as eight or more players. Be safe and take your points you’ve already rolled or keep rolling for more and risk losing them all in a Farkle! This board game for teens will feel like a risky gambling game but is full of innocent fun!

2. Throw Throw Burrito allows you to play dodgeball in the house without getting in trouble for it. 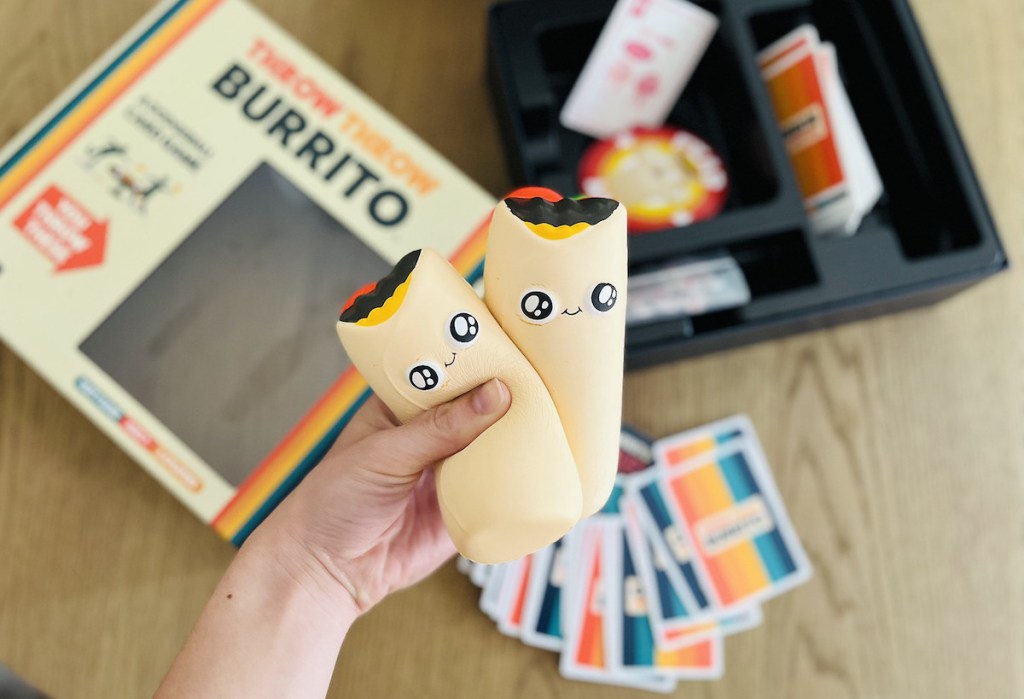 From the makers of Exploding Kittens, you’ll get the entire room up and moving with this fun, fast-paced game. While the goal is to match up your cards, there’s an extra layer of fun when you get to battle it out with the squishy burritos. Plus, it likely won’t take much convincing to allow your teen to throw some foam burritos at everyone. 🤣

Does your teen need some fresh air? The Throw Throw Burrito Extreme Outdoor Edition comes with giant larger-than-life-sized burritos and it’s even cheaper! 🤩

3. Bananagrams is a word-racing game that might drive you bananas but is still totally fun. 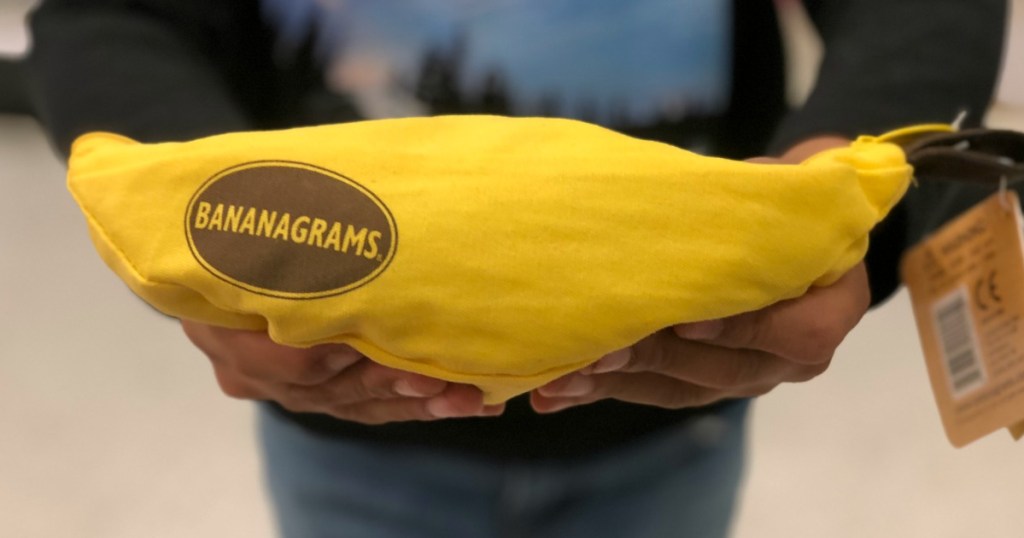 This travel-friendly game is filled with letter tiles reminiscent of Scrabble. Except in this board game for teens, each player will race against each other to create crossword grids. Basically, it’s the anagram game that may drive you bananas. 🤪

4. Codenames is the top-rated party game on BoardGameGeek. 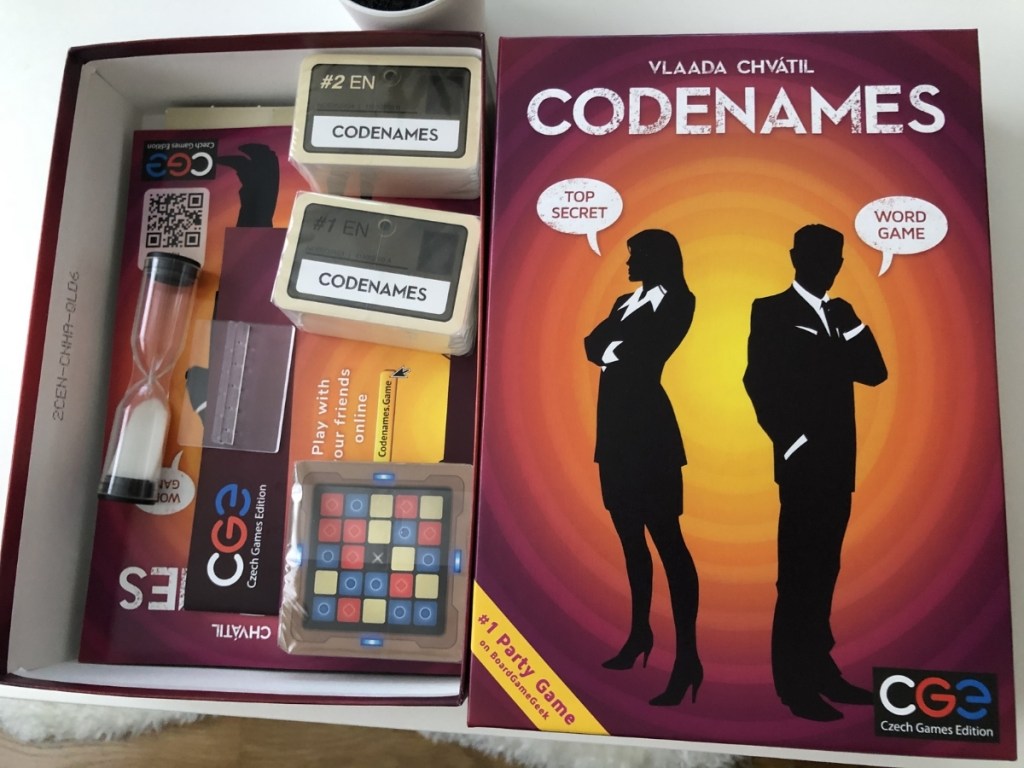 Do you have a little spy living in your home? Teens who love all the juicy details will love this top-rated spy game and we’re told they simply won’t want to stop playing it! It’s a competitive game with the ability to play with up to eight players.

5. Chameleon is Collin’s (our Hip founder) favorite game to play with her big kids. 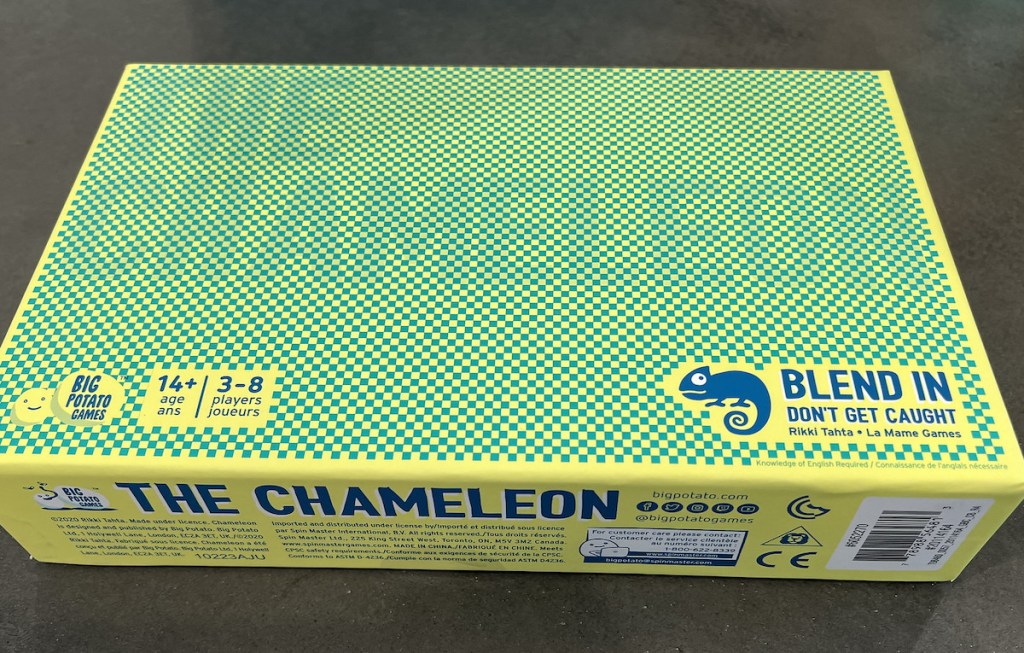 This game is simple. A secret word is selected from one of the topic cards and everyone knows what the word is, except for the player with the Chameleon card. Each player shouts out a related word to prove their innocence and tries to track down who the Chameleon is, but will they blend into the group and escape – or will they get caught?!

This award-winning game is recommended for 3-8 players, ages 14 and up so it’s a board game for adults that’s suitable for all teens. It happens to be Collin’s (our Hip founder) favorite game to play with her kids!

6. Taboo is ideal for large groups and made its claim to fame in the movie Four Christmases. 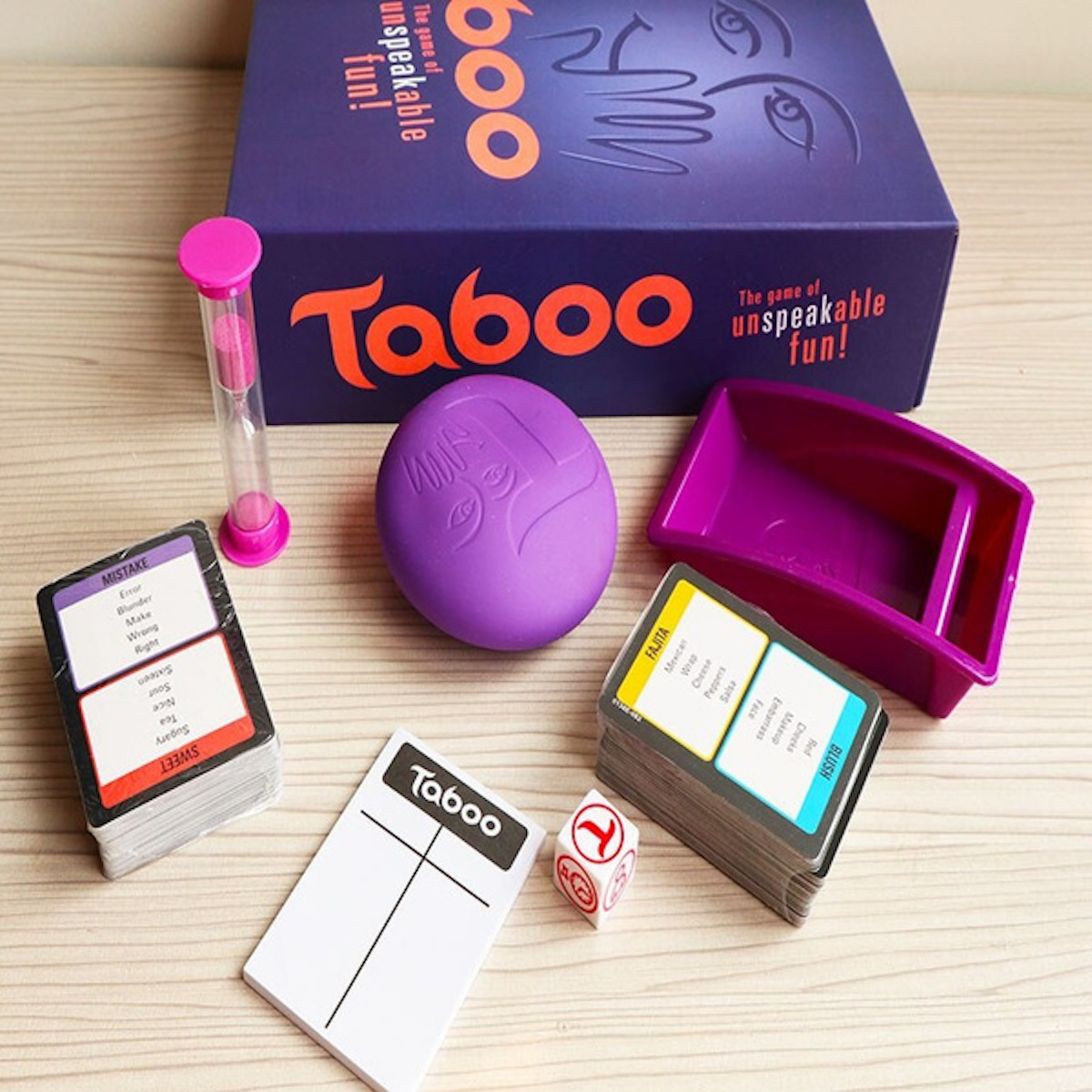 If you’re a fan of the movie Four Christmases, you’re well aware of the hysterical Taboo board game scene. 🤣 While the movie scene is arguably inappropriate for a teen, the game itself is designed for ages 13 and up. Plus, this quick-thinking game is going to vary drastically depending on how you play this forbidden word game. Regardless, it’s a real winner!

7. Wits & Wagers is the perfect board game for teens who already know everything. 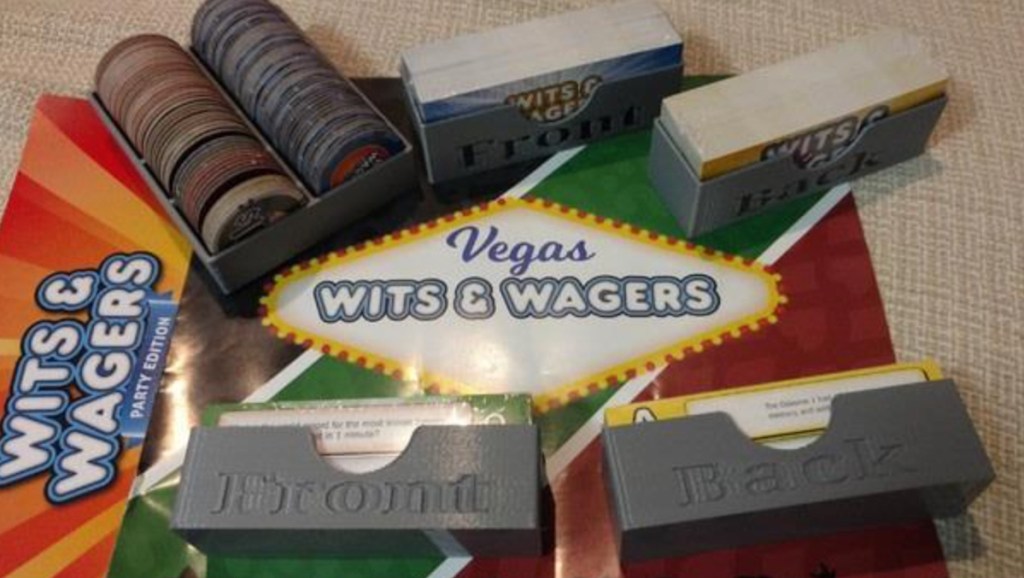 Have a little fact-checker at home? If you have a teen, chances are they think they know everything, but in this trivia game, there’s no winning unless you know all the answers. Put their knowledge to the test with this unlimited number of players game!

8. The Resistance board game for teens will test how well you can detect liars. 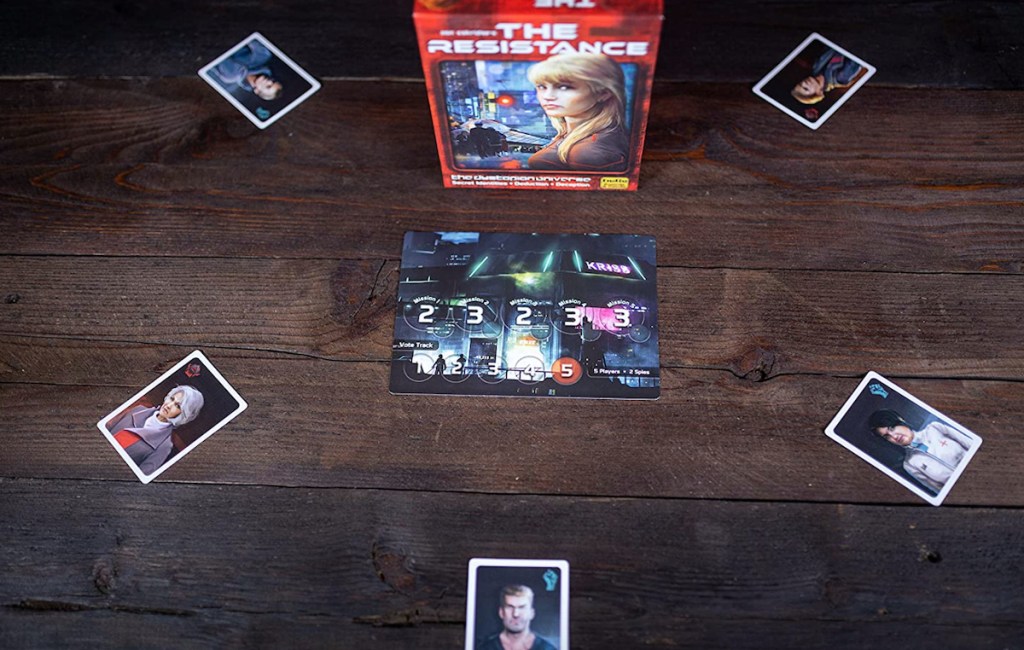 If there’s one thing we know about teens is that all of them are bound to tell a fib at some point in their adolescence. For some, it’s a regular thing, but in this game, their ability to detect it will really be tested. This board game for teens is quick (30-minutes) so if your teen is short on time it’ll be the perfect game for them to let loose.

9. Wingspan is a complex game, but we’re certain it’ll take flight in your home with all the amazing reviews. 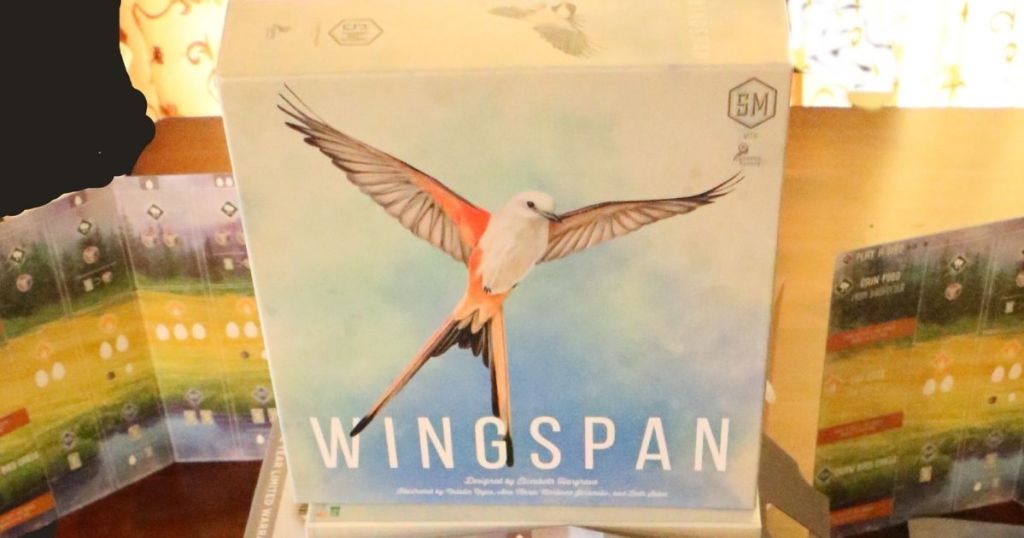 There’s no reason not to try this popular board game for teens with over 7,000 five-star reviews! While the directions may seem complex at first, many reviewers state how relaxing and fun it is once you become familiar. And, no, your teen doesn’t need to be a bird enthusiast to love it. However, after playing we’re told everyone will have a new appreciation.

10. Pandemic is a great team-building game that will help save the world. 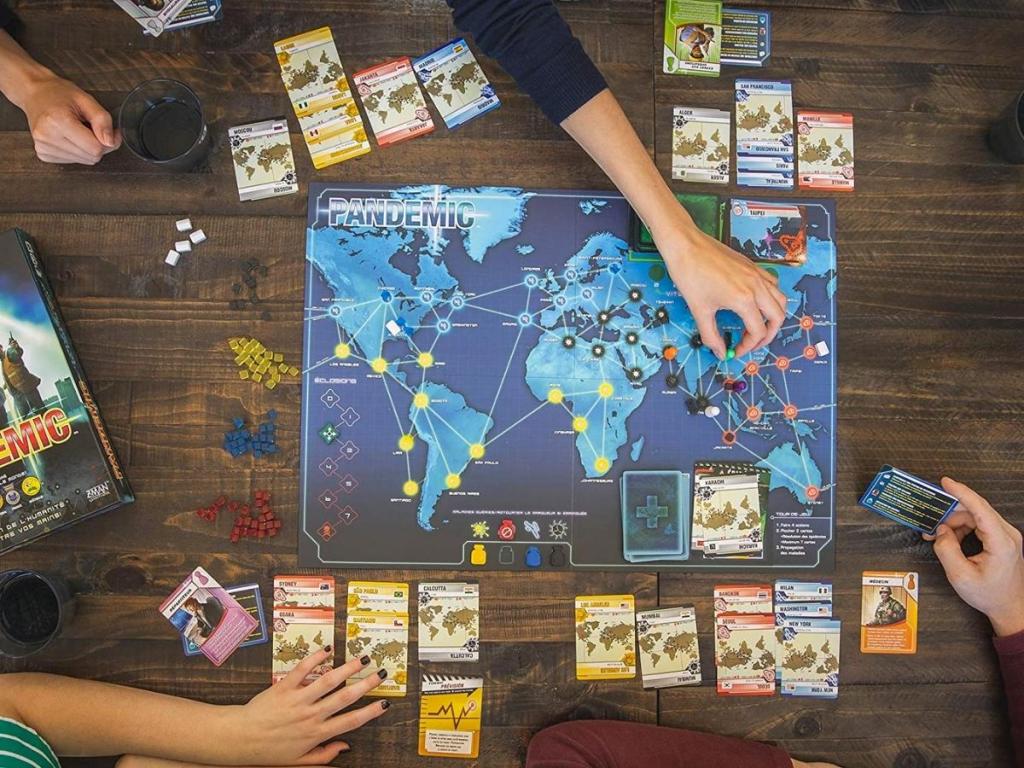 Working on team-building skills at home? Teens will feel like a real family unit when everyone gathers around the table to play this game. Players will work together and work fast as you share knowledge, treat diseases, and fly all over the world to prevent outbreaks and slow down the epidemic. The world is in your teen’s hands…kinda scary, huh? 😅

11. Catan is a clever and strategic board game the whole family will love. 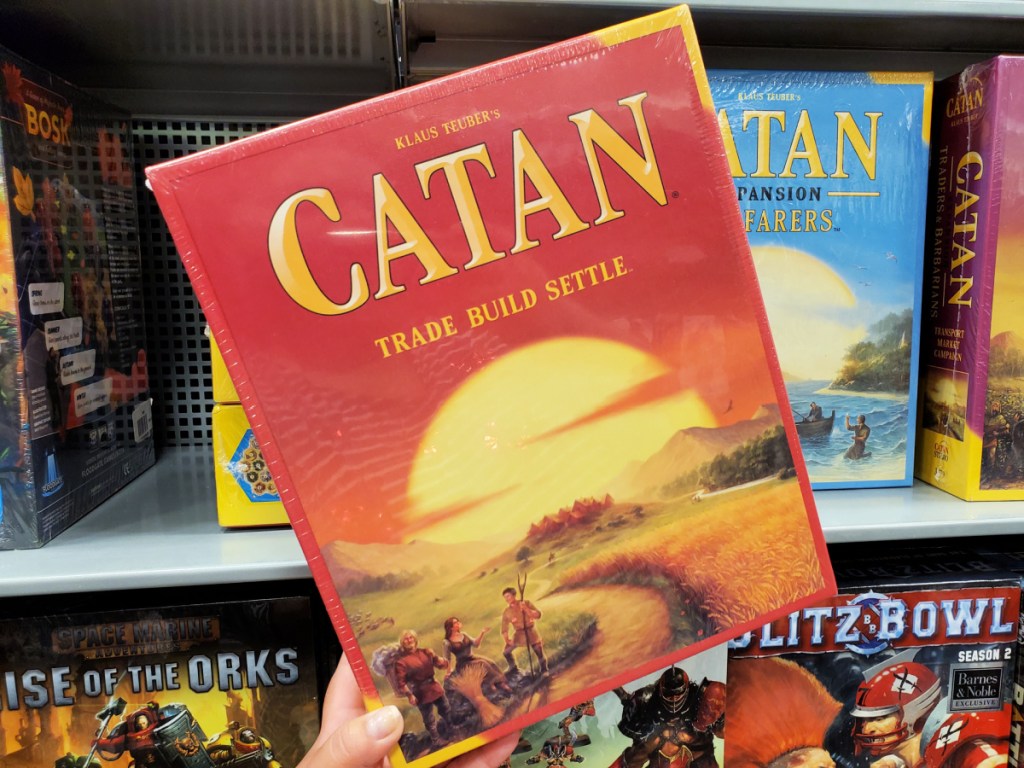 Opponents in this game will use skills like trading and bartering to build their city from a tiny island to a large flourishing municipality. It’s up to each player to pick the perfect strategy and reach 10 victory points to win!

Looking for more board games to add to your game closet?