A Case for Splitting the Bill 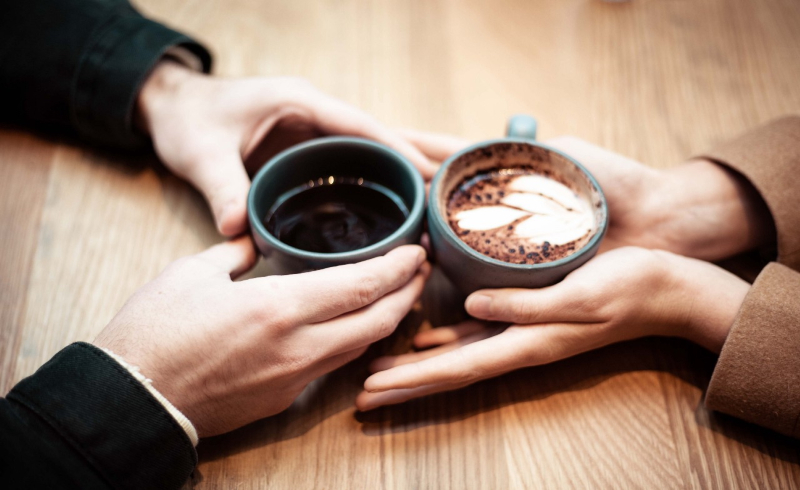 Should you pay for the full bill or go dutch?

The idea that the man pays for the date is mired in tradition. Much like opening doors or giving the woman your coat, such etiquette has been passed down through generations. For a good reason too. These are generally seen as courteous and chivalrous ways to show respect for your date.

But paying for dates is still a contentious issue. You’ll find articles all over the internet about how people think you should or shouldn’t pay for a date. Even men can’t seem to come to a consensus.

This issue is something I often wonder about in my dating life. I’ve been on plenty of dates over the years, and each one was different. There were many times where I forked over a decent amount of money for tickets to the Winchester House or the Monterey Bay Aquarium. There have also been a few times where the woman generously bought me lunch or ice cream.

It’s always a bit awkward when deciding who should pick up the bill. I usually try and do it, but I’m more than grateful whenever my date picks it up for me.

My main reason for paying is this: I want to make a good impression and hope it will increase my chances of landing a second date.

But there was one date that changed my mind.

The Date With Natalie

I’d been talking to Natalie (not her real name) for about two weeks and decided to meet up for dinner at BJ’s. We met at the restaurant, hugged each other, and got a table.

What happened next was probably one of the most fabulous dates I’ve ever had. We talked almost non-stop about almost everything under the sun — work, politics, past relationships, college, video games, and much more. We spend the whole evening swapping stories and telling jokes.

Natalie was the best company I could’ve ever asked for. She was just about everything I wanted in a woman — funny, conversational, humble, intelligent, and entertaining. I couldn’t have found a better match.

It was also the week of St. Patrick’s Day, so BJ’s offered $2 Jameson shots. You can bet that we took full advantage of that deal.

We finished our meals, and I asked if Natalie wanted to get dessert. I pointed out the pizookies, and she told me she was thinking the same thing. So we got dessert and then the bill.

The bill came out to $35. I looked it over and offered to pay.

“Yeah, it’s no problem,” I reassured her. I meant it too.

But she offered to pay for half of it anyways. She gave me her Venmo and told me I could charge her later. I agreed though I had no real intention of ever actually charging her. To me, $35 was a fair price to pay for such a wonderful afternoon.

We talked for a good few hours before leaving. It was 9:00 pm, and Natalie had to go home. Natalie didn’t live far away but worked several towns over. She told me that she often had to wake up at 5:00 am and take public transit for a few hours just to get to work. Her long commute meant that she had to go to bed and wake up extremely early.

I walked her to her car and hugged her goodbye. I asked if I could kiss her on the cheek. Natalie replied, “Come here,” as she grabbed my face and kissed my lips. It was an excellent way to end the night, for sure.

I told Natalie I’d like to see her again and she told me she’d let me know. She wasn’t sure when she’d be free due to her hectic schedule, but I didn’t let that deter my spirits. I drove home, feeling happier and more hopeful than I had in a very long time.

The problem was that she never found time to go on a second date. I’d ask her what she was doing a week or two in advance, but she told me she was booked. Eventually, she just stopped replying to my texts and ghosted me.

I don’t know why it happened. Maybe Natalie decided that we weren’t compatible. Maybe she found someone else. Maybe I did something that night that she didn’t like. (My memory’s a bit fuzzy, and the alcohol certainly didn’t help either.) Maybe she really was busy, after all.

Regardless, I still had her added on Venmo, so I charged her for her half of the date.

Maybe that was petty of me, but I didn’t really care.

Here’s how I see it: There’s no reason for me to invest more than my fair share of the date if it just ends in me getting ghosted. The date would’ve ended the same way regardless if I picked up the bill or we split it. Why should I invest more of my money if I was going to end up with the same result?

Dating costs time and money. A date that ends up in one party ghosting the other is mostly a waste of both time and money. We both wasted the same amount of time, but why should I spend a disproportionate amount of money? If both people pay for their half, it’s even.

I see paying for a date as a sign of goodwill. I like to treat my date if I had a good time and want to continue the relationship.

The idea of men paying for dates is, as far as I can tell, rooted in the belief that men should be providers. But such ways are old-fashioned. Women are obviously just as capable of providing for themselves as men are.

Another argument I often hear is the wage gap. Still, most women I’ve dated don’t have a comparable job or income level. I’ve dated cashiers, clerks, and baristas before. But I’ve also dated software engineers who work for Google, Airbnb, Apple, and Concur, and easily take home twice my salary. Should the engineers pay for all the dates since they earn more than me?

I’ll usually spend more when I know (or am reasonably sure) that I make a decent amount or more money than the woman. However, this arrangement can only last for so long. I’m not exactly loaded with cash and can’t support someone who can’t help themselves.

For example, I was once with a woman (not too sure if I can call it a date) who had just got laid off from her part-time job. She was paying about $1,600 a month for her one-bedroom San Francisco apartment. I did what I could to help her and bought her hundreds of dollars’ worth of groceries via Instacart. I knew that she was barely eating or earning enough to get by, so I wanted to help whichever way I could.

The problem is that this woman was a reckless spender. She was very materialistic and often bought plushies and other cutesy things, especially if they were related to Animal Crossing. Not too long after, she went to the Cherry Blossom Festival and posted a snap of all the Hello Kitty merchandise she’d just purchased.

For the record, her apartment is full of similar items. She barely has enough space to put anything.

I don’t want to sound judgmental, especially since she’s one of my best friends. Still, it’s often difficult and frustrating to help pay for someone who doesn’t want to save their money. Unfortunately, I’ve dated many women in similar situations, but I’ll keep those stories for another article.

The other common argument is that women spend more time and money getting ready for a date than men. They do their make-up, buy clothes, wax their bodies, and may even get their nails done.

There are a few problems with this argument.

The first is that all those things are optional. After all, no woman is required to do her hair or get a manicure for a date. Most women I’ve dated meet me after work and wear their work outfits. I did the same. Maybe they did their nails or waxed their body the night before. I honestly couldn’t tell.

Second, men do it too. I’ve spent hundreds of dollars on new clothes ever since I began dating. I took the advice of a close designer friend and bought and worn items she recommended — button-up shirts, leather jackets, nice shoes, and so forth. I also put on a bit of foundation before every date. Also, should I count the time and money I’ve spent going to the gym and buying protein shakes?

Hypothetically, if I did all that and the woman hasn’t done the same, should she be the one paying? No, of course not. Those clothes are obviously meant to impress her, but I can wear them anytime. They’ll be in my closet long after we part ways.

Finally, I’ve heard women continuously say that they don’t dress up for men. If this idea holds true, why should I have to pay for it?

But don’t just take my word for it. YouTuber Anna Akana can explain it better than I can:

The absolute worst argument is that the man should do all the hard work to show that he’s interested in you. No word on what the woman has to do, though. Just read this mind-blogging excerpt from The Financial Times:

First off, dates don’t have to be expensive. Some of the best dates I’ve ever been on involved froyo, coffee, and/or Chipotle. While all of these things are under 10 bucks, you would be hard pressed to find anyone who doesn’t like at least one of these things. So, if a man can’t part with $5 or $10 to get coffee or Chipotle, he isn’t a keeper. In fact, you should probably run, because he’s either cheap, not that serious, or doesn’t really like you and is using you to pass the time. This isn’t meant to sound rude or condescending, I’m just speaking from my own experience, and mistakes I’ve made in the past.

A man should be pursuing you, and it should be easy on your end as a woman; all you should have to do is show up, and have fun. As a general rule, if dating someone is hard, that is not the person for you, unless there are some extraordinary circumstances. A man who wants to be with you won’t expect you to pay for dates, especially in the beginning.

It’s strange how the person who wrote this article apparently can’t part with $5-$10 either. Anyways, this is a gigantic red flag as both partners should be equals in the relationship. What does this person have to offer besides merely “showing up and having fun”?

Putting all that aside, I do pay for dates quite often. I bought my ex-girlfriend a $150 board game off Kickstarter for Christmas. (Strangely enough, it arrived after we’d broken up. Right now, it’s on my bedroom floor, completely unopened.) I surprised another ex-girlfriend with stuff like a Swedish massage and a manicure. I treated my current girlfriend to a weekend trip to Napa for her birthday.

The bottom line is this: paying for a date is a nice gesture, but it shouldn’t be compulsory. I enjoy paying for dates in many instances, but often feel slighted in others. There’s no one-size-fits-all rule here since every date is different, but it certainly shouldn’t be based on outdated customs.

If you believe in the work we are doing here at The Good Men Project and want to join our calls on a regular basis, please join us as a Premium Member, today.

Talk to you soon.

The post A Case for Splitting the Bill appeared first on The Good Men Project.