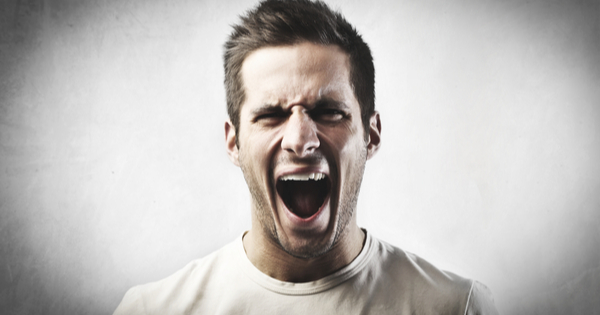 This week was not a shining moment for me. My dishwasher broke a while back and I am in the middle of a warranty battle that is not going my way. There was a moment where I found myself getting increasingly frustrated while trying to navigate the warranty process on the phone. I was being handed off from one automated answering system to another, none of which’s voice recognition software seemed advanced enough to grasp that I had a broken appliance with a warranty. At one moment I found myself yelling at an automated system as the pre-recorded voice politely disconnected the line. Yelling at a computer system over something as trivial as a back-ordered part, again, not a shining moment.

You see, I have a hidden temper, and sometimes it surfaces. Many who read my writing know me personally and may be surprised to hear me say that. That’s because on the surface I generally am all smiles. But underneath the exterior lies a person who I work hard to suppress and educate. That person can be angry, mean, aggressive, and frankly kind of an asshole. I would define that person as a someone with anger issues, or one prone to extreme anger with little or no provocation.

As I write this, I can already see how I try to dissociate from that identity by talking about my angry side in the third person, rather than just saying it like it is… I have a temper and anger issues. Step One to fixing any problem is acknowledging there is a problem, right?

The truth is that this was brought to my attention by my wife a long time ago, she’s a strong and direct woman who was never afraid to tell me when I was being a ridiculous jerk. In spite of her repeatedly telling me this for a few years, I continued to ignore it as a real problem. I’d justify my angry moments with arguments such as:

– ‘You know what, it’s not my fault that their automated answering service sucks, sometimes yelling at a pre-recorded message is just the best way to get your point heard’ or

– ‘Hey, if the refrigerator didn’t want me to yell at it, then it shouldn’t have let it’s compressor go out’.

If you deal with temper issues, then I’d imagine you’ve heard yourself utter similar phrases in the past. As you’d have it, there are plenty of ways to be heard without losing your temper. Furthermore, most times a well thought out and collected argument is going to be far more impactful than blowing a gasket on an inanimate object that isn’t performing as you think it should.

This came to a head a few years ago when my wife asked me to seek help for my temper issues. I was taken aback, could this really be such a big problem that my own family was asking me to get professional help? Either way, one thing I’ve learned in life is that if your loved ones sit you down and ask you to fix something, then you should, at a minimum, be willing to discuss it. And in this instance, my wife already had someone lined up for me to go talk to, so I figured I better take it seriously.

That was two years ago, and I have been seeing a professional counselor ever since. Initially, I thought this was a bad joke… sit and talk about my feelings for an hour a couple times a month with a total stranger? I had better things to do like yell at automated answering services over broken appliances. But since then I have evolved a great deal in my perceptions of seeking help for emotional issues that are causing yourself and others pain.

If you’re a frequent reader, then you know I don’t write without offering some advice. So, here are just a few of the things counselling has helped me put in place to shift my mindset and deal with my anger more productively.

I used to be afraid to have a discussion with someone who was bothering me. I’d simply let things bottle up. The inevitability of this suppression was that an angry eruption would eventually happen on an unsuspecting target (like a broken refrigerator). Months of undiscussed issues would channel into something that really had nothing to do with the root of my anger.

Since learning to be blunter with my loved ones and communities about how I’m feeling, I’ve become far less prone to angry outbursts. Sometimes these conversations aren’t easy, in fact most of the time they’re not. But I can say without doubt that getting that stuff out on the table is a cleansing experience and even tough conversations can only go up once the worst is on the table.

If you deal with temper and anger issues and don’t have a physical activity that you like to do, then find one, fast. This can be anything; hiking, walking, running, weightlifting, rowing, swimming, wrestling, competitive fighting, basketball, soccer, cycling, or literally anything else that is physical.

Once you’ve chosen something, time block it, and defend that time, with your life. Because your relationships with loved ones just might depend on it. I’ve always been active, but I know for a fact that my anger issues are far more prevalent and surface level when I de-prioritize physical activity.

My sport of choice? Boxing. Given the context of the article, the reasons are likely fairly obvious. Boxing is a very aggressive and physical sport. If you don’t channel a bit of frustration productively when you’re in the ring with an opponent, who is trying to take your head off, then the regret will likely manifest in the form of a concussion.

I could (and likely will) write an entire article about the positive mental health benefits of exercise (increased endorphins, improved sleep and thus mood, increased post workout parasympathetic stress response, etc., etc.). However, for this article, the point is, exercise makes a huge difference for our mental health and temper.

As a male, it’s programmed societally to be aggressive, alpha, and on the go. While there is some benefit to these things, I have found that my self-improvement journey took an exponential leap once I started prioritizing healing activities (parasympathetic). These activities can come in many forms; taking a leisurely walk, sitting and watching the sunset with a loved one on the patio, playing a board game with family, getting 8 hours of quality sleep, baking a cake with your kid, throwing a football with your nephew, sipping a cup of coffee at a café (with no distractions), or anything you can think of that is relaxing. The key is to be fully present in the moment (no distractions).

These activities are like an internal reset for us emotionally. The parasympathetic response (opposite of the fight or flight response) holds benefits such as lowering blood pressure, decreased cortisol in the blood stream, decreased heart rate, decreased respiration rate, improved sleep, elicits healing, decreases inflammation, and overall improves our mood.

Once I started prioritizing stress relieving activities like the ones mentioned above, I noticed a definitive improvement in my mood and coping ability for stressful situations.

Reduce Alcohol and Intake of Toxins

A stressful day calls for a few drinks, right? It depends. Once in a while, no problem. But if a few drinks are simply your go to activity to blow off some steam and deal with stress, then take it from me… refer to the points above.

I used to be the first one to crack a beer after a hard day at work. The problem is that regular alcohol consumption has multiple adverse impacts on our mood and mental health. Ultimately drinking alcohol regularly, decreases serotonin, which leads to depression. And for someone with anger issues, this can be a slippery slope.

Once I started prioritizing exercise, parasympathetic activity, and communication with my loved ones all while deprioritizing alcohol consumption, I noticed a huge shift in my ability to control my temper and handle angry moments more productively.

When you know that your emotions are about to run hot, own it. I spent years denying that I had a temper and using justifications to ignore the problem. While I am still far from perfect, I have become far more honest with myself when my temper surfaces in a way that I am not proud of. Don’t be afraid to apologize and own it. Also, don’t be afraid to ask yourself honestly what triggered you, so that you can identify your triggers and thus be prepared for them in the future.

There you have it, a tell all of my temper and how I work to control it. I hope that if you are someone who has experienced angry moments that you find use in this article. It’s never easy to have a mirror held up to your face and not like what you see. But if we can learn from the experience of others, then perhaps we can avoid some pitfalls before they become too deep.

I am far from perfect and still have moments that I am not proud of (refer back to the first paragraph and my brief story of yelling at an automated answering service over a dishwasher this week). But I can say that I use the tools above every single day of my life to mitigate what once was an out of control temper and it has changed my life for the absolute better.

Joey Szolowicz is a Nutrition and Health Blogger and Vlogger. For daily tips join, his community here.

The post Anger Issues — Productive Tips to Handle Your Temper and Save Your Relationships appeared first on The Good Men Project.