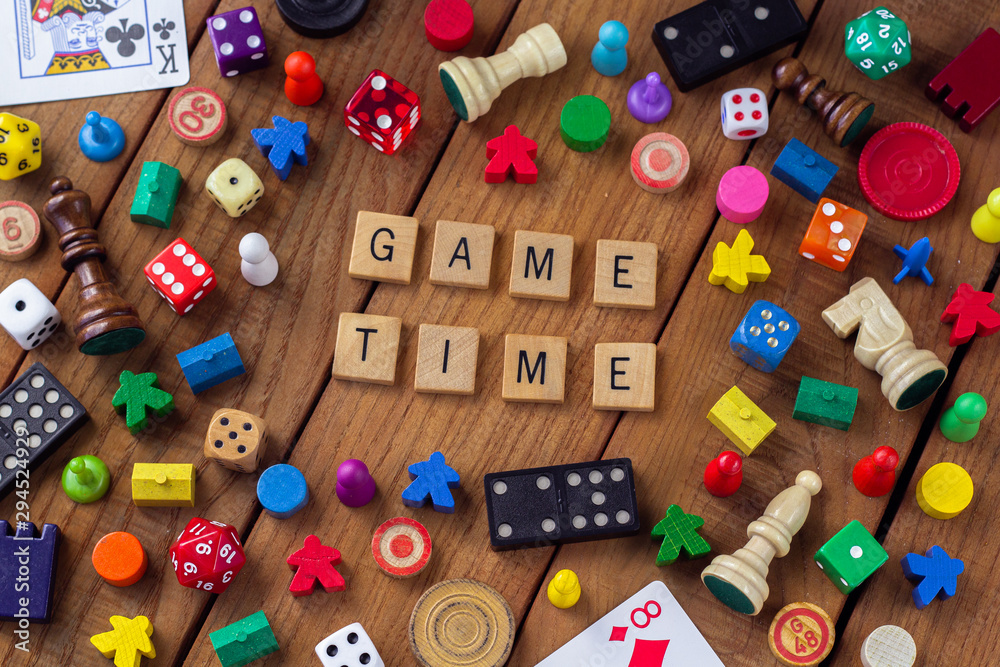 I was late to the game. For most of my life, I was not a fan of board games. Fortunately, I was introduced to the joyful world of board games when I married into the Meyerovich family, who often spend Friday nights playing one of their favorite board games together.

It appears that the Meyerovich family members are not the only ones who are fond of board games; In 2019, the global board games market size was worth an estimated USD 13.1 Billion and is expected to grow significantly in the next few years. Accordingly, we witness a sharp increase in the number of board games released over the past 60 years (Figure 1). These trends present great opportunities for new businesses and products to enter the market of board games.

In this article, I share data-driven recommendations for designing successful board games. My goal is to inform individuals and businesses who are interested in entering the vibrant market of board games. To this end, I conducted explanatory data analysis (EDA) of over 20K board games using R. 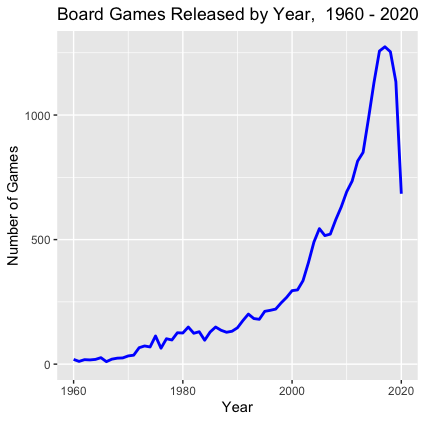 The dataset contains the attributes and the ratings for 20,343 board games from BoardGameGeek (BGG), an online resource and community that aims to be the definitive source for board game and card game content. The dataset was obtained from Kaggle and can be accessed HERE.

The analysis I conducted revolves around my research question: What constitutes highly rated board games? The dependent variable, average rating, is a numeric variable on a scale of 0-10. The density curve of average rating is slightly skewed to the left, with a mean of 6.4 (Figure 2). 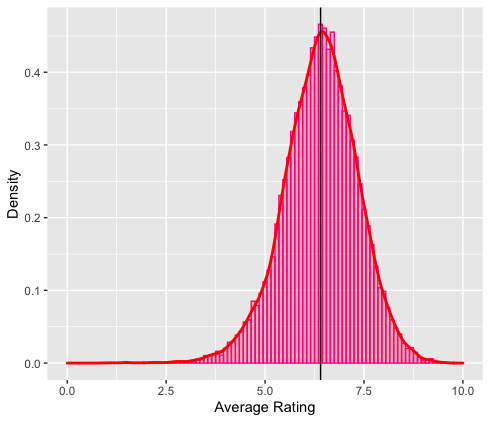 Complexity Average is a numeric variable on a scale of 0-5. High complexity score suggests that gamers perceive a game as relatively complicated, while low complexity score implies that users believe that a game is relatively simple. The density curve of complexity average is skewed to the right, with a mean of 2 (Figure 3). According to Figure 4, on average, as complexity average increases, the average rating rises as well. To better understand the association between the two variables, I divided the number of data points into quartile according to their complexity score and plotted the four groups against average rating (Figure 5). This confirms that complex board games are favorable among BGG users, with a gap of over one point in average rating between games with low and very high complexity level. 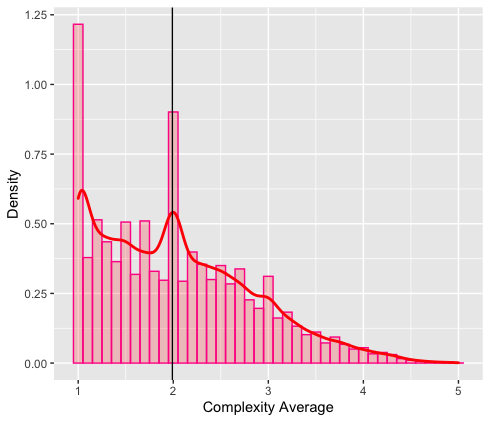 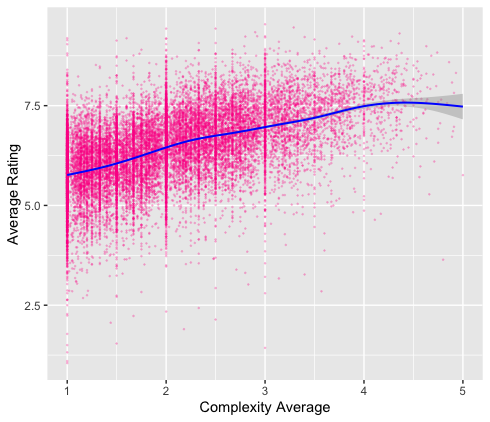 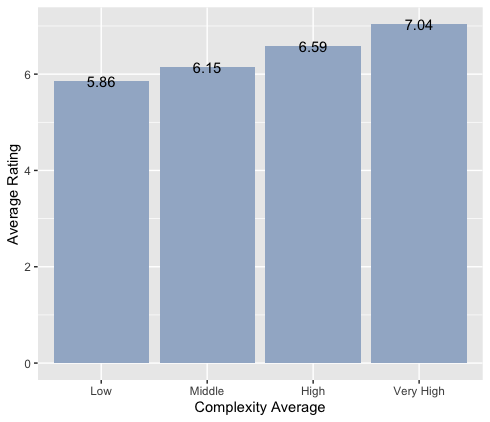 Users prefer long games. Figure 6 visualizes the positive relationship between play time and average rating, suggesting that games with play time of over 90 minutes are more popular among users compared to all other play time groups. 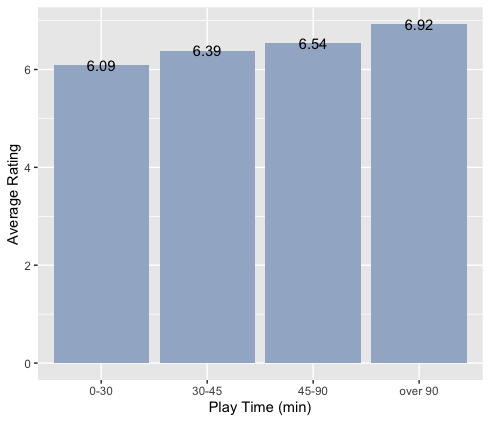 Average Rating by Number of Players 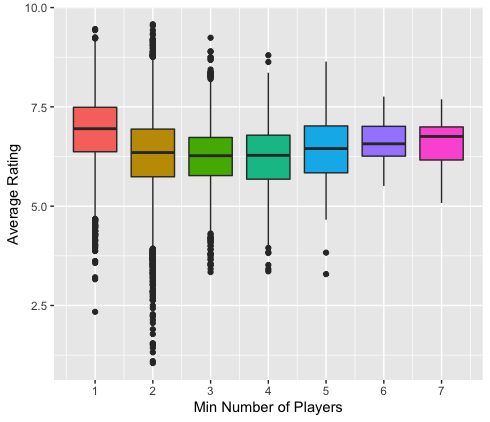 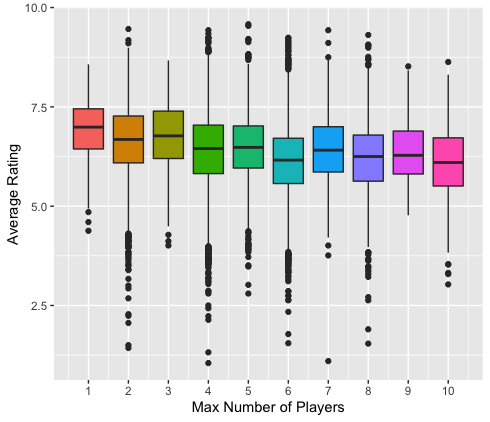 Among all domains, children's games have the lower average rating. To better comprehend our results, it would be informative to have demographic data including age of users. For instance, it is not unlikely that BGG users are more mature, and therefore dislike children's games. 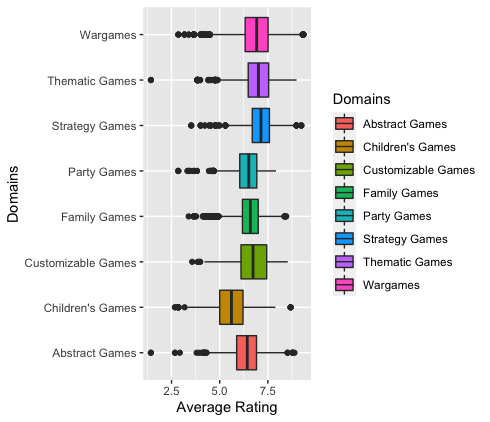 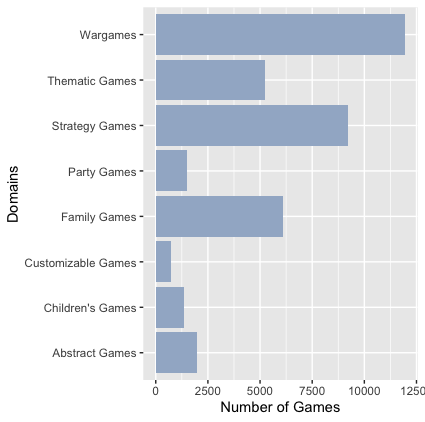 Exploring the link between board games mechanics and average rating resulted in ambiguous results. Hence, I decided to try a different approach by examining average rating against mechanics popularity. I use the number of games in which the mechanic appears as a proxy to its popularity. I then divided the observations into four quantiles by their popularity rank. Figure 11 indicates that mechanics with very high popularity level, on average, have lower rating compared to less popular mechanics. This suggests that users are interested in more unique content. Mechanics with very high popularity level include well-known mechanics such as dice rolling, simulation and set collection. 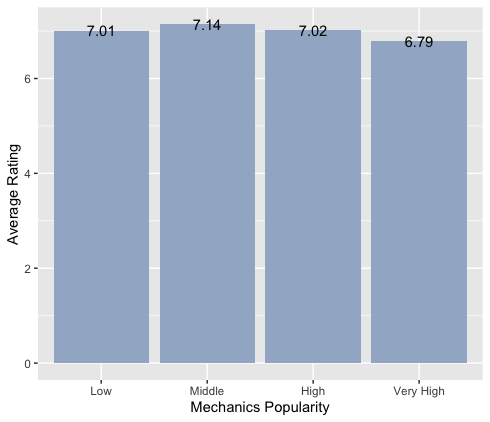 What constitutes highly rated board games?

To identify additional factors associated with high rating, I recommend conducting sentiment analysis of BGG board games reviews. Sentiment analysis is contextual mining of text which identifies subjective information in source material. By analyzing board games reviews we may extract meaningful information on the social sentiment of certain board games features and gain a better understanding of why users like/dislike certain games.