Cardboard Cinema: All Your Favorite ’80s Movies Are Now RPGs 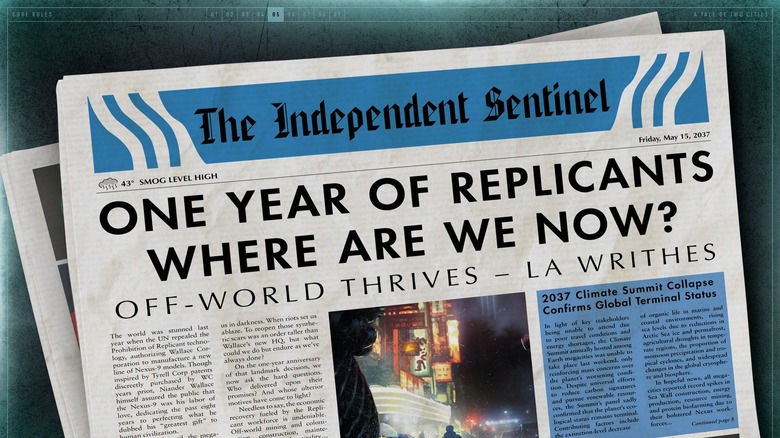 (Welcome to Cardboard Cinema, an ongoing series where we look at board games inspired by or connected to our favorite media. In this edition of our monthly round-up, we take a look at new games based on "Firefly," "Jurassic Park," "Blade Runner," and more.)

When you write a monthly column highlighting film-inspired tabletop games, you're always at the mercy of the licensing gods. For every delightful and unexpected release -- a "Rear Window" adaptation! Who would've thought? -- the nature of exclusivity means it is usually pretty easy to keep an eye on what's happening in the industry. Every now and then, though, the stars align, and you are served just a ridiculous banquet of licensed games.

This month's edition of Cardboard Cinema is heavy on tabletop roleplaying games, and for a good reason: damn near every movie franchise from the '80s is hitting Kickstarter over the next couple of weeks. But that doesn't mean board game fans are left high and dry. With a new "Firefly" adaptation and a must-own set of "Jurassic Park" miniatures already for sale, there is truly something for everyone in the world of tabletop right now. May the gods have mercy on your poor, poor wallets. 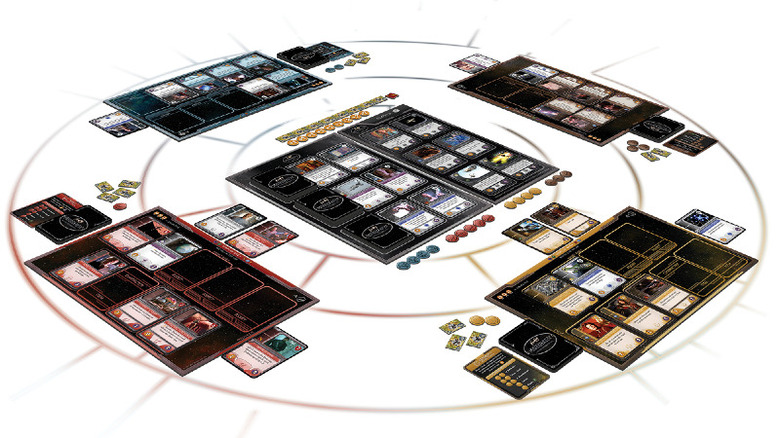 Has any show ever had a higher episode-to-game ratio than "Firefly"? The popular sci-fi western may have only lasted 14 episodes, but its impact on the world of tabletop has been robust, with a wide variety of light and complex adaptations to its name. Of course, the best games are the property of publisher Gale Force Nine, whose "Firefly: The Game" and "Firefly: Adventures" offered fans of the show a deep dive into the world of the Alliance and the Independents. And now Gale Force Nine is at it again with "Firefly: Misbehavin'," a deckbuilding game set to release in 2022.

According to the publisher, "Firefly: Misbehavin'" will allow players to take on the role of different factions from the series, ranging from the dystopian Alliance to the beloved crew of the Serenity. Each faction comes with a unique starting deck, and over time, players will compete for influence and power in different locations of the 'verse. The game also suggests a built-in story mode, which will allow you to take on additional Episodes for more progressive gameplay. And with a player count of 2-4 players, "Firefly: Misbehavin'" promises to be a bit more open than some of the other deckbuilders out there, allowing you to reunite your college watch party group for a few new adventures in the "Firefly" universe.

Be More Human Than Human In The Blade Runner RPG 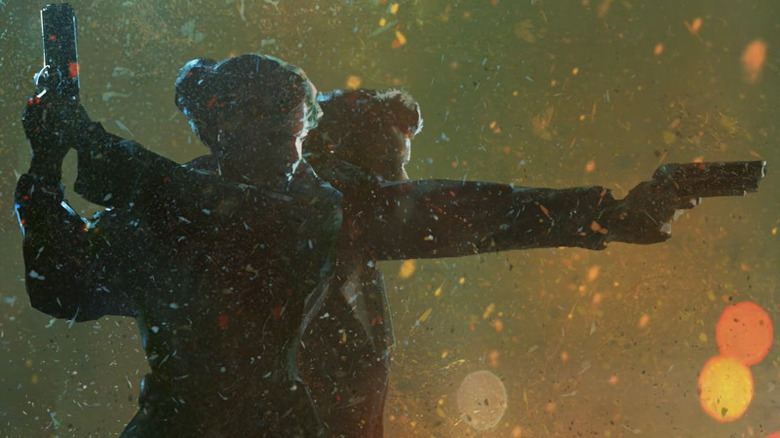 One of the things I have always admired about Ridley Scott's "Blade Runner" movies is their opacity. While some franchises leave all their best ideas on the screen, the "Blade Runner" films only seemed to be scratching the surface of a vast mythology. So maybe that's why I was so unsurprised to see Free League Publishing announce their latest title: "Blade Runner: The Roleplaying Game," a new RPG that encourages players to take on the titular role of replicant hunters. And like so many Free League titles, the new game -- which was funded on Kickstarter in three minutes -- offers enough artwork and canonical backstory to serve as a pretty passable coffee table book.

While the "Blade Runner" license will attract plenty of crossover fans, the real hook here is the presence of Free League's Year Zero Engine. This ruleset was popularized in games like "Mutant: Year Zero" and the "Alien" RPG and -- for my money -- provides a more engaging system for players than its higher-profile competitors. This is thanks to mechanics that give the players a push-your-luck gambit and more direct control over narrative swings. In fact, given the scripting tissue that connects Ridley Scott's two franchises, it seems only a matter of time before someone mashes up the two games into one dynamic universe. 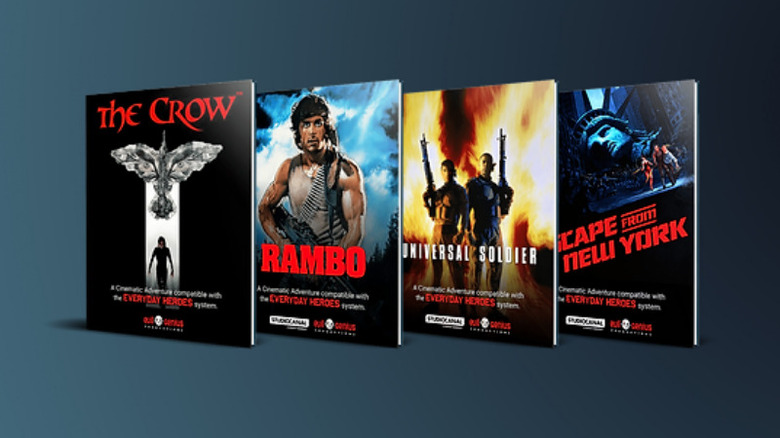 And speaking of roleplaying games -- if "Blade Runner" is not your sci-fi franchise of choice, you are about to have an embarrassment of other titles to choose from. Decades after the success of the d20 modern roleplaying system -- one of the first TTRPG systems to bring games into a contemporary setting -- publisher Evil Genius Productions is launching an updated version of that system called "Everyday Heroes." And to top it all off, the designers have licensed a true murder's row of '80s and '90s films for standalone modules and characters.

Using "Everyday Heroes" as the core system, players will be able to offer licensed adventures set in the worlds of "Pacific Rim," "Kong: Skull Island," "Highlander," "Escape From New York," "The Crow," "Universal Soldier," "Total Recall," and "Rambo." Whew. These modules, which Evil Genius Games calls their Cinematic Adventures, will be available as part of the upcoming Kickstarter campaign later this month. How Evil Genius was able to secure the rights to so many different movies -- especially with the recent boom in popularity of TTRPGs -- is probably the stuff of dreams (or nightmares) for the entertainment attorneys of the world. For now, though, cinephile DMs can salivate at the prospect of recreating their favorite movies from the comfort of their kitchen table. 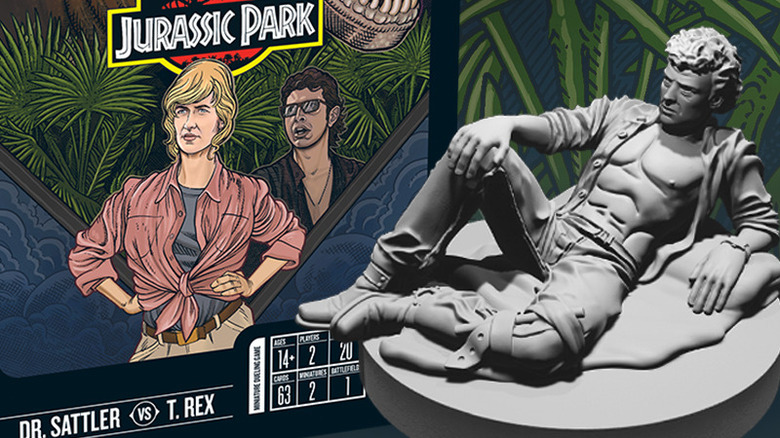 It's no secret that we're big fans of the "Unmatched" series of miniature games here at /Film. Like, big fans. So while any new expansion -- licensed or otherwise -- is a welcome addition to their growing collection of add-ons, it's a little extra special when they dabble in a franchise like "Jurassic Park." In their latest addition to the series, Restoration Games is pitting two fan favorites against each other. In one corner, you have the mighty T-Rex. In the other corner? Why, it's Dr. Ellie Sattler -- and an Ian Malcolm miniature that immediately becomes the best sidekick in the "Unmatched" oeuvre.

This is the second "Uncharted" title to take advantage of the "Jurassic Park" license. In 2018, Restoration Games released "InGen vs. Raptors," which pitted the unfortunate -- depending on your knowledge of the book -- Robert Muldoon against a trio of raptors. And since each game is designed to be paired with any other "Unmatched" title, this new expansion will finally give players a chance to create the Dr. Sattler and velociraptor showdown we've always wanted (or, if you're a sociopath, Sattler and Muldoon, I guess). Needless to say, at least two /Film writers have already ordered their copies.

Read this next: 10 Anime Movies That Deserved To Win The Oscar For Best Animated Feature

The post Cardboard Cinema: All Your Favorite '80s Movies Are Now RPGs appeared first on /Film.