Could this be the end of Star Wars Armada? 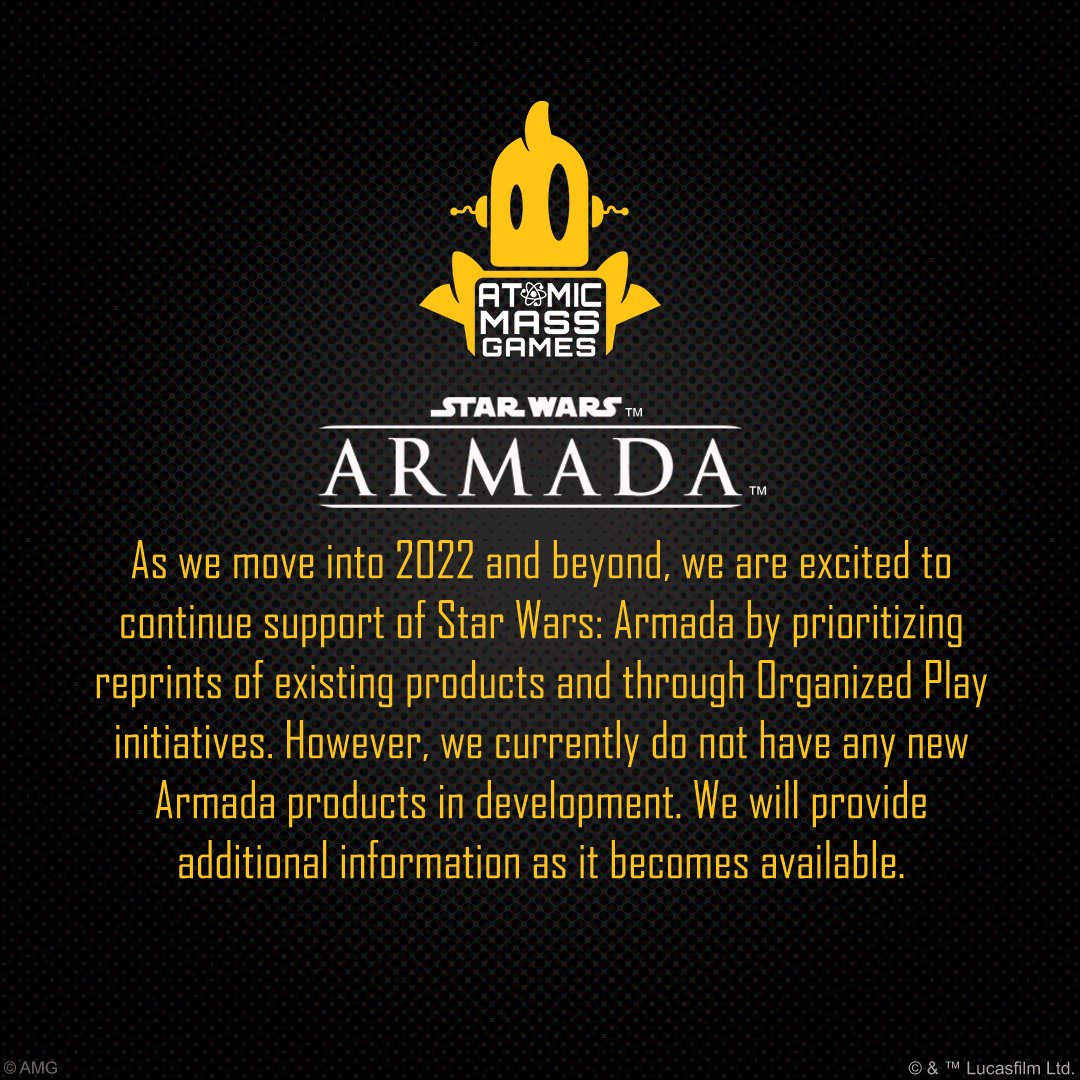 Last November when Asomdee owned Fantasy Flight Games announced the move of their miniatures game over to Atomic Mass Studios, fans weren’t quite sure what to expect. Atomic Mass Games was known for the Marvel Crisis Protocol skirmish game, but not much else. Yet since then, they haven’t excitably been idle, with new releases announced […]
Share Share on Facebook Tweet Tweet on Twitter Pin it Pin on Pinterest
Back to Feed