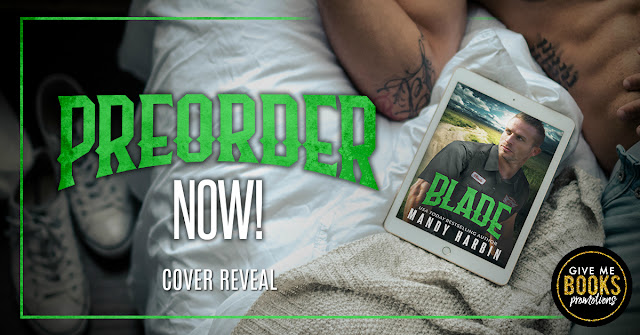 When love stabs you in the heart…
Braxton “Blade” Young learned the importance of carrying a knife growing up in the swamps of Louisiana. As a member of the Bang Shift, he carries something a little louder now, but he’s never without his shiv. An added protection. A constant reminder. Fixing cars and carrying out contracts don’t help quiet the ghosts of his past anymore, and random women are out. There’s only one he wants, and she haunts him in a completely different way, taunting him with what he cannot have. She’s an FBI agent. He’s a mercenary. Sure, everyone has demons. His are just covered in blood.
Ahhh regrets. FBI agent Anna Sue Fisher has her fair share, and sleeping with Blade while on assignment ranks right up there. He’s a notorious playboy who lives on the shady side of the law. A heartbreak waiting to happen. But her determination to keep her distance is crushed when her boss sends her back to the Bang Shift on another case. Only this time, she won’t just be working with the devastatingly handsome man, she’ll be investigating him, too.
Dark family secrets. The sharpest betrayals. Alligators aren’t the only dangerous things lurking within the blades of grass of the bayou.

Releasing June 23
AMAZON US / UK / CA / AU
Author Bio
Mandy Harbin is a USA Today Bestselling author who loves creating stories that explore the complexities of everyday relationships…with some kissing thrown in. She is a Superstar Award recipient, Reader’s Crown and Passionate Plume finalist, and has achieved Night Owl Reviews Top Pick distinction many times. She also writes young adult romance as M.W. Muse because teens like kissing, too.
After graduating college and working many years in technology, she threw caution to the wind and began studying writing at the UALR. Years of trashed manuscripts and rejections eventually led to contracts and representation. With over thirty books published, she now serves on the board of her local writing chapter.
Mandy lives in a small, Arkansas town with her husband and their bossy dog, enjoying her own happily ever after…with some kissing thrown in.
Author Links
WEBSITE
FACEBOOK
INSTAGRAM
BOOKBUB
TWITTER
AMAZON
PINTEREST
Share Share on Facebook Tweet Tweet on Twitter Pin it Pin on Pinterest
Back to Feed