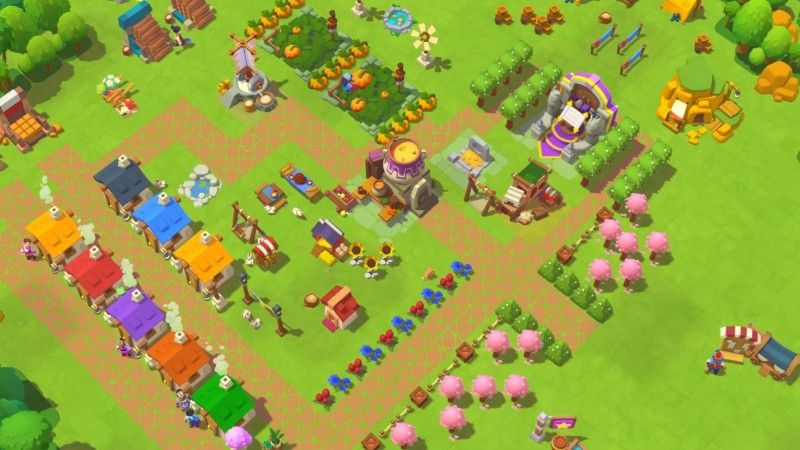 The developer behind mobile hits like Clash of Clans and Clash Royale, Supercell, revealed Everdale today, an entirely new IP for the company. Set in a tranquil fantasy realm, Everdale will task its players to work together to build up their villages. The cooperative mobile game aims to be a highly social experience centered around good times and relaxing escapades rather than looting and combat. Though the game is entering beta, the team cautions players that everything they see is still a work in progress and could change throughout development.

Supercell also released an announcement trailer to give players some idea of what to expect in its new project. The colorful world takes center stage, highlighting Everdale’s more light-hearted tone. The six-minute video also shows off the team’s vision behind some of the game’s features, like village building, the upgrading system, money-making tasks, and community collaboration. To achieve the sense of community crucial to Everdale’s premise, Supercell worked on a system that allows 10 players in the same game to watch everyone’s progress as it unfolds, something the team hopes will set Everdale apart from other similar building games. To learn more, check out the trailer below:

Everdale is not the only iron in the fire at Supercell, as the studio also announced three other new projects this year. Clash Quest, Clash Mini, and Clash Heroes might all bear the Clash name, but each has its own distinct identity. Clash Quest, which is in beta now, is a turn-based strategy title set that promises island hopping and big boss battles. The board game-inspired Clash Mini lets players position figures on a little field of battle to get the upper hand in fast bouts. Clash of Heroes, meanwhile, lets players take the series’ recognizable characters on fresh, top-down quests. You can learn more about each game and what to expect from them in this breakdown.

While these iterations on the Clash formula are welcome, it is interesting to see Supercell introduce a completely new IP to its portfolio. It’s uncertain when Everdale will get an official launch, but the game is in beta in certain regions starting today.