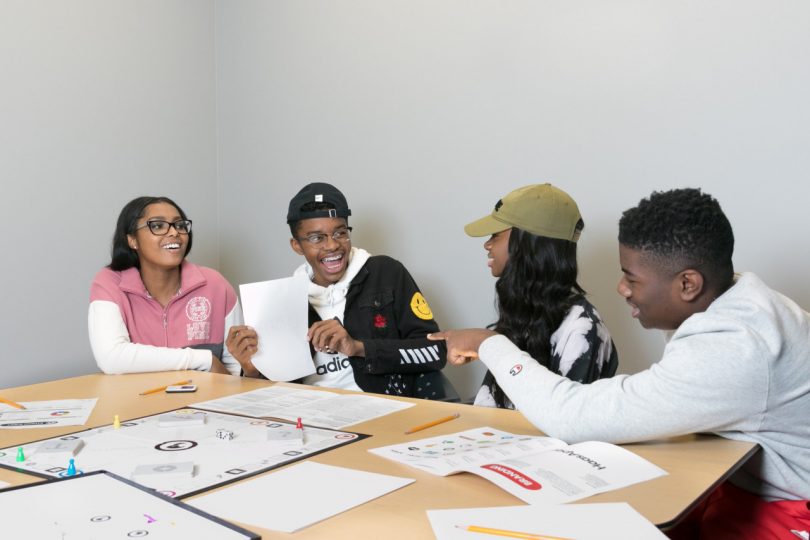 Imagine Monopoly, but with rules replacing cutthroat competition for gameplay rewarding creative expression and collaborative efforts. Graphic designer Deon Mixon created Design Eye as a distillation of his profession into an entertaining foray in board game format, inviting players to sketch, present, and critique portfolios as imaginary graphic designers. Highlighting many of the core elements and practices required to turn a good idea into a great design, Design Eye is a rare game aimed at both aspiring creatives and seasoned design professionals. We spoke to Mixon about the motivations and aspirations behind his board game. 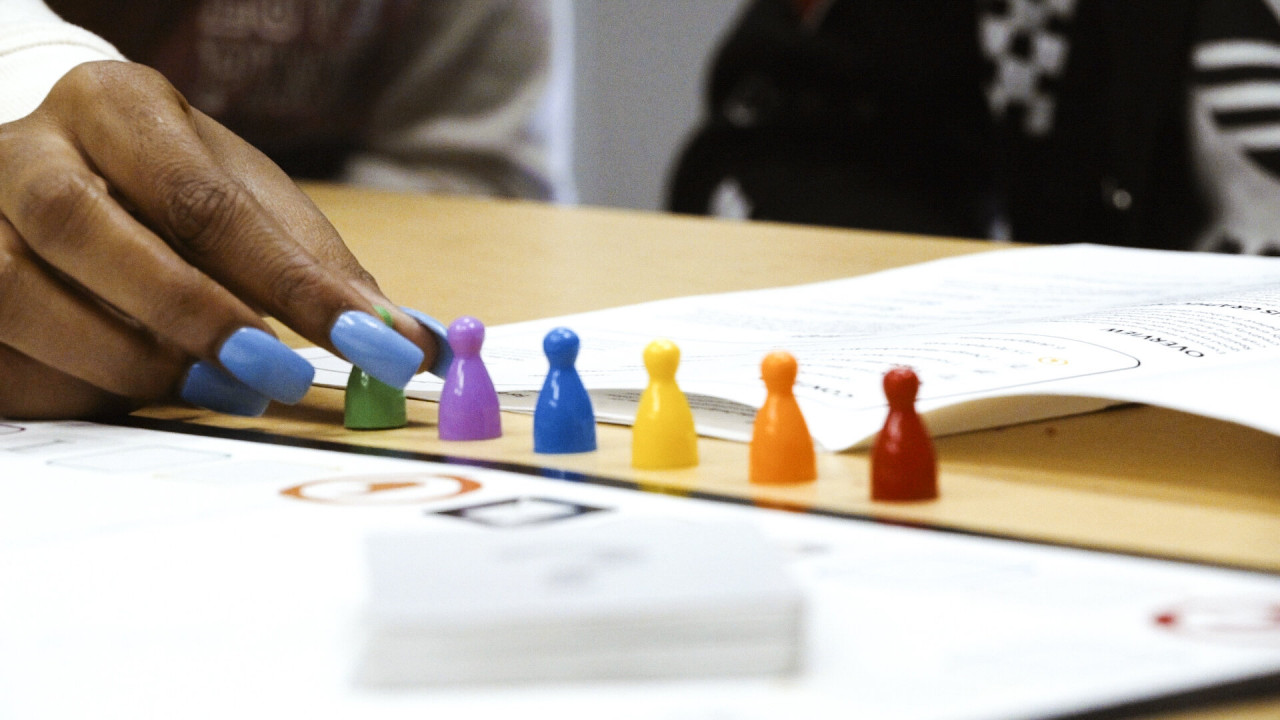 Tell us a little about the person behind Design Eye.

My name is Deon Mixon Jr., a graphic designer and author from Detroit. I’m a Cass Tech alumnus, salutatorian, and Bill Gates Millennium Scholar who graduated from Western Michigan University with a BFA in Graphic Design.

After studying abroad in Europe (Italy, Switzerland, Germany, Netherlands, and France), I moved to New York to work as a design intern at Landor, and later at Beardwood&Co. after. I currently work as a brand identity designer at Gyro. 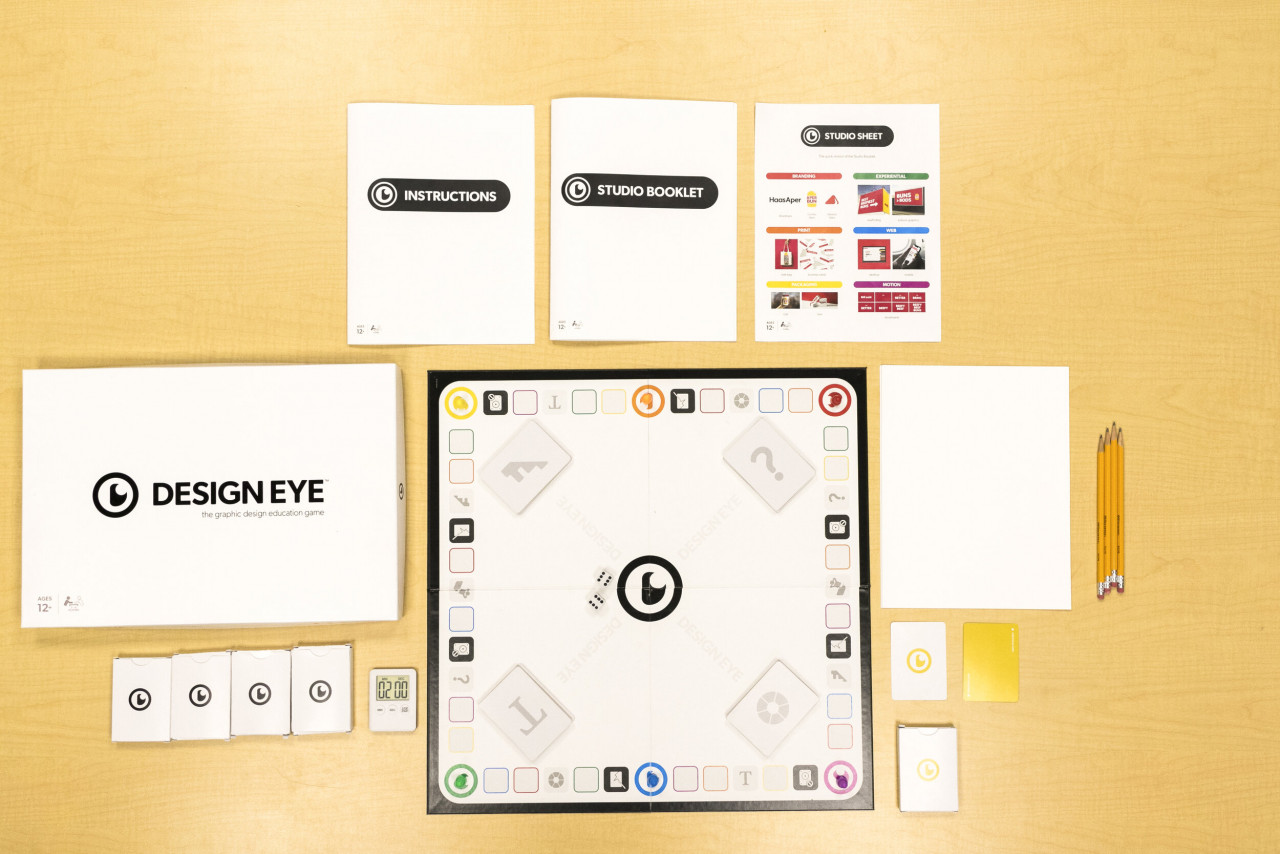 In this era of video games and apps, why a board game?

I believe there’s nothing more effective than a physical, hands-on interactive creative experience that can be enjoyed together with fellow family, friends, and peers. But perhaps more pragmatically, a board game is easier to develop than a digital game. I also just like board games more! But I do have plans to offer a digital app version of Design Eye in the future.

At a more fundamental level, I believe the creative process starts with sketching—putting an idea to paper. I felt it was really important to have a board game where players get to actually create something from scratch. 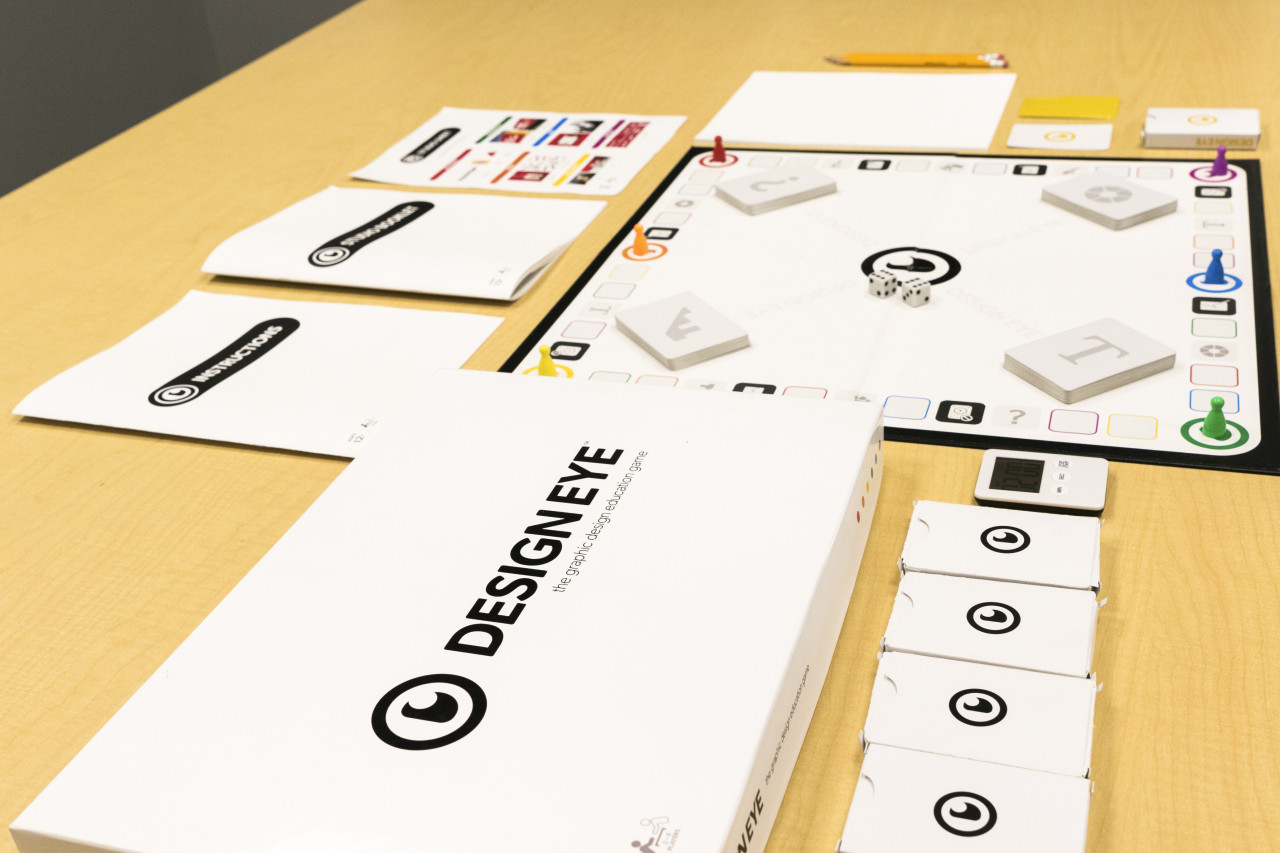 Are you a board game player?

I grew up with the typical selection of board games: Monopoly, Connect4, checkers, chess, Sorry, Trouble, etc. But if I had to credit a game that inspired Design Eye, I’d say Monopoly –  the tried and true standard. I liked the idea of turning a practical subject (money and asset management) into a game [revolving around design] framed within a creative context.

Design Eye doesn’t want you to “win” alone, it’s a game that rewards everyone through a process of dialogue and collaboration. As an advocate in the selfless nature of design, I really believe collective ideation can help improve the world.

My original prototype was called GNA (Graphic Design Niche Agent). It hewed closer toward Monopoly. But after peer and player feedback, I realized the format and content was too technical for younger players and the gameplay wasn’t “telegraphic” enough. After further ideation, I landed on the format of what became Design Eye. 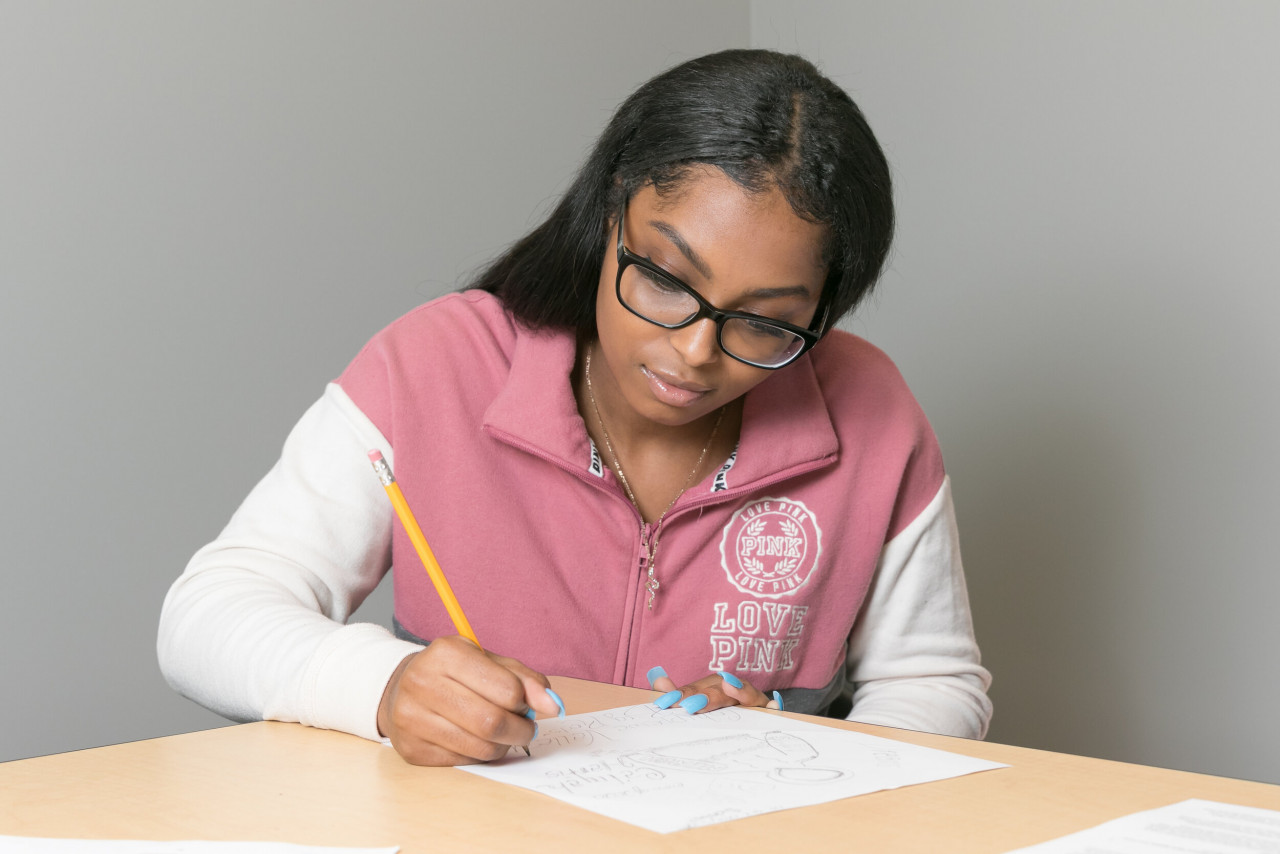 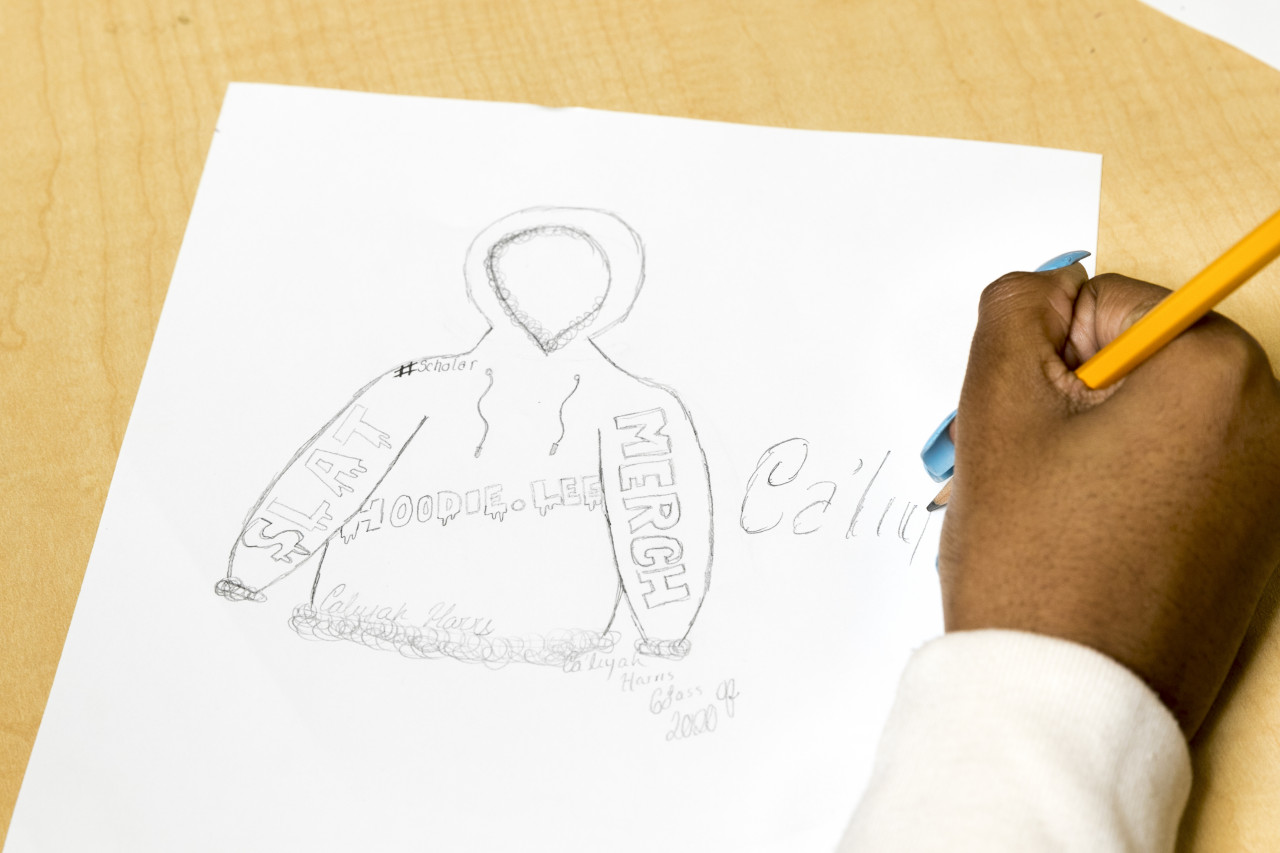 Design Eye includes a spectrum of branding designs offered as examples, informing players who might not yet be aware of the differences between a lettermark and an abstract logo. Were these all of your own design, created specifically for the game?

Initial prototypes contained more familiar brands like Coca-Cola, Pepsi, Apple, and work from other studios. But recognizing the copyright rabbit hole I’d fall into, every designs sample in the Studio Booklet and Studio Sheet now represents my own original work. 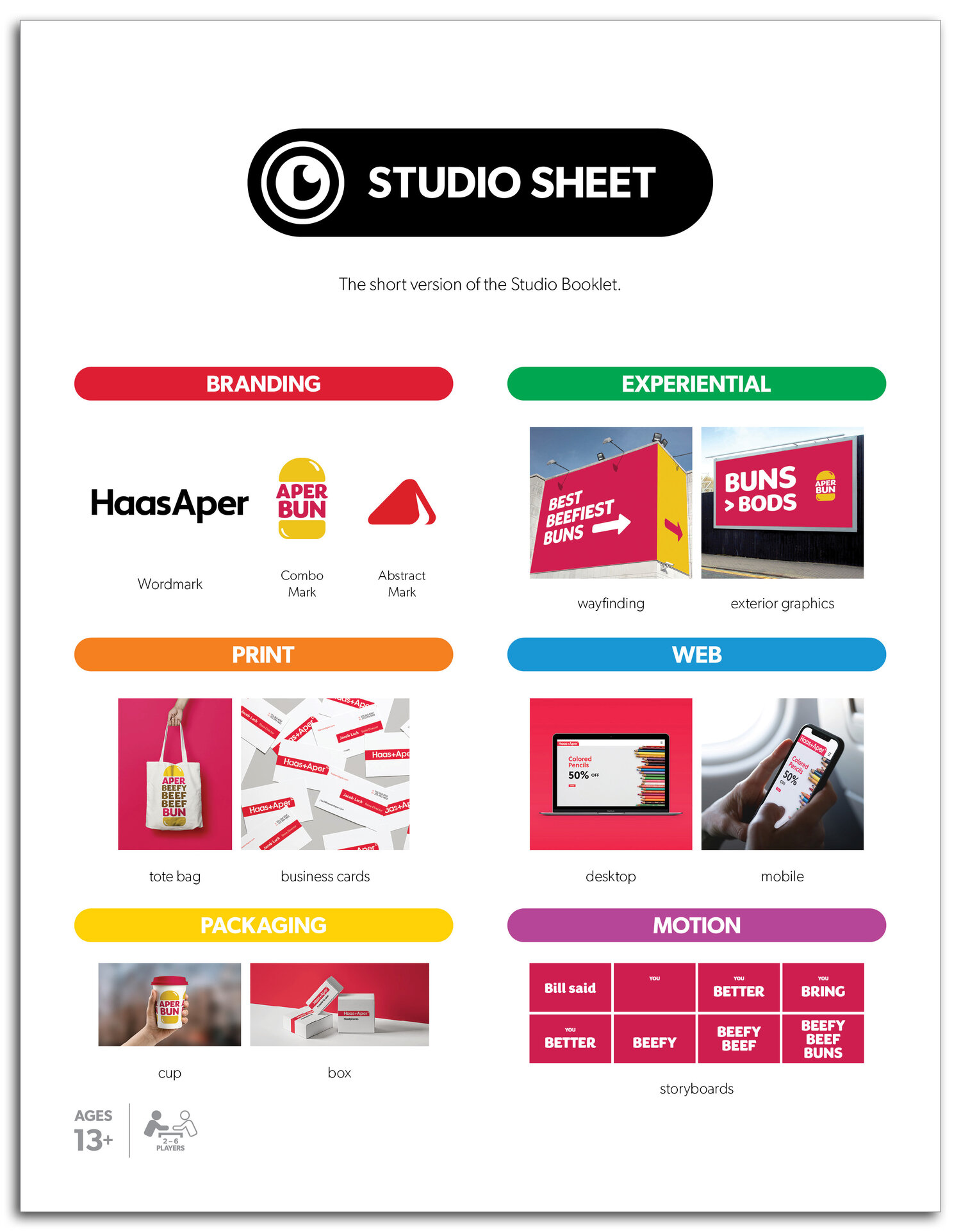 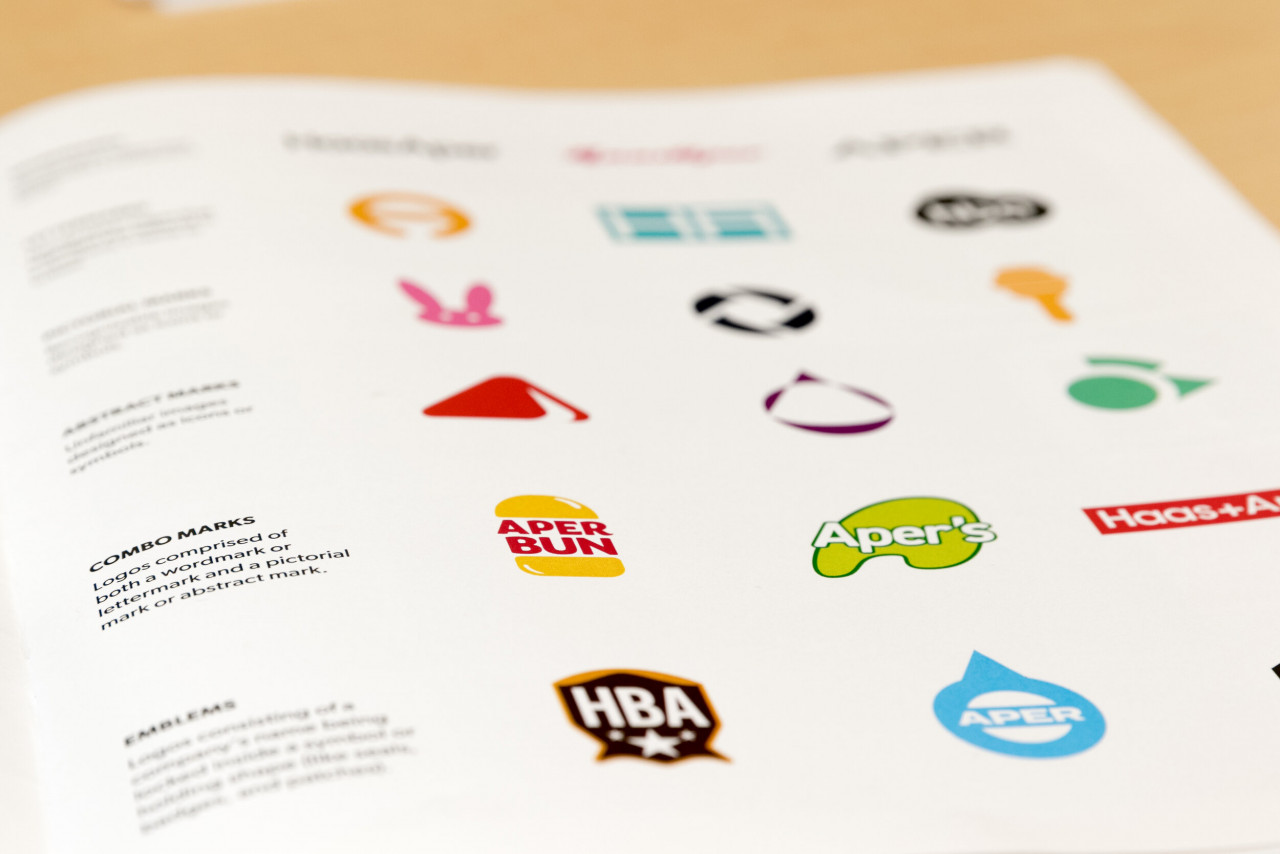 I felt it was important for players – especially younger players – to be offered some examples to get their wheels turning, but I also did not want to overly influence their own creative process. It’s fascinating when you assign someone to create something without the influence of an existing solution. What comes out from this approach can oftentimes be greater than work conjured from something they saw prior. 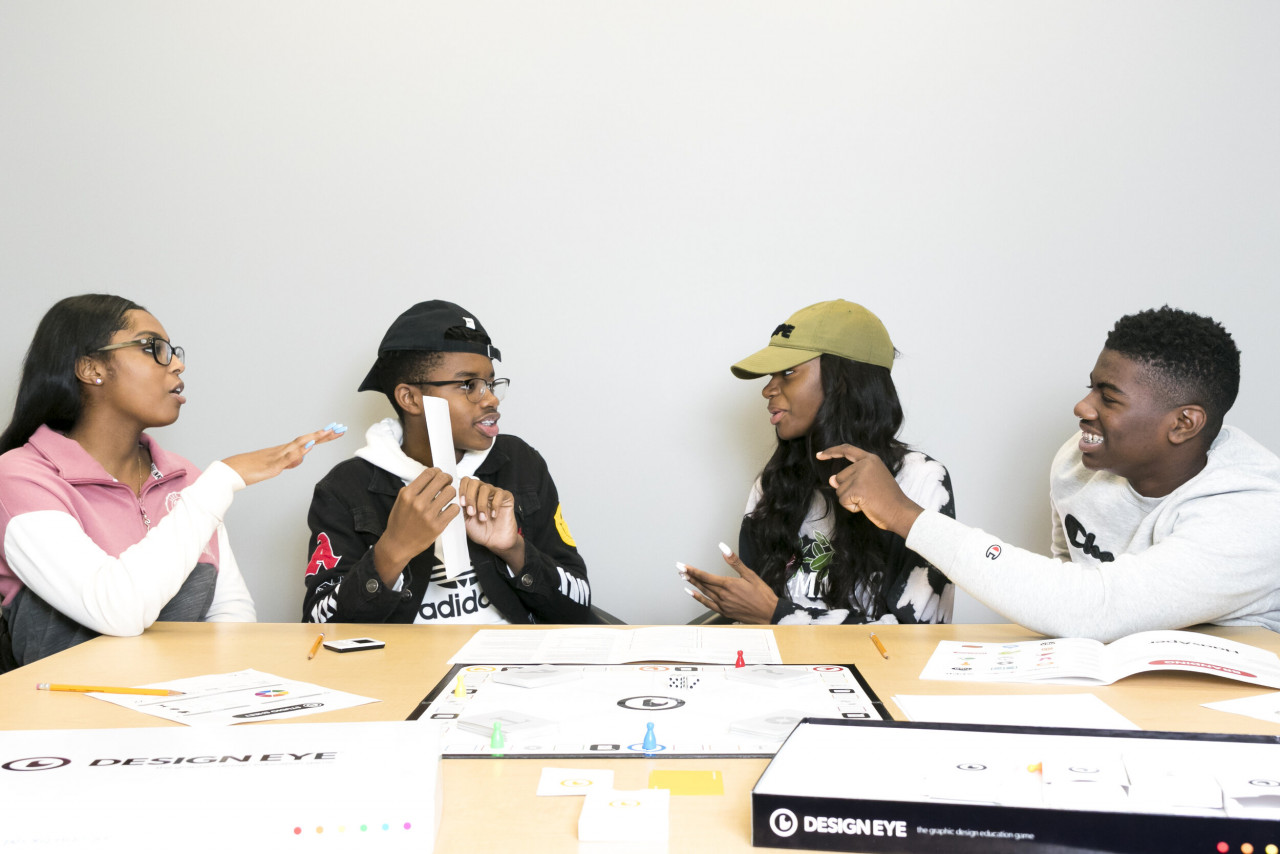 What would you like players to take away from the experience of playing Design Eye?

My hope is in playing Design Eye players will realize a greater confidence and satisfaction with their own abilities to generate great ideas—ideas that could later help them in professional efforts and opportunities. Also as a Black creative disappointed with the noticeable absence of BIPOC  representation within the design industry, I feel it’s particularly important to target the realities of underrepresentation by motivating younger creative minds to consider pursuing a career within the design industry, alongside adults who may be looking for a new career who’ve previously put their latent creative skills on the back burner.

The bottom line: I believe everyone has a creative side, and if people really exploited their hidden creative talents it would benefit both their own lives and the world in general. 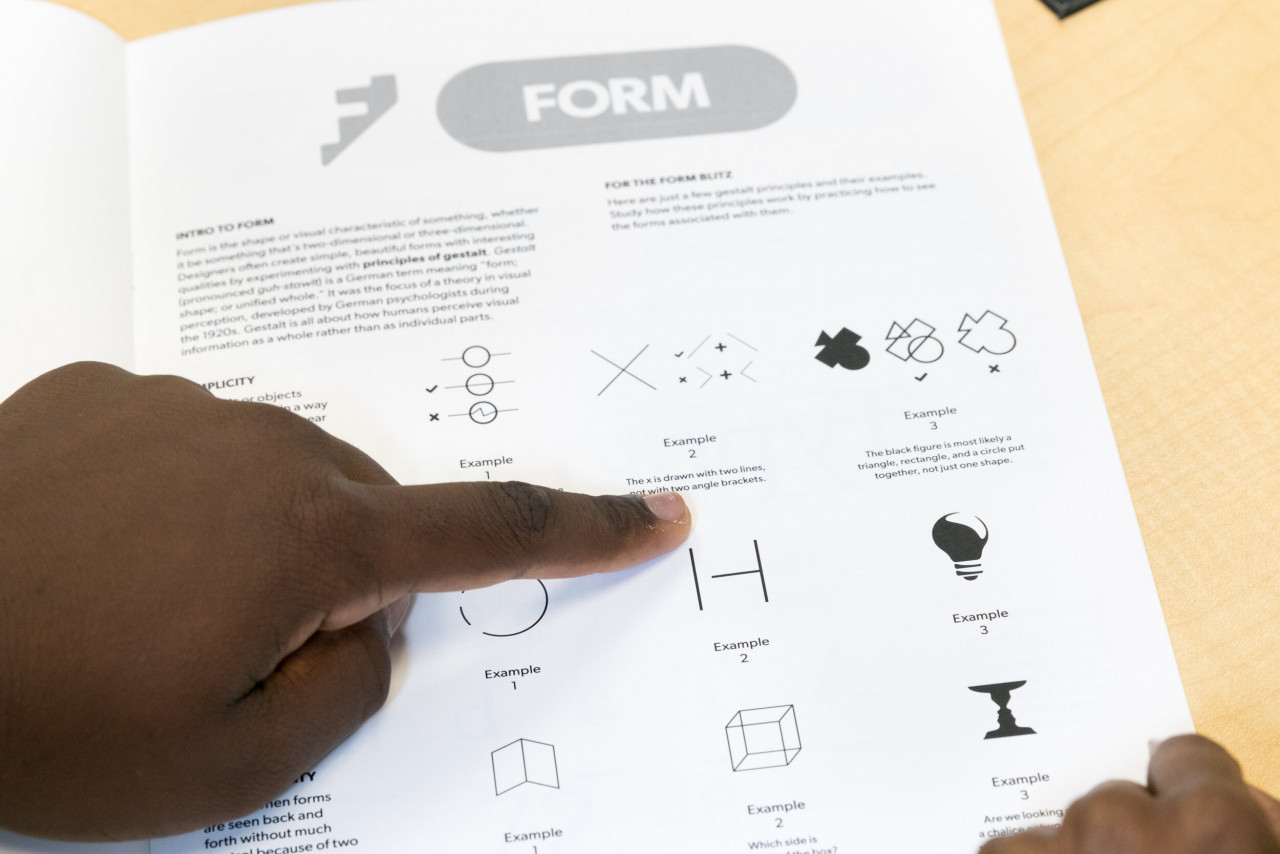 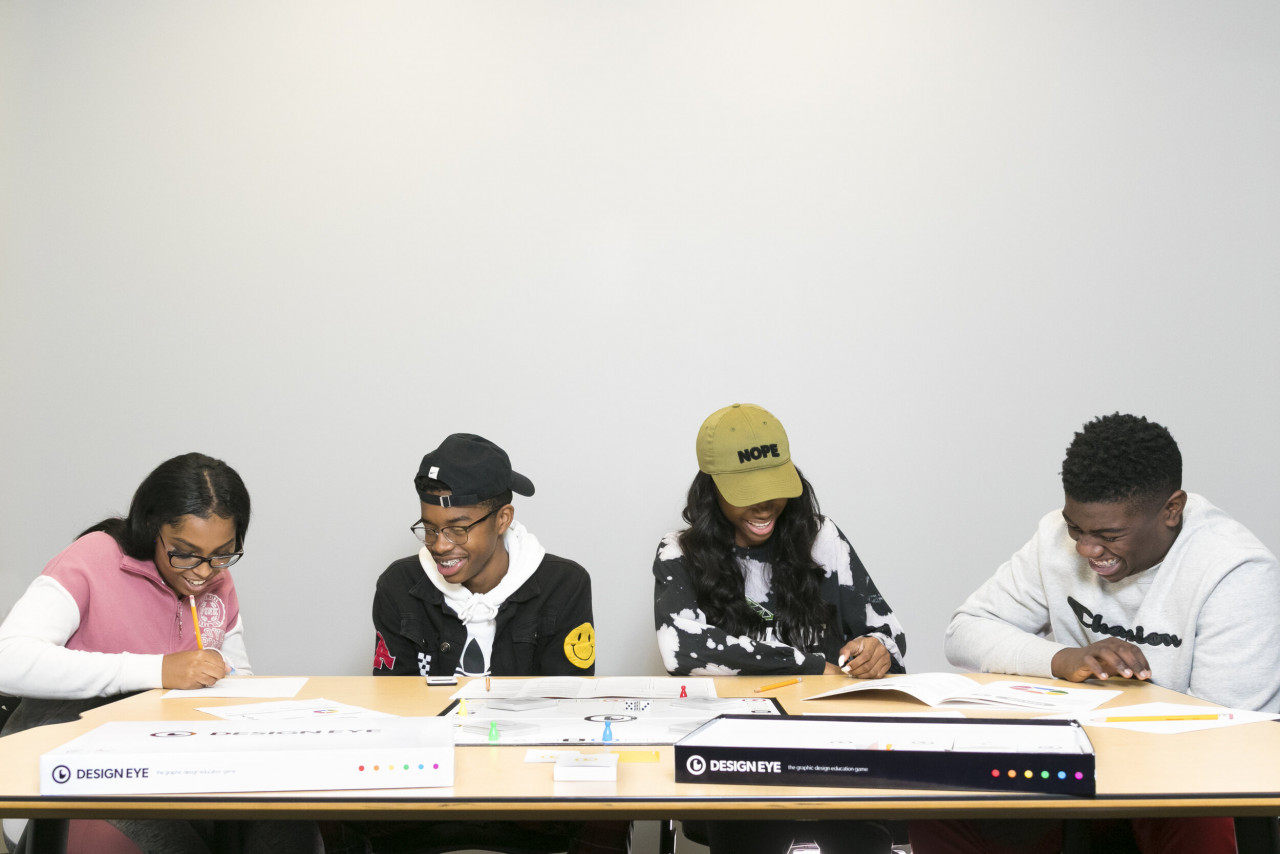 Self-distancing has prevented us from playing Design Eye with more than two players. Does Design Eye take on a different energy with more players?

Definitely! I’d direct you to my Design Eye IG Stories, where I’ve documented a group of three friends playing together and they had a blast. Design Eye is best played with at least 4 people because presenting your work to three people introduces a greater range of opinions and personalities into the critique experience. There’s something really powerful about sharing ideas with multiple people – laughing, discussing, and thinking through the “what-ifs” together and coming to a resolved conclusion. Most players agree that that’s the best part about playing Design Eye.

Design Eye seems clearly guided by a principle of empathy rather than the imposition of solutions. Who are some other designers who’ve inspired your perspective in the role of design in relation to society?

I immediately think of creatives like architect Louis Kahn and photographer Gregory Crewdson. Kahn believed structures should be built with souls, while Crewdson desired to capture the profound quality of human emotion and lifestyle through photography. Both were not motivated solely in the development of their own creations, but interested in what their creations themselves could help create – the invisible pulses, echoes, ripples capable of inspiring others to do wondrous things. I believe the best design creates experiences capable of transporting people toward unfamiliar realms of happiness. 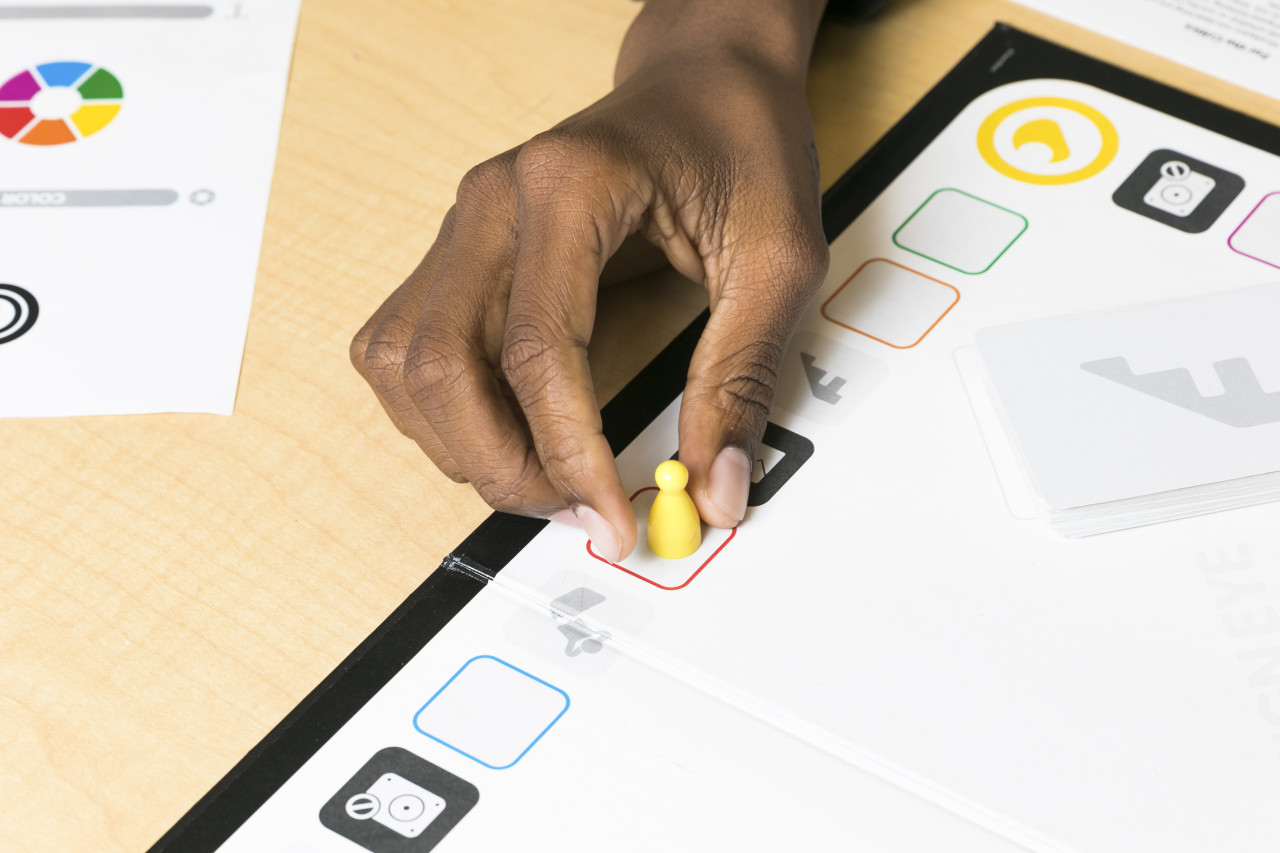 Design Eye takes on a refreshingly holistic take on the practice of design. What are your opinions of the industry you work within right now?

To be honest, I don’t know. I may not have enough experience yet to offer a more substantial observation about the design industry as a whole. But I do know designers in general want to work with good people with great ideas. I’m personally not motivated by being competitive; I like to share my ideas and consider collaboration the greater force in creativity than a sole reliance upon competition.

We aren’t athletes. We’re creatives! We’re not here to win for ourselves or for our team, per se. We’re here to serve other people and help them win. And while on the surface Design Eye leads players to compete against one other, it paradoxically also guides players to collaborate through the process of presenting their ideas and critiquing one another. Design Eye doesn’t want you to “win” alone, it’s a game that rewards everyone through a process of dialogue and collaboration. As an advocate in the selfless nature of design, I really believe collective ideation can help improve the world.

Many thanks to Deon Mixon for sharing his insights and permitting us to share his photos. Design Eye is available for pre-order today for $50 (+$15 shipping).