“Don’t Throw It All Away” Is a Huge Motivator 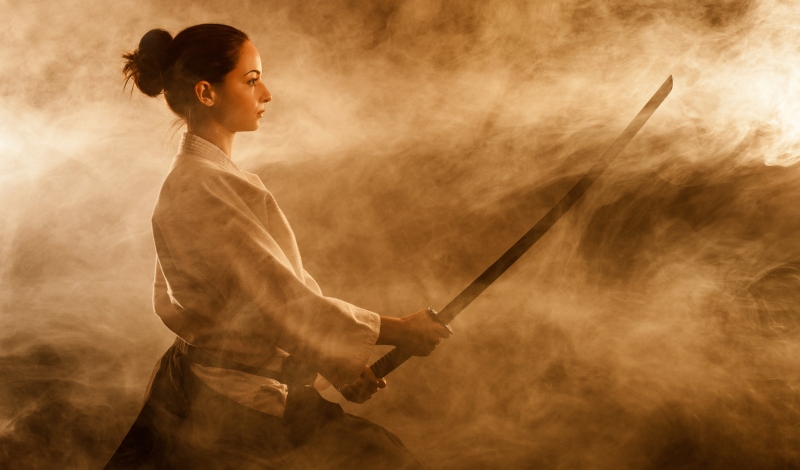 Most of the swords we pick up and swing in our lives are double-edged. They cut both ways. As much as they help us progress, they can challenge us too.

The competitiveness that gets us to try hard, can also make us horrible to work with. The perfectionism that enables our creations to stand out, also leaves us as our harshest critic.

I realise now that I have an issue with waste. I hate it. And I’m learning that this is my longest, shiniest and sharpest double-edged sword…

The Frustration Of Waste

Back in the 1980s when video games were just starting out, you had to hook up a cassette player to your home computer and play a tape for 30 or 40 minutes (I kid you not) to give the computer the information it needed to load the game.

Often, it didn’t work, and you’d have to start the process again. I can remember the immense frustration this gave the 7-year-old me. I was desperate to play the simple little golf game.

I needed the help of my Dad/neighbor/friend’s older sister to get it all working properly so if it failed to load, my chance to play had gone. I couldn’t get my head around the concept that the time had gone too.

Despite investing time, hope, and energy into it, sometimes I didn’t get to play the little golf game. It felt like a waste.

I remember a similar feeling when being around at a friend’s house as a kid. We had no idea of time, set up a hugely complex board game, got into it… then my Mum came in and said it was time to go.

Fast-forward to my days in high school and University and nothing — NOTHING — compared to the horror of losing / unintentionally deleting/realising you had never saved in the first place an essay you’d spent hours typing.

These are deeply felt formative moments that taught me to avoid waste at all costs. The lesson spelt out in big letters in my psyche was this:

The Motivation Of Waste

If you’re a waste-avoider like me, then you see it coming before it even materializes.

It stops you buying things you don’t really need because you see past the initial shininess and instead picture the items gathering dust (a waste of money and space).

You tend to work people out pretty quickly and if they seem like characters who are going to do you more harm than good, you avoid them (this applies to work colleagues, friends, and even romantic partners).

As a waste-avoider, when you take on a project, you see it in the long term. You’re wary of committing time to something you’re not going to put your all into.

This can make decisions weigh very heavily — too heavily.

I was very lucky at the start of my career to have a choice between two entry-level job offers in two industries I wanted to work in — music radio and sport.

Part of the reason this decision tore me up so much was that I knew I would totally commit to whichever path I chose. This was going to be years of my life I was devoting, so it was important to make the right choice.

Avoiding waste is a brilliant motivator — perhaps the best there is. There are times in chasing any major goal when you want to give up. But stopping you is the voice that says:

“If you give up now, you’re throwing away all the hard work you’ve done up to this point.”

It’s a powerful argument that I personally find very hard to counter (and there are circumstances when you need to fight it, but more of that later).

Take writing for example. I started on this platform just under a year ago. I’d read how it was possible, over the course of perhaps 5 years (being realistic, I know a few people have done it in less) to make a living out of it.

That’s motivation right there — accepting the commitment of writing regularly on a single platform for 5 years. But I was up for it. And I still am.

And what keeps me going?

That nagging voice. If I give up now, I’d be throwing away a year’s worth of effort. The body of work, the followers, the earnings — they all carry on building if you keep up the momentum.

But if you don’t? You’ve wasted your time and energy. You could have done something else.

Trust me, “Don’t throw it all away” is a huge motivator.

The Dark Side Of Waste Avoidance

The problem with never wanting to waste anything is that you have a problem walking away from things — projects, situations, possessions and, yes, people.

The sunk costs (financial, time, energy, emotion) gnaw away at you in your mind. You find yourself saying things like:

“But I’ve already spent so much on this, if it needs more, I need to find it”

“I worked hard to get here, I can’t walk out just because I’m unhappy”

“We’ve been through so much together, was it all for nothing?”

These are all valid points, and I will leave you to imagine the scenarios in which they might apply in your life.

But… you have to draw the line somewhere

It’s possible to throw good money after bad. People remain in jobs for years, (getting more and more miserable) out of stubbornness.

Couples, friends, or business partners stay together far longer than they should even when they’ve been growing apart for ages.

Our minds control us, and mental health exists on a spectrum.

A Harvard article about the psychology of hoarding lists five cognitive and emotional issues that can underlie hoarding behaviour:

The description of the first issue caught my eye:

“Indecisiveness and fear of making mistakes — By never choosing to throw anything out and constantly accumulating things “just in case,” the hoarder tries to avoid making wrong decisions or having regrets.” — ‘When Keeping Stuff Gets Out Of Hand’, Harvard Health

Avoiding waste, for me (and perhaps others) is an exercise in trying to avoid making mistakes and having regrets — exactly that.

And there’s definitely a need for control going on to. It’s as if I feel that working hard for years or always “doing the right thing” should guarantee the outcome that I want.

You can work hard all your life and not get the rewards you deserve. Someone else can walk in on Day 1 of a job, project, team, or social situation and hit the jackpot.

All we control are the inputs, the outputs control themselves. If you write every day for years, and always stay committed to reading and improving too, then your chances of success get higher and higher.

But it is never guaranteed.

Avoid waste too much, be scared of it, hate it even… and you risk staying in situations way past the point at which it was right to walk away.

I worked at one company for 16 years. I probably should have left 5 years before I did, but I didn’t want to “throw away all I’d worked for” even though I was very unhappy and unfulfilled.

The next company I joined, I worked out very quickly it wasn’t right for me. It still took me over a year to walk away, and now I’m very happy running my own business.

I can look back now and see that I was practicing — by trial and error — the skill of drawing the line. I was also learning how to redefine waste…

No experience is wasted. Not really. Mistakes are not nice to experience, but they are how we learn. And you can make the waste argument both ways.

When I was sticking around in my first job, I was worried that moving on would be wasting the years I had spent building up contacts in that particular context (and my place in the promotion queue).

There is some truth in that.

But I was also wasting the chance to challenge myself in a completely new context, to discover a whole different area of work with bigger opportunities (and one that, honestly, I was better at).

Don’t look on any experience as a waste. Appreciate the lessons you have gained, learn (through trial and error, there is no other way) to trust your instincts, and see things from both sides.

Not wanting to waste time, effort, money, emotional investment — it’s a natural feeling to have, but like anything else it needs to be kept in balance.

Use waste avoidance as a motivator — when you feel like giving up, not wanting to throw away the progress you have made is a powerful way to get yourself back on the horse and through a dip.

Know where to draw the line — it’s impossible to avoid waste completely, and there is no point throwing good money/time/effort/emotions after bad. Sometimes, quitting, pivoting or moving on is the right thing to do.

See waste both ways — challenge your own assumptions. How could you argue your instinctive assumption the opposite way? What different opportunities might you be wasting by not making a change?

Waste avoidance is a big double-edged sword for me. Perhaps it is for you too, but that sword is still a powerful weapon.

It’s about learning how to handle it.

Join The Good Men Project as a Premium Member today.

Log in if you wish to renew an existing subscription.

By completing this registration form, you are also agreeing to our Terms of Service which can be found here.


Need more info? A complete list of benefits is here.

The post “Don’t Throw It All Away” Is a Huge Motivator appeared first on The Good Men Project.