Elden Ring: The Board Game isn’t an exact replica of the video game - and that’s a good thing 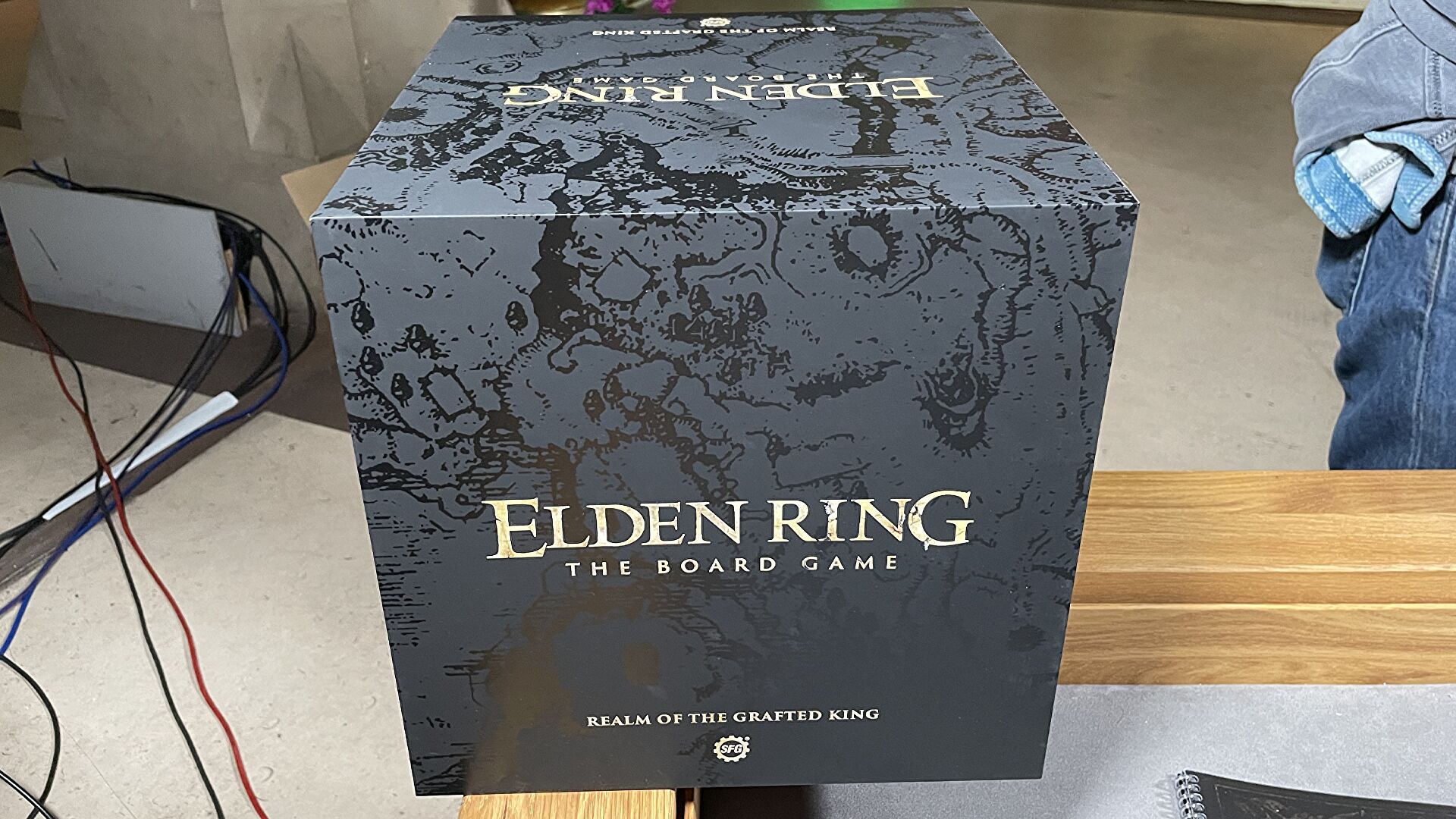 Elden Ring is headed to the tabletop! Following in the wake of Dark Souls and Bloodborne, From Software's latest is being adapted into an upcoming board game - and Dicebreaker has had a first look at how tabletop studio Steamforged Games plans to cram the fantasy epic into a cardboard box.

Elden Ring: The Board Game looks to be as vast as its on-screen counterpart, spanning a number of upcoming standalone games and smaller expansions in order to cover the whole of the Lands Between. Players' progress will carry across between each box (or they can jump in with a new, appropriately-levelled character), eventually forming a tabletop campaign matching Elden Ring's story that Steamforged says will ultimately last over 100 hours.

The first of those core releases will be Realm of the Grafted King. Despite being the size of a footstool and requiring you to stick down $179 during the game's upcoming Kickstarter campaign, the enormous box will cover only the starting region of Limgrave, its roughly 20-plus-hour campaign culminating with a final fight against Margit, the Fell Omen at the gates of Stormveil Castle. (A separate expansion will delve into the castle itself and include an encounter with demigod boss Godrick the Grafted King himself.)