GeekMom: Into the Woods With My Babes 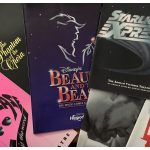 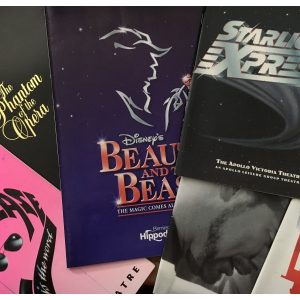 I often wonder whether my offspring will inherit my loves, my passions, my obsessions. When my eldest was a baby we would load the iPod with Beatles albums and play them while he slept. Who knew it would take the Beat Bugs to secure his love, and Star Lord’s Walkman to take him deeper. We take them camping several times a year, and thus we have forest-dwelling rascals who scamper over mountains and dive into lakes. We take them to every bookstore we pass, always buying a book or two. We visit libraries, we read daily, and now there are five of us bookworms squirreling ourselves away in fantasy worlds.

But how to share my love of Broadway musicals? My friend and I have been obsessed with London’s West End, and Broadway since we went to see Joseph and the Amazing Technicolor Dreamcoat when we were 11. The original cast starred our pre-teen heartthrob Jason Donovan, who far surpasses the performance given by Donny Osmond, and yes, I will fight you on this. Jason had played Scott Robinson in Neighbors, an Australian soap opera beloved by all in the UK, and had some minor success among the pre-teen crowd as a pop singer. The soundtrack to this show was actually the first album I ever owned on CD, and for weeks leading up to our London trip, we listened to the songs and devoured the lyrics that came in the CD booklet. We belted out show tunes all the way down to London, on a coach trip with our mothers and 44 strangers as our audience. It was spectacular.

While I make few sojourns to Broadway these days, my friend lives a mere train ride from the West End in London, and since the quarantine lifted has resumed her frequent visits. We frequently banter back and forth about what is new on our side of the pond and recommend things we have seen or heard. Together we have traveled to see Lea Salonga in Miss Saigon, waiting outside the theater after the performance to meet her. We saw the second London cast of Wicked while our new husbands wandered around London waiting for us to finish. When the current situation is more under wraps we are planning a belated New York City trip to add something new to our repertoire.

Her ten-year-old recently expressed disdain for musicals, exclaiming, “oh great, another song” during their first viewing of Camila Cabello’s Cinderella. I recall us wondering about that while waiting for Wicked to start all those years (and five babies) ago, what she would do if her future child couldn’t hold a note or didn’t like musicals. As a side note, this was a pressing concern for my friend, as she is herself an exceptionally gifted singer. 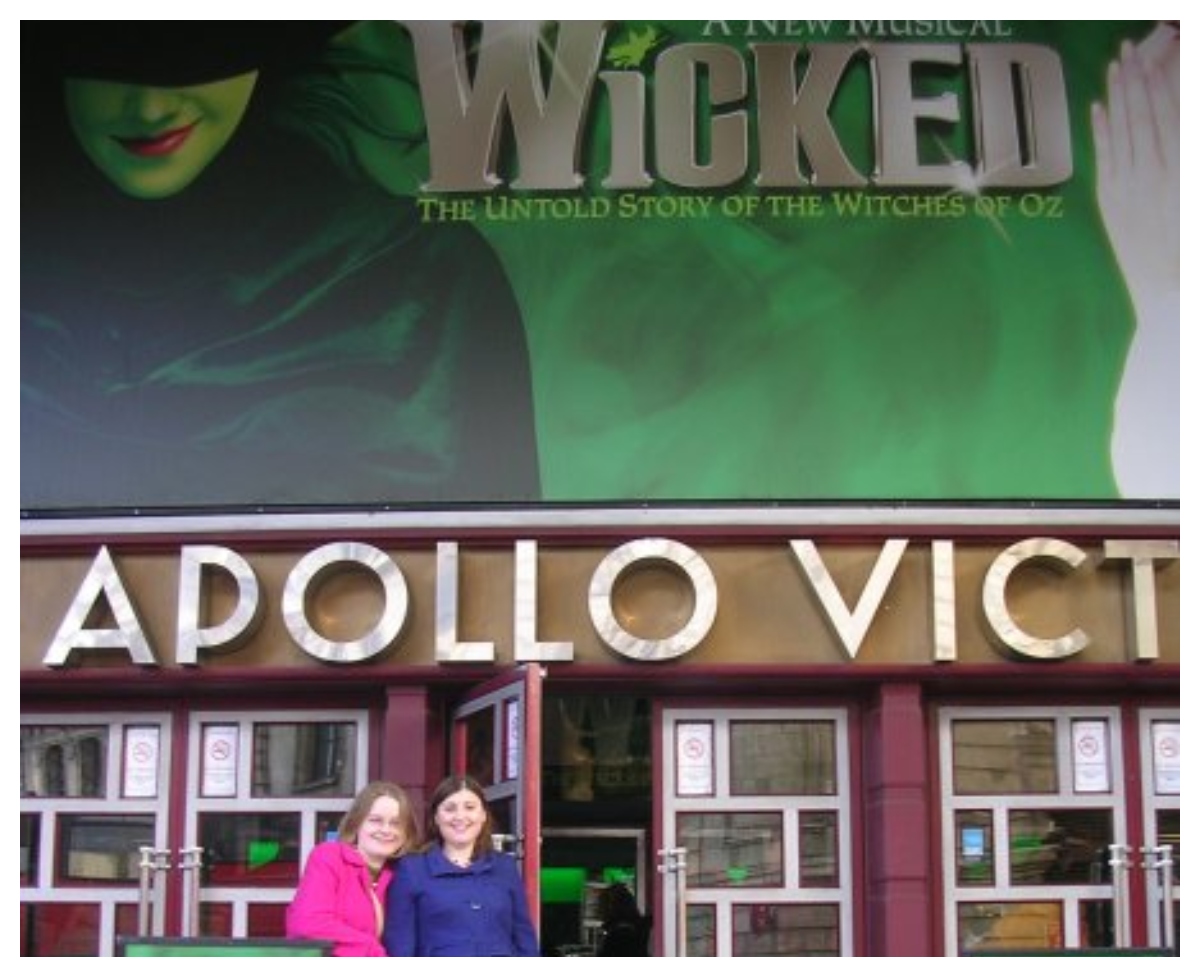 While I haven’t spent as much time in the theater over the past decade as I would like, I have been trying to make sure that all of my children are amenable to a foot-stomping, roof-raising, musical when the time comes. Here’s the secret to my success in raising partially tone-deaf musical aficionados. 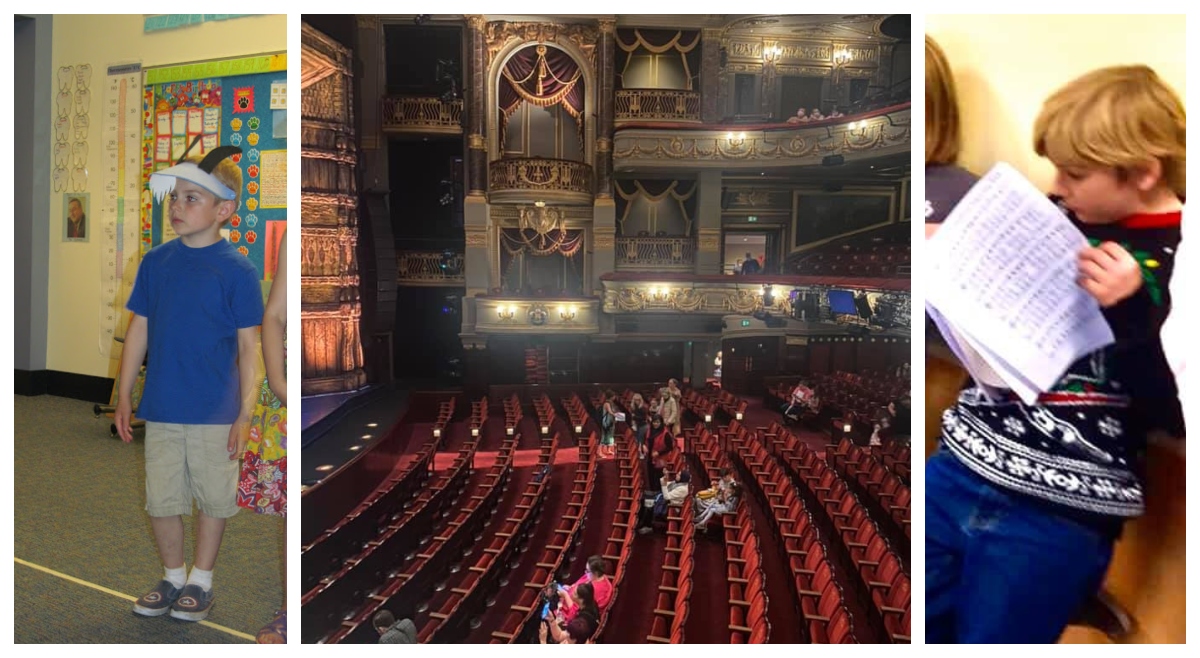 I will never forgive the pandemic for many things. Many things. But one of the things lamented most by my now twelve-year-old is that the pandemic shut the school down two weeks before he was to take to the stage as Prince Eric in an elementary school production of The Little Mermaid. I have lamented over this too. Watching his class rehearse this was amazing—the costume changes, the little talents taking flight, the way the teachers nurtured the gifts of actors and stagehands alike. He is now in his second year of middle school and has no desire to audition for anything. I can’t help but wonder what we lost by his not getting to pursue that passion when it was at its peak. He may return to it, of course, he’s 12, not 82, but right now he is erring more towards the board game club than the school musical. That’s okay too, but I so wanted to see him on stage while his friends sang “Kiss the Girl” around him.

Someday, I will give my kids the experience of a big Broadway show. We will walk the great white way together, and they will sit in an old theater as the lights dim and the music begins to play. But for now, we will sing and listen and watch and bring Broadway right here to our little house in Maine.

Click through to read all of “Into the Woods With My Babes” at GeekMom.If you value content from GeekMom, please support us via Patreon or use this link to shop at Amazon. Thanks!

Click through to read all of "GeekMom: Into the Woods With My Babes" at GeekDad.If you value content from GeekDad, please support us via Patreon or use this link to shop at Amazon. Thanks!