Gloomhaven Is Coming To Consoles In 2023 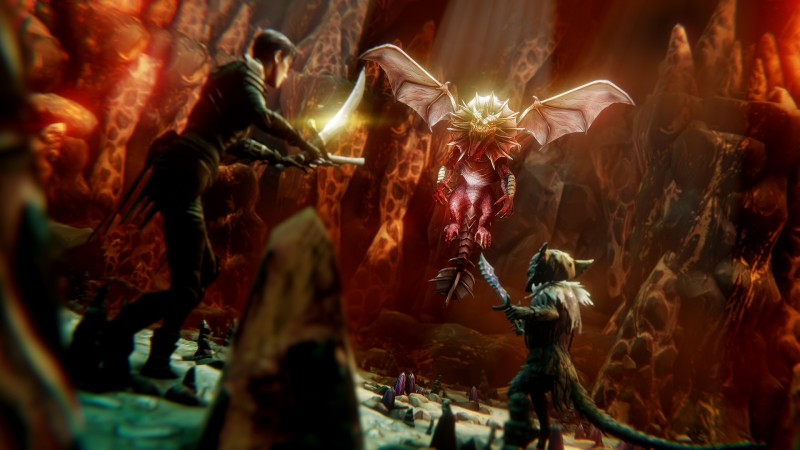 Gloomhaven is a dungeon-crawling board game that required a little muscle from the player, as its massive box weighs over 20 pounds. That heft is the conversation starter that helped Gloomhaven find the audience it rightfully deserves. It's a great board game experience that was recently adapted into an equally as notable turn-based tactical RPG for PC. And now developer Flaming Fowl Studios and publisher Asmodee Digital have plans to release this digital version on consoles in 2023.

Asmodee is working with Saber Games and Embracer Group on this console port. No specific systems are known at this time, but Asmodee's tweet announcing this project shows an image of an Xbox controller. You can see it below along with a teaser video for the console versions:

Gloomhaven, the digital adaptation of the acclaimed board game, is coming to console in 2023. 🎮
We cannot wait to work with @SaberGames and @embracergroup to make this project a reality for you. pic.twitter.com/T5k6rUOqkZ

The digital version of Gloomhaven offers a story campaign with nearly 100 missions that support four-player coop. Dive into dungeons with your friends and strategize as you play cards tied to your mercenary. Asmodee just last week released new DLC for Gloomhaven called Jaws of the Lion.

Game Informer's Matt Miller is a huge fan of Gloomhaven, raving about the board game in his monthly Top of the Table editorial. "A centerpiece game for any dedicated player’s collection, Gloomhaven is a sprawling cooperative dungeon crawler in a richly imagined and gritty fantasy world, playable across an interconnected campaign that takes many dozens of hours to complete," he wrote. "Mixing the story-driven fantasy focus, miniatures, and progression-oriented play first popularized by North American RPGs with the minimization of luck players have come to expect from Euro-style games, Gloomhaven is a complex beast of a project. But it’s also one of the most inventive and rewarding board games in a long time…if you’re willing to commit the significant time and energy it takes to uncover its bountiful charms."

We'll have to wait to see what is in store for the console versions, but given the announcement timing, there's a good chance we'll learn more in the weeks ahead at this year's Summer Games Fest.