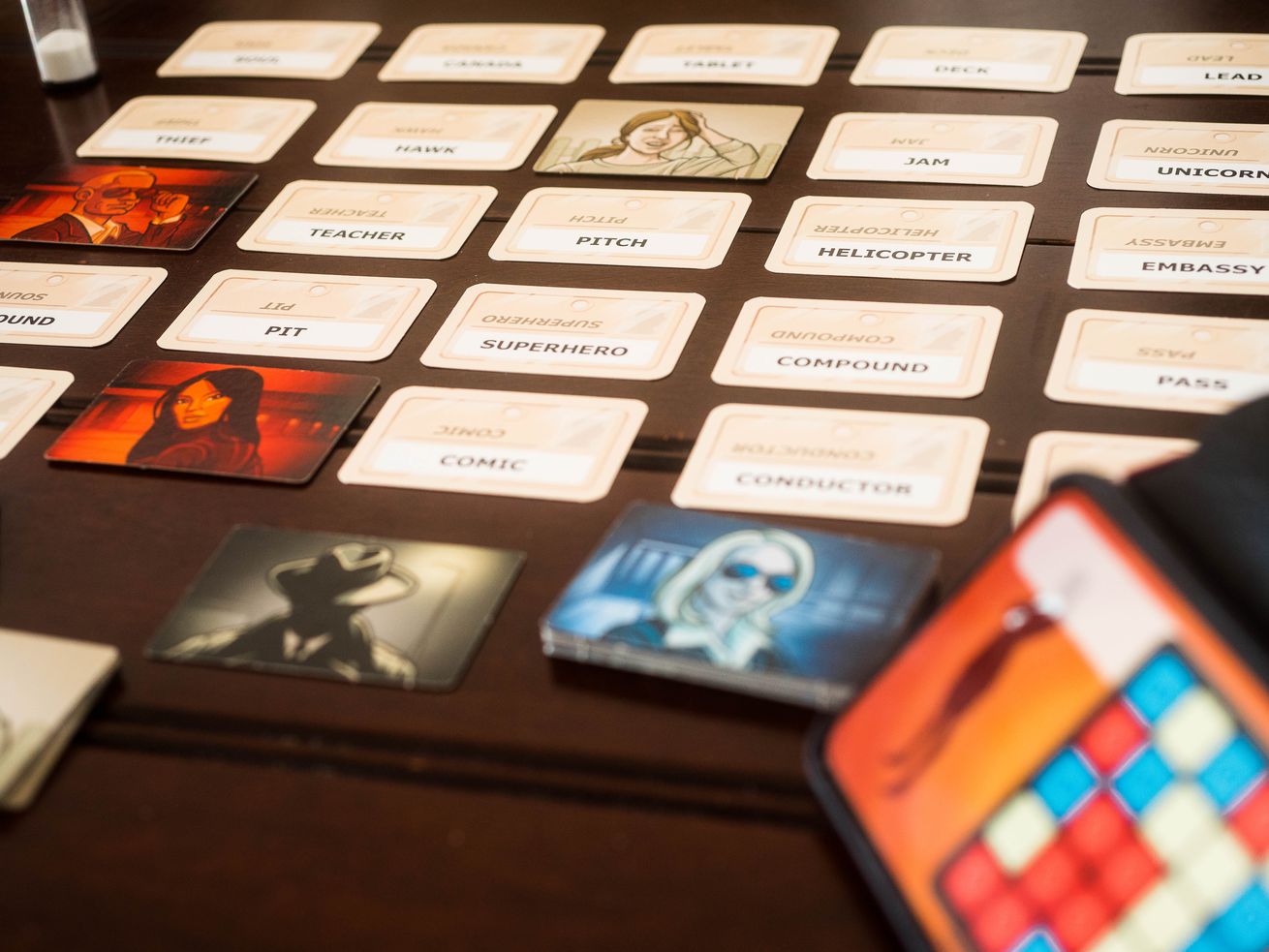 You can play board games over Zoom. Here’s how

For many, board games are best as a physical medium. Dice, miniatures, wooden figures, tiles, cubes — they’re all part of the rich experience of tabletop gaming. Physical interaction is baked into the fabric of board gaming.

With social distancing now the standard, playing board games has become a decidedly more difficult endeavor — but there are solutions.

Plenty of games can be played over video chat, whether that’s FaceTime, Hangouts or Zoom, and many of them even work well.

A standout in mystery-solving board games, Sherlock Holmes Consulting Detective is a game that pits a team of detectives in a battle of wits against a Sherlock Holmes. They’re armed with a map, a directory of London, a handful of newspapers and a case book, which features interviews and descriptions of locations.

To succeed in solving a case, players follow leads from conversations and locations. Players are immersed in the setting and mystery by visiting experts to examine evidence, exploring locations across London, consulting a map to validate hunches and leaving no stone unturned.

The publisher, Asmodee, has released the map, directory and newspapers for free online as PDFs, and while case books are only available in the game box, a group interested in playing needs just one copy of the game.

The game can work comfortably for one to eight people, and while part of the fun is having everyone read parts from the clue book, it’s a small sacrifice to make for remote play. The key will be ensuring everyone gets a chance to propose a lead to follow — a rule in the game that’s easy to overlook when everyone’s in the same room but is even more important with remote play.

For a slightly more modern take on the genre, try Chronicles of Crime. It’s similar in the way it plays, but it uses an app. Share your screen with something like Zoom, and all players can see what you’re seeing, giving everyone a chance to read the clues they’re given aloud.

A quick-playing, brain-boggling game, Wordsy takes competitive word building to an interesting new level. The game features consonant letter cards worth points, but players can also use any letters not present to make their words, only scoring points for cards present.

The letter cards, splayed out in two rows, are worth between two and five points; each round, the two least valuable letters shift off the board, and two new five-point letters are added to the game.

Rather than trying to make the most words each round, you’re instead focusing on making just one word worth the most points . If the fastest player also nets the highest-scoring word, they get bonus points.

For remote play, the player hosting the game will just need to make sure that all players can see letters as they’re revealed, and every player will need some way to write their word.

Werewolf, and other Werewolf-style games

Social deduction games like Werewolf, Mafia, The Resistance and others are a highlight of many game nights, and there’s no reason to ditch them if you’re going remote. In games like these, players are secretly given roles or teams, with the end goal involving figuring out who the ‘bad’ team is — the werewolves, crime syndicate or resistance fighters in the games above, respectively — before a certain point.

To accommodate play, you’ll need a narrator or, if you’re using something like One Night Ultimate Werewolf and screen-sharing the accompanying mobile app, a facilitator. They’ll be responsible for making sure everyone knows their roles. They’ll also be tasked with ensuring nobody’s cheating.

It may take some creative problem-solving to make games flow. Just make sure to send people their roles privately, or you might just end up spoiling the whole thing before you even start.

One of the recent successes of modern board gaming, Codenames is a game where two teams of players are faced with a grid of words, and they’re trying to figure out which words belong to their team.

Those words can belong to either team, to nobody, or may belong to the dreaded assassin. A captain on each team knows the answer, and they’re tasked with giving one-word, one-number clues to help their team find the right clues before the opposition can do the same.

Translating Codenames to remote play requires one player with the game on camera, who will be responsible for maintaining the grid of words. With the use of the official Codenames app or a third-party application, the two team captains can know which words are their team’s, or one person can sit out and send photos of the solution cards to the team captains each round.

If you’re playing with two groups in just two locations, you could also have the team captain in the location with the game share a photo with the opposition captain each round. In that way, Codenames could be the perfect opportunity for some family-versus-family play.

Second Chance is a friendly, lightweight game of drawing Tetris-like polyominoes into a grid, and you could easily play it remotely if one player has the game and everyone else playing has some graph paper.

The host player will need to flip over cards and show the group, indicating what shape they should be drawing on their sheet. If a player ever can’t fit their shape into the prescribed 9-by-9 grid, they’re given one more chance to survive in the form of another card flipped over just for them. If they can’t fit the new one, they’re out.

Remote play would be easy as there’s no hidden information, and it’s also a game that lends itself well to socializing while everyone’s drawing their pieces on their grid. Other games where you draw on a grid that could work well include Brikks, Railroad Ink and Patchwork Doodle.

A classic party game, Scattergories could easily be played remotely. One player will give a category from a list (or come up with their own category, if you’re feeling creative) and a random letter (just Google “random number between 1 and 26” and you’ll get a number to use), and everyone else will write down every word they can in that category. Any duplicate words are crossed out, and players score points for their remaining words.

There are a number of games that can be played with remote friends over apps, whether those apps are specific games, like Carcassonne, Ticket to Ride, 7 Wonders, Catan or many others. Classics like Monopoly and Clue have popular multiplayer app experiences, too, so you can easily jump on a call with a distant family member and make some memories without being in the same room.

Board game simulators, like Tabletop Simulator, Tabletopia and Board Game Arena

If you’re looking to move beyond the games available as traditional downloaded apps, more customizable options like Tabletop Simulator, Tabletopia and Board Game Arena might be appealing options.

Tabletop Simulator and Tabletopia both present a fully three-dimensional experience in which you can grab, flip and rotate pieces in 3D space, bringing some of the physicality of board gaming to a digital presence. Some games enforce rules, while others depend on players enforcing them. Board Game Arena is a more two-dimensional experience, but the rules are enforced as you play.

Each has upsides and downsides, but they all provide tabletop gaming experiences without physical interaction.

One of the more remote-first options available, Jackbox Games produces a number of digital “Party Packs,” each of which has a handful of games that are all designed to be played remotely. Not all of the games offered are family-appropriate, but the creators are quick to note which are and which aren’t. Each player will need a device with a web browser — a smart phone or a laptop are both good options — while the host will need to buy a pack of games or a standalone game and share their screen.