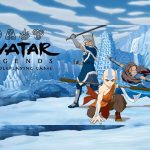 Water. Earth. Fire. Air.
Long ago, the four nations lived together in harmony. Then everything changed when the Fire Nation attacked.

Only the Avatar, master of all four elements , could stop them. But when the world needed him most, he vanished.

A hundred years passed and my brother and I discovered the new Avatar, an airbender named Aang, and although his airbending skills are great, he still has a lot to learn before he’s ready to save anyone.

But I believe Aang can save the world.

Thus begins each episode of Avatar: The Last Airbender. Through 3 seasons of that show, 4 seasons of the sequel series Avatar: The Legend of Korra, and several graphic novels, books, video games, and a best-forgotten live-action film, the world of the Four Nations has grown. Now publisher Magpie Games is creating a roleplaying game where you can live out your own adventures in the world of the Avatar.

What Are Kickstarter Quick Picks?

Kickstarter Quick Picks are short looks at projects currently on Kickstarter that are of interest to me, and by extension, many of our GeekDad readers. A Quick Pick is not an endorsement of the Kickstarter campaign, nor have I (as yet) received any product copies to review. If you like what you see here, go check out the campaign and decide for yourself if you’d like to back it, or wait until GeekDad has had a chance to go hands-on. As always, caveat emptor- let the buyer beware.

New to Kickstarter? Check out our crowdfunding primer.

What Is Avatar Legends: The Roleplaying Game?

Avatar Legends: The Roleplaying Game is an RPG primarily aimed at the many fans of Avatar: The Last Airbender and Avatar: The Legend of Korra, but is still accessible for those unfamiliar with the  two Nickelodian animates series. It is currently seeking funding on Kickstarter. There are multiple pledge levels available, ranging from a $20 “Fire Ferret” all-PDF pledge, up to the “Flying Bison” pledge, which includes deluxe dice, a deluxe dice bag, all stretch goals, and a hardcover copy of the rulebook with an exclusive cover. That last one will run you $200. It’s also currently the second-most popular pledge level, behind the $75 “Otter-Penguin” which includes a physical copy of the rulebook, as well as all PDFs and stretch goals. With just one day into the campaign as of writing this, the Avatar Kickstarter has already made $1.7 million dollars.

Drawing from not just the two animated series, but also from the novels, you can choose from several different eras to play in for your game setting. You’ll be able to play as a bender from one of the Four Nations, or as a martial artist, or even a technologist like Asami. You won’t be able to play as an Avatar, but you’ll be able to encounter one in-game. Depending on the era you’ve chosen, you could end up interacting with Aang, Korra, or one of the many previous Avatars, as well as other characters that you know from the shows.

Why Check Out Avatar Legends: The Roleplaying Game?

If you’d like to create adventures of your own in the world of Avatar, then this is the roleplaying game for you. While I haven’t had a chance to see the full rulebook yet, looking over both the Kickstarter page and the Quickstart Rules shows a strong emphasis on making each play session of the game seem like your very own episode of Avatar: The Last Airbender or Avatar: The Legend of Korra. Your characters are not just adventurers but heroes, banding together to right wrongs in the world.

If you’re a fan of Avatar and are interested in this campaign, Magpie Games has also made available the aforementioned Quickstart Rules. They contain not only the basic rules for both the player and the gamemaster, but also some premade characters and a short adventure you can try out, The Forbidden Scroll. I highly recommend giving it a read for yourself. You can receive a free copy of the Quickstart Rules by going to Magpie Games’ Avatar RPG page and entering your email address.

Magpie Games is hardly new to making roleplaying games. They have built Avatar Legends off of their “Powered by the Apocalypse” framework, which has been used previously in their games Monster of the Week, Masks: A New Generation, and Root: The RPG, the latter of which is a roleplaying game based on the popular board game. So you can feel confident that they’ve built a solid ruleset.

If you’re interested in Avatar Legends: The Roleplaying Game, you can check out their Kickstarter campaign here. The campaign is scheduled to run through Thursday, September 2, with an estimated delivery date of February 2022 for the physical rulebook, and January 2022 for the PDFs. I’ll be doing a full review of Avatar Legends: The Roleplaying Game next year once the Kickstarter delivers.

Click through to read all of "Kickstarter Quick Pick: Bend the Elements in ‘Avatar Legends: The Roleplaying Game’" at GeekDad.If you value content from GeekDad, please support us via Patreon or use this link to shop at Amazon. Thanks!