The Board Game Family

In 2012 we reviewed one of the hot new board games that year, King of Tokyo.

King of Tokyo is a push-your-luck board game where you get to play “king of the hill” using dice, special ability power cards, and cool monsters.

It's no wonder why it jumped to "hot game" status because it's easy to play and a lot of fun for up to 6 players.

iello quickly published an expansion for the game, King of Tokyo: Power Up. And a couple of year later released King of New York.

Last year, they published a collector's edition of the game called King of Tokyo: Dark Edition and we're excited to share our thoughts about it.

King of Tokyo: Dark Edition game review is an article from The Board Game Family 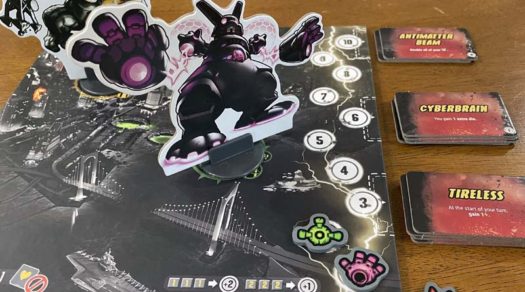