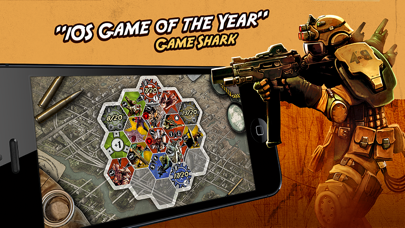 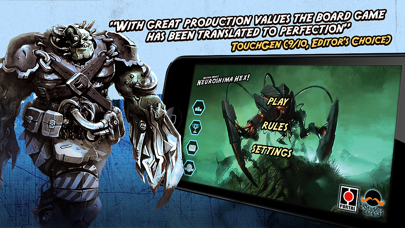 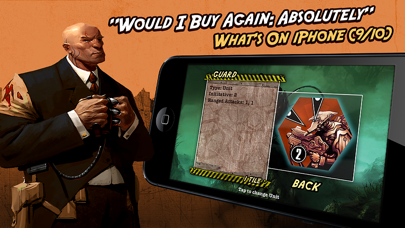 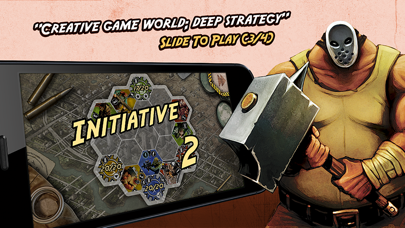 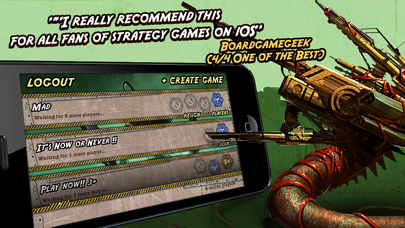 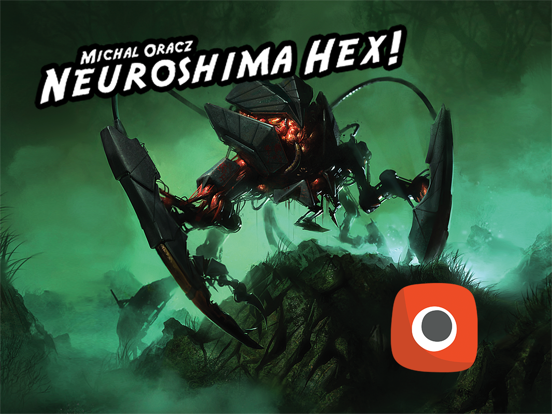 AWARDS: "iOS Game of the Year" Game Shark "Best Card/Board Game - Runner Up" TouchGen PRESS QUOTES: "With great production values the board game has been translated to perfection." TouchGen (9/10, Editor's Choice) "Would I Buy Again: Absolutely." What's On iPhone (9/10) "Neuroshima Hex is a board game that almost seems like it was destined for the App Store […]" App Spy (4/5) "Neuroshima Hex is hard not to recommend" Games Uncovered (Grade: 'Great') "Creative game world; deep strategy" Slide To Play (3/4) "It's a deeply satisfying game that forces you to have a tactical mind in order to win, and it's incredibly fulfilling when you do." GameZebo (4/5) Neuroshima Hex is a fast paced, tactical board game where up to 4 players (human or AI) lead their troops to victory. Every player controls one of the four armies struggling for influence and survival in the world destroyed in a 30 years long war. March with the machines of Moloch, leading its army towards setting the new world order. Become Borgo and unite the forces of the mutants who spread terror in the wastelands. Lead The Outpost - humanity's last and only hope and try to beat the machines in an uneven guerrilla war. Be the boss of The Hegemony - land of gangers not caring about the fate of others and living only for violence and their mad entertainment. In the world of Neuroshima Hex you need to prove you have what it takes to survive. Neuroshima Hex is well known in the board game community. Neuroshima Hex holds 100th place in the prestige BoardGameGeek ranking (which contains almost 50,000 games from around the world). In May 2007 Neuroshima Hex was awarded a special jury distinction for the Best Polish Designer Game published in 2006. Neuroshima Hex was also published in the US (by Z-Man Games) and France (by IELLO). FEATURES - Official Neuroshima Hex game with original artwork - 4 different armies with unique strategies (next 8 available for purchase) - Up to 4 players (human or AI) - asynchronous online multiplayer - 3 AI difficulty levels - In-game tutorial & manual - Tons of gameplay - Easy to learn, hard to master
Information
Seller:Portal Games
Genre:Board, Strategy
Release:Sep 17, 2010
Updated:Oct 30, 2017
Version:3.1
Size:566.5 MB
TouchArcade Rating:
User Rating: (28)
Your Rating:unrated
Compatibility:HD Universal