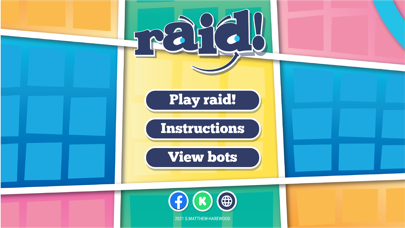 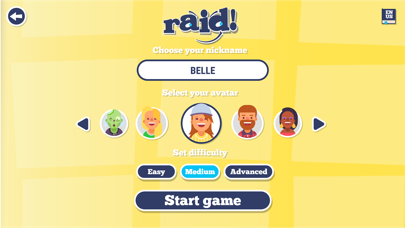 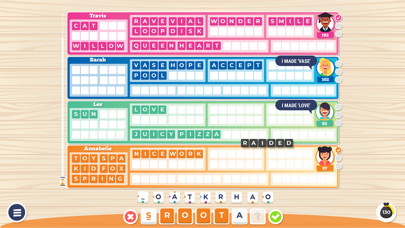 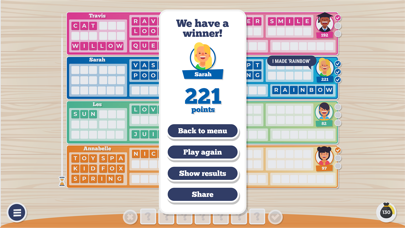 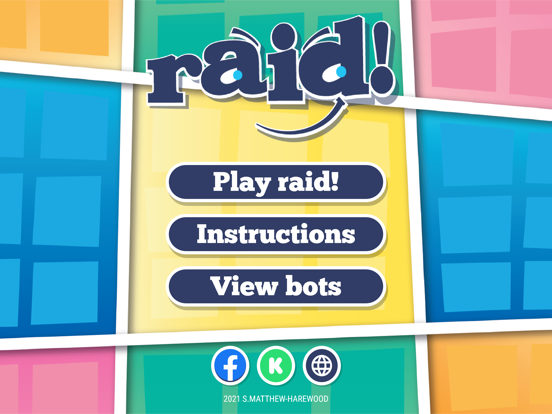 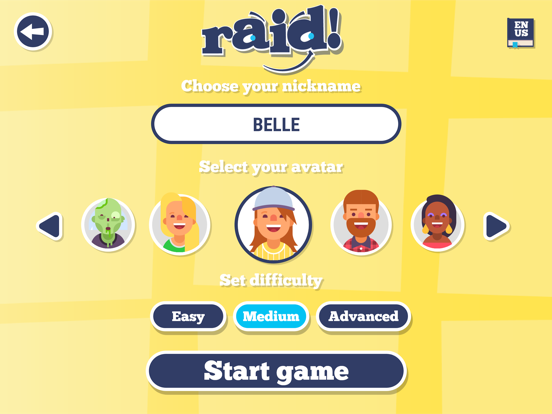 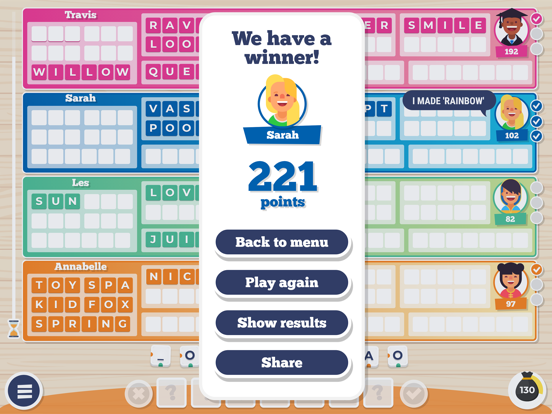 ◆ This is a game in which players (one human player vs three artificial intelligence bots) compete to form words with letters from a common pool. ◆ Players can either form a word with letters solely from the pool, or raid (steal) a word from an opponent by combining that word with one or more letters from the pool to make a longer NEW word. ◆ A RAID must form a new word with a different meaning from the original word. For example a player cannot RAID the word FARM by simply adding S, ED or ER. ◆ Players may RAID their own words. ◆ Depending on the length of the word that is formed, it is positioned within a specific block on the player’s field. ◆ There are six blocks in total. ◆ In the RAID App there is no “turn taking” - any player can form a word or RAID a word at any time. This may lead to the same player forming two, three or even more words in quick succession. This is permissible. ◆ There are several ways to win: • Be the first player to fill three blocks in your field • Be the player with the most points after the pre-set time limit of 30 minutes • Be the player with the most points after all the letters tiles have been drawn. There are 150 letters available in total. ◆ The RAID Board game has the same gameplay as the RAID App. In the board game players RAID from their friends rather than AI Bots. ◆ For further information on the board game go to www.RAIDwordGAME.com A player can selects to either ◆ Play offline solo-play against three Artificial Intelligence bots or ◆ relax and simply watch AIs bots compete against each other.
Information
Seller:Sandra Harewood
Genre:
Release:Aug 18, 2021
Updated:Aug 18, 2021
Version:1.0
Size:122.3 MB
TouchArcade Rating:Unrated
User Rating:Unrated
Your Rating:unrated
Compatibility:HD Universal
Share Share on Facebook Tweet Tweet on Twitter Pin it Pin on Pinterest
Back to Feed