The Board Game Family

Santorini has been a favorite 2-player board game in our family ever since we first played the reimplemented game by Roxley Games 4 years ago.

It's an abstract strategy game with variable player powers where each player tries to get one of their pawns (workers) to the 3rd level of a building. The game components are absolutely fantastic and look just like the recognizable, blue-topped buildings on the Greek isle of Santorini.

So we were quite surprised when Roxley Games published Santorini: New York in 2020.

I mean, what do Santorini and New York have to do with each other?

It was a real head-scratcher.

Of course, that also didn't stop us in the slightest from wanting to play it right away!

If you're just as curious about how the awesome Santorini could morph into a new game set in New York City as we were, then you've come to the right place—read on!

Santorini in New York? is an article from The Board Game Family 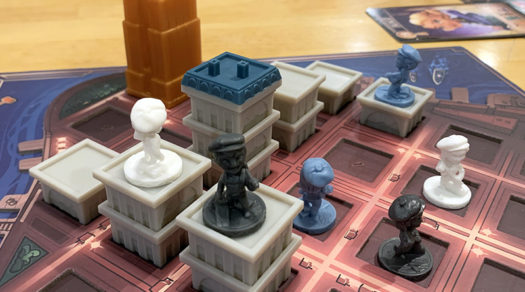