The Best Fortnite and Roblox Toys For Fanatic Gamers

If you have kids of a certain age, this isn’t news to you. Roblox is a game platform that lets users program games and play games created by others. It’s immersive and addictive. And the hugely popular Fortnite is a multi-player video game where competitors fight for survival to be the last one standing. Naturally, there’s a ton of merch to cater to fans of both games. The best Fortnight and Roblox toys are engaging real-world items that reflect the ethos of each game. 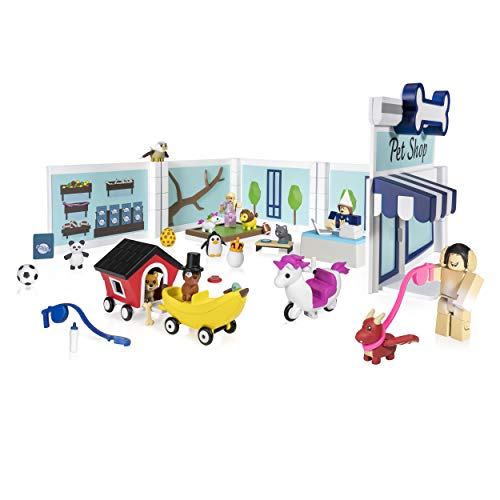 This awesome new set comes with a redeemable code to unlock a virtual item on Roblox. Plus, the pet store comes with Anna, Doug, and Holly. 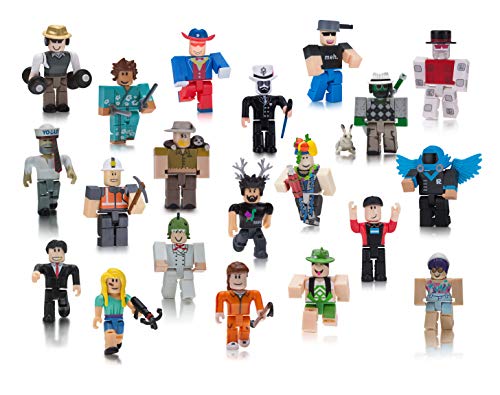 It's the Roblox version of surprise toys: This set comes with 20 collective mystery box figures, a virtual item redeem code, as well as interchangeable parts and accessories. 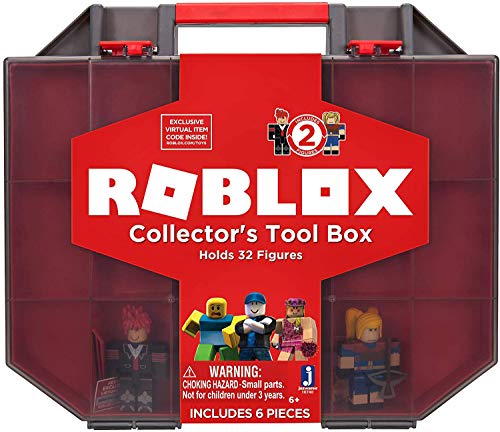 Your gamer can collect all the Roblox figures out there, but inevitably, they go missing. Not with this case! The portable Roblox tool box comes with two exclusive figures and holds up to 32 figures. You get the case, as well as Red Lazer Parkour Runner and the Giant Hunter. It belongs in every Roblox fanatic's arsenal. 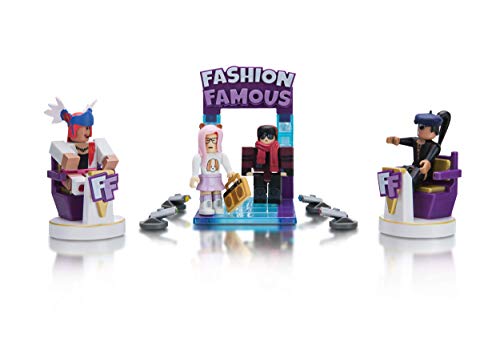 Kids can mix and match parts to build their own unique Roblox character. Budding fashion designers have access to clothes, hairstyles, and accessories from the Roblox Fashion Famous game. 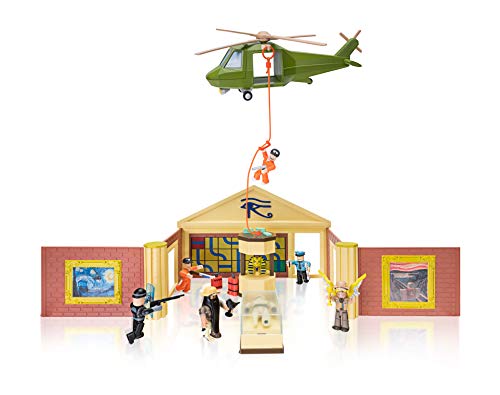 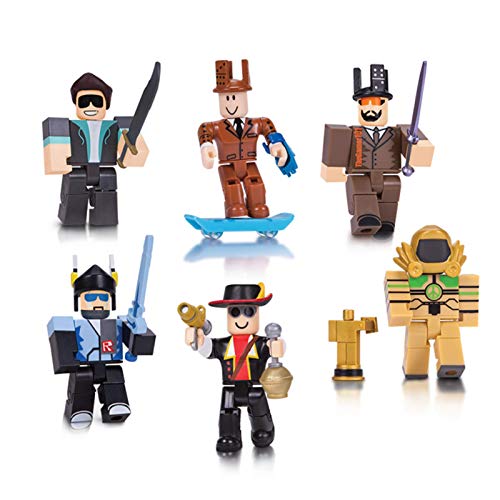 A set that any self-respecting Roblox aficionado needs to own. You get six key Roblox characters. But even better, each of these sets comes with a redeemable code to unlock a virtual item on Roblox. 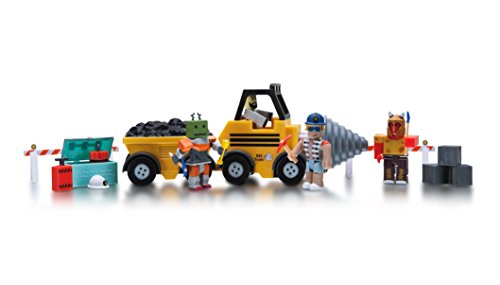 Kids embark on a mining operation, complete with the pickaxe and dynamist, as part of this Roblox set. It features characters, accessories, and vehicles from games such as Cindering’s Sharp Shooter Mines, Berezaa’s Miner’s Haven, Defaultio’s Mining Tycoon, and Widgeon’s Mining INC. All we can say is: Get ready to kick major axe with this set. The accessories and hair pieces for each Roblox figure are interchangeable so kids can mix and match. 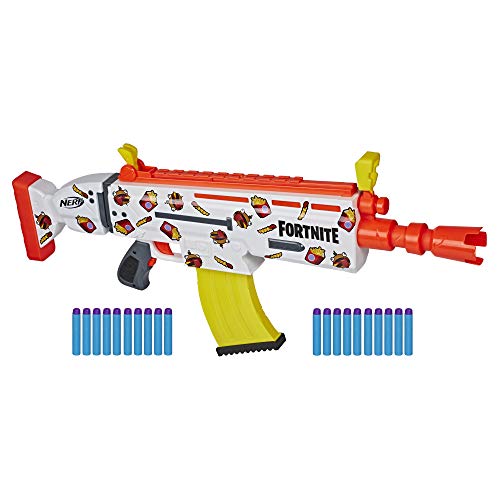 This motorized blaster shoots 10 darts and has an acceleration button to power up the motor to make sure you hit your target. 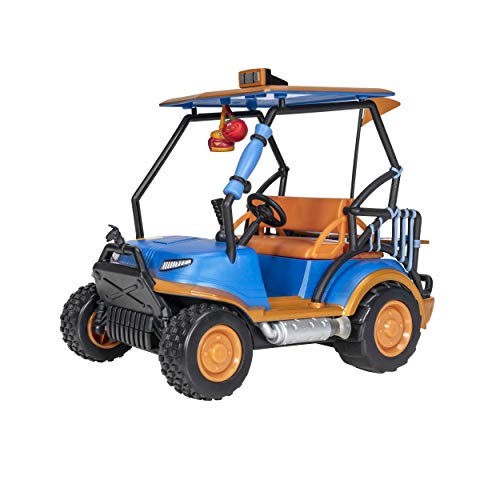 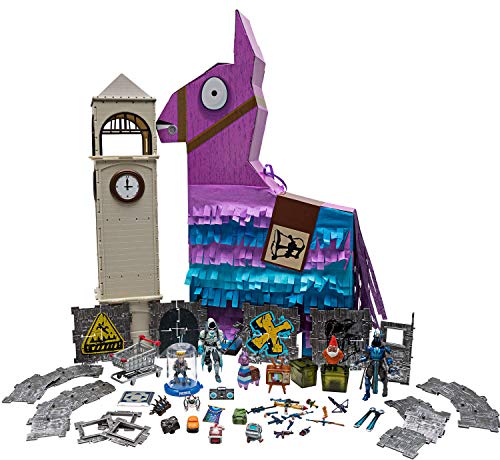 Quite possibly the most dope pinata ever created. This Fortnite pinata is a nice, solid 25 inches tall and includes 100, yes 100, pieces. Plus it's pre-filled with two 4-inch figures, weapons, back bling, building materials, and tons of other swag.

Kids can practice their aim with these three handy llama targets. This Fortnite-inspired Nerf blaster has a detachable barrel and three-dart clip. 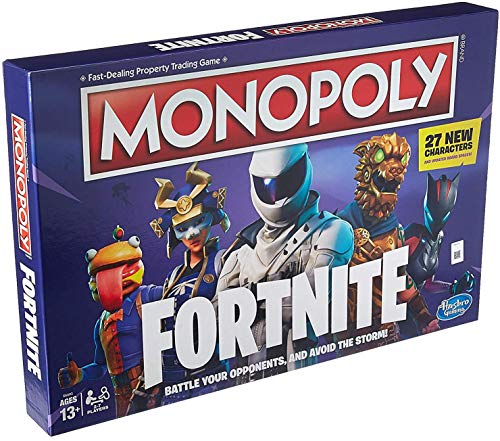 There's a Monopoly for every taste, including for Fortnite fanatics. A great board game for tweens, this Monopoly set lets players claim locations, battle their opponents, and avoid the Storm to survive. You know, instead of scooping up property. 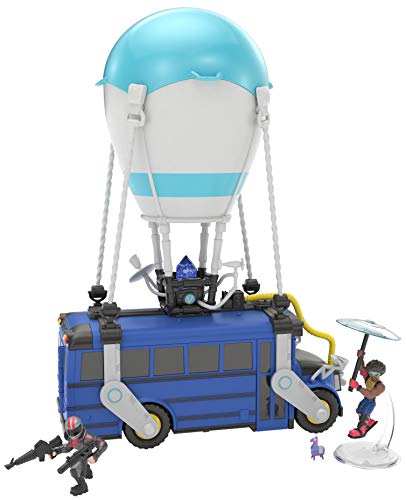 Of course Fortnite players need this Battle Bus. It lets kids display their collection, store their figures inside it, and build their own Battle Royale. Fortnite's most iconic, signature vehicle has finally been created for the masses. Equipped with a hot air balloon, the Battle Bus is more than 13 inches tall and has pegs that allow kids to display two-inch figure on top of the bus. 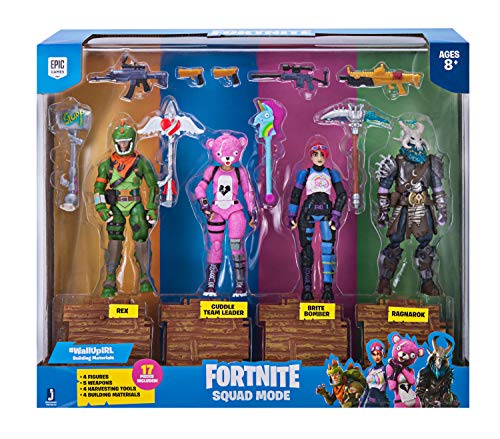 Every product on Fatherly is independently selected by our editors, writers, and experts. If you click a link on our site and buy something, we may earn an affiliate commission.

The post The Best Fortnite and Roblox Toys For Fanatic Gamers appeared first on Fatherly.