The key of resiliency: After a strong start to his collegiate career, Kash Bellar keeps a competitive nature at his forefront.

It doesn't matter what the competition might entail -  Ball State Men's Golf freshman Kash Bellar said he refuses to lose.

"I really hate to lose," Bellar said. "I just have a fiery passion and hate losing. That's with golf, doing drills or even playing a board game. I just hate to lose."

Bellar has been around golf since he was a 3-year-old. Bellar's father, Chewie Bellar, played collegiate golf at Franklin College. When he played at different courses, Chewie would bring Kash alongside him.

"Even when he was little, I would take him out for the course when I was playing," Chewie said. "He was always around golf, because I still played in some competitions. He always had access to good golf around him when he was little."

As he grew older, Bellar said he remembers spending many nights at the driving range until 9 p.m. As he hit each ball off the tee, his father would be right there with him. Bellar said he can think back to a period where he went a month without talking to Chewie because he was so angry after losing to him in golf. When the day came that he finally defeated Chewie, Kash described it as the "happiest day of my childhood."

Chewie believes Kash didn't instantly have the competitiveness he has today, but molded into it over time.

"I think he kind of grew into it a little bit," Chewie said, "He got the taste of winning when he was younger, and I think he's kept the passion to win as he's grown older. It's amplified quite a bit."

After failing to qualify in the Cardinals' lineup for the Hoosier Collegiate Sept. 5-6, Bellar said he was disappointed. While he didn't earn a spot in the lineup again for the Earl Yestingsmeier Invitational, Bellar still competed as an individual , where he made history in his collegiate debut.

Bellar opened the weekend with a tournament and course record of 62 (-8 under par) in the first round. Through the rest of the match, he then went on to score a 207 (-3 under par), which was good for fourth place.

"It was a mindset of going out, proving myself and finding a way to get back into the lineup," Bellar said. "My game felt good going into it, but the stars aligned basically where it just seemed like I couldn't do anything wrong during that round. The last 36 holes, I wish I could have played better, but mistakes happen. You live and you learn. It definitely gave me some confidence." 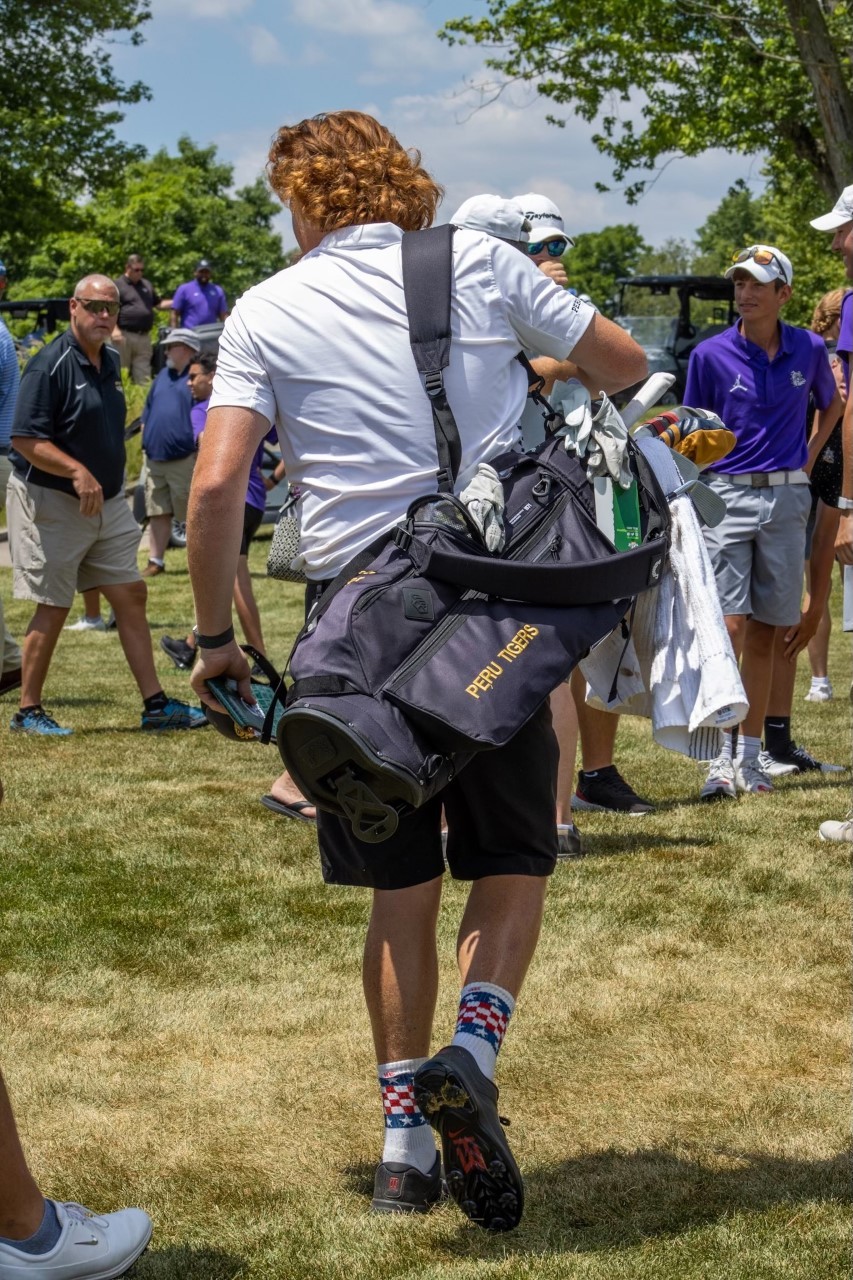 Bellar is no stranger to winning. After COVID-19 concerns canceled his junior season at Peru High School, Bellar had one final chance at winning the Indiana High School Athletic Association (IHSSA) Boys Golf State Championship. As a sophomore, Bellar had the lead in the state championship tournament with six holes to play. However, over those six holes, he finished seven over par, which led to a tie for seventh place.

Two years later, Bellar won the IHSSA Boys Golf State Championship as an individual June 16. He shot a two-round 138 (-6 under par), and set a tournament record in winning by eight shots.

Bellar committed to Ball State his junior year, citing the program's values set by head coach Mike Fleck, which separated the Cardinals from the rest of his suitors.

After arriving on campus in August, Fleck said he knew Kash had attributes on and off the course to make his transition to the collegiate level a smooth experience.

"I'm just impressed with his attitude and his approach toward life and toward the game," Fleck said. "He's a fierce competitor, and physically, he can do some things on the golf course that not a lot of people can do. I mean, come on, he shot a 62 in his first round of collegiate golf. There's not a lot of people that play college golf that can say that."

As much of a physical game as golf may be, Fleck said it's just as much mental for Bellar, as he is impressed with how he carries himself on a daily basis and believes he has the mental makeup to achieve his goals.

"I think he fully understands and appreciates the preparation and the front-end work that it takes to be able to go out there and put yourself in a position to be successful," Fleck said. "Again, between the ears, he's got a lot of really, really impressive qualities that I think will allow him to be special here."

Even though Bellar has only donned the cardinal and white in two tournaments so far, Fleck said he believes his potential is through the roof.

"I think he can be one of the best players ever to play for the program," Fleck said. "We've talked about scoring records and things that he wants to accomplish. I think one of the really good things that I'm seeing on the front-end [is] he's a coachable young man. In our culture and environment here at Ball State, that quality is going to go a long way."