17A. Where the farmer relaxed to update the books?: POSTING BALE

27A. Story of how the spider monkey climbed the tree?: PREHENSILE TALE 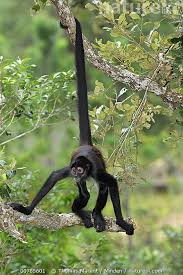 58A. Put the fix in on Black Friday?: RIGGED A SALE. This one was my favorite, nicely done.

A pretty fun theme; I'd quibble for a nanosecond at 27A - the spider monkey is not prehensile, his tail is, which is kind of the point. So a minor demerit for that one, but there again I can't really see any alternatives to fit the four-letter end-of-phrase theme. You might be able to conjur something up with GAIL/GALE or VAIL/VALE, but those would seem forced. So I've talked myself around. I'm sure Steve looked at all the options and settled on the most natural ones, so bravo.

I think this is the second LAT puzzle for Steve, JzB blogged his first back in August 2019. He's appeared in the Wall Street Journal too.

6. Pagoda instruments: GONGS. I wanted WIND CHIMES but was a little discouraged by the lack of room to cram it in.

14. Big game setting: ARENA. Nice midirection. I ran through the safari park/Maasai Mara/Serengeti/Okovango thought process before the penny dropped. The Scottish soccer National Stadium, Hampden Park in Glasgow, hosts Scotland's international matches and has a capacity of more than 51,000. Oddly it is also the home ground of Scottish second-division club Queen's Park, who's average home crowd is between six and seven hundred. Yes, you read that right.

16. "Yo, Hadrian!": AVE! Not from "Rocky", but a greeting to Roman Emperor Hadrian, who had a wall built between England and Scotland to keep out the marauding Scots. It's not as big as the Chinese Great Wall, but still a pretty impressive feat. The town at the eastern end of the wall is named, appropriately, Wallsend. It's not very tall now, but when the Romans departed as the roman empire dwindled, the locals took the stones to build with. 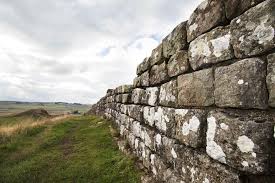 21. Long-term digs in orbit: Abbr.: ISS. The International Space Station. Some interesting reminiscences this week as it is the 50th anniversary of the Apollo 13 mission.

35. Cookware brand: T-FAL. The company name is Tefal, a portmanteau of Teflon and Aluminum.

47. Manicurist's tool: EMERY. Not liking this one - it's an emery board, not an emery.

57. Hundred Acre Wood know-it-all: OWL. I had "WOL" at first, because that's how he spells his own name, and he lives at The Wolery. 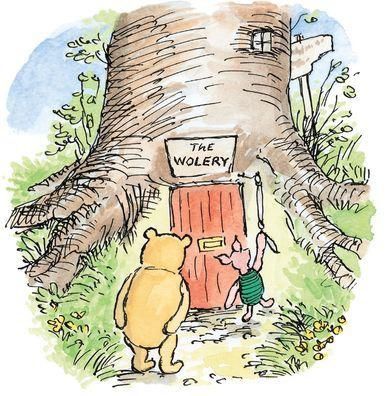 61. Med. scan: M.R.I. All kinds of three-letter scans to choose from, so wait for the crosses.

62. "Middlemarch" novelist: ELIOT. George, who was a female. She figured she had a better chance of being published if the adopted a man's pen name for her novels. In Silas Marner, the eponymous weaver, miser and loner adopts an orphan girl. I'm not sure that would fly with Social Services nowadays.

3. Cummerbund alternative: VEST. There's a commercial for Capital One airing at the moment where the script misspells it as "cumberbund" (or maybe the actress mispronounces it). Drives me bonkers.

4. As scheduled: ON TIME

5. __ sushi: Japanese sea bream: TAI. Not liking this clue. Tai is the sea bream. It's got nothing to do with how it might eventually be prepared, but no harm, no foul.

6. April 1 array: GAGS. As we've got a San Serif font in the puzzle today, you might like to read about one of the early successful hoaxes pulled off by a national newspaper, in this case The Guardian in the UK in 1977.  Here's a great artice about the islands of San Seriffe.

As an aside, the paper was so renowned for typos that slipped past the proofreaders that it became known as The Grauniad to its readers. The best one I saw was the front page banner headline after the 1980 Presidential election which read in 72 point bold "REAGAN WINS IN LANDSIDE".

OK, back to the crossword.

11. Is arrested, in slang: TAKE A FALL. I'm not sure I'd heard this idiom in this particular sense before.

26. Sophisticated, in a way, briefly: HI-TECH

28. Ygritte portrayer on "Game of Thrones": ROSE LESLIE. Thank you, crosses. I watched Season 1 then lost interest. Then I cancelled HBO and that was the end of my GOF-watching.

30. Cricket, for one: SPORT. One that is incomprehensible to many who didn't grow up watching or playing it. The long-form version of the international game is scheduled for five days and, more often than not, no-one actually wins. The Melbourne Cricket Ground in Australia is cricket's largest ARENA, it has a capacity of over 101,000.

32. Idina's "Frozen" role: ELSA. I still haven't seen the movie, but I'm getting pretty good at the character's names.

39. "His Eye Is on the Sparrow," e.g.: HYMN. This one passed me by. My knowledge of hymns comes from the venerable "Hymns, Ancient and Modern (Revised)" issued at school and published in about 1805, so the "modern" bit was all relative. You were given a copy on your first day at Grammar School and woe betide you if it was lost or defaced.

49. Have a rough night at the comedy club: BOMB

51. Four-award acronym: EGOT. Someone who has won all four "major" entertainment awards - An Emmy, a Grammy, an Oscar and a Tony - has an EGOT.

54. Midway event: FAIR. The world's first Ferris Wheel was erected during the 1893 World's Fair on the Chicago Midway, the original "Midway".

55. Redbook rival: ELLE. I don't think I'd heard of Redbook, but let's face it, I'm not exactly their target demographic.

59. Sling spirits: GIN. Spirits? Spirit, surely. Maybe the constructor or the editor were mixing cocktails when they decided that a plural clue should reveal a singular answer. The classic Gin Sling is gin, simple syrup, sweet vermouth, angostura bitters, soda and a lemon spiral. Cheers! And there we have it, another puzzle wrapped up. Here's the grid, and I hope everyone is behaving themselves, keeping safe and "All Hale!" in ths spirit of the theme today.

As a reminder, if you want to chat about the crossword or anything else, send me your number to the email address in my profile and we'll connect. 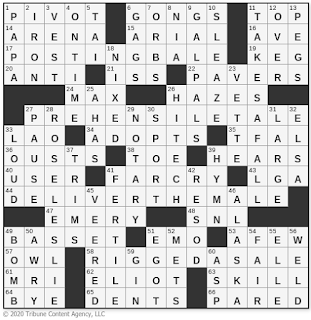