Utah women’s basketball: Utes plagued by inconsistency in 2019-2020, but returning production, a stellar recruiting class give reason for hope 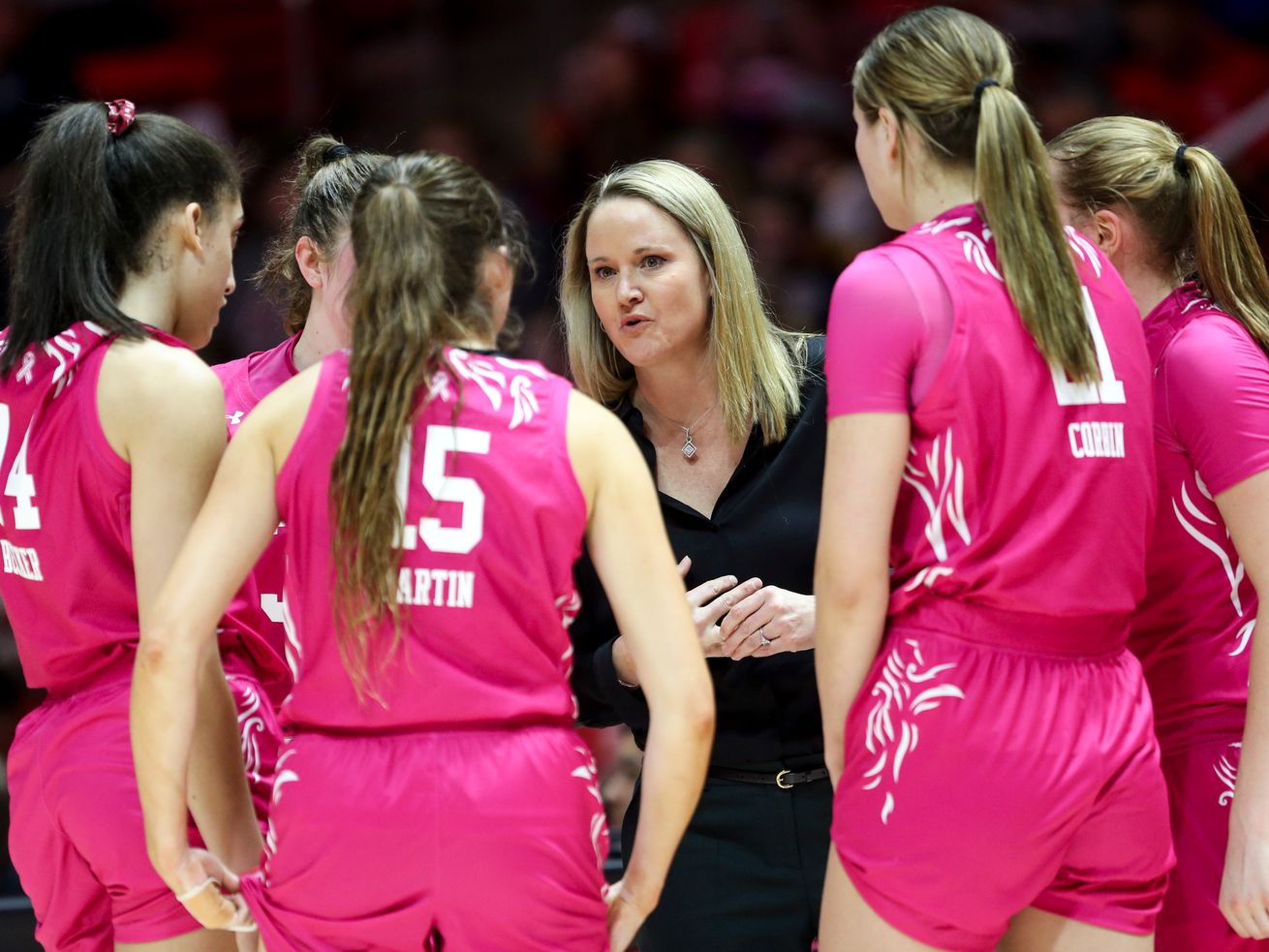 SALT LAKE CITY — It was an up-and-down season for the Utah women’s basketball team, one defined by youth and inconsistency.

The Utes went 14-17 with a squad of mostly underclassmen. At times, Utah went on winning streaks, only to be followed by losing streaks, and couldn’t put together consistency throughout the season.

“I thought we had moments of greatness, where we looked great, and moments where we didn’t. I thought we were, just in a word, inconsistent. Some of those things we could control, some of those things we couldn’t, in terms of our opponent — the level of play in the Pac-12, the senior-laden teams the top half of the league had,” Utah head coach Lynne Roberts said. “We were just so young and youth-focused. I thought we had some great wins and some tough losses. It was just kind of an up-and-down year.”

One of the best women’s basketball conferences in the nation, the Pac-12 could have sent two or three teams to the Final Four this year, Roberts said. Leading the conference was No. 2 Oregon, which produced the No. 1 and No. 2 picks — national Player of the Year Sabrina Ionescu and Satou Sabally — in Friday’s WNBA draft. The Pac-12 finished the season with six teams ranked in the Top 25.

One of the highlights of the season for Roberts was her team’s resiliency against tough competition.

“It’s tough when you play, for example, Oregon State, who is sixth in the country, and then the next night you play Oregon, No. 2 in the country or No. 1 in the country. It’s hard to bounce back and get up and be ready to compete. I think for the most part all season, our young guys just kept getting up and fighting, and I’m proud of that,” Roberts said.

Other highlights included Utah’s victory over a ranked Arizona State on senior night and beating Washington in the first round of the Pac-12 tournament.

“All the pieces are returning. I thought we played well in the Pac-12 tournament. We lost to Oregon, but I thought we battled and competed against the best team in the country. We finished the season pretty well and we’ve got everybody coming back that contributed,” Roberts said.

“I’m just really excited about the direction; I’m excited about the future. A lot of times after the season, you’re tired and you want to regroup. This season I was so fired up to get back in the gym with these guys. They’re so young and hungry. Obviously, we’ve been sidelined in doing so,” Roberts said. “I’m really optimistic and confident in where we’re headed.”

With a year of experience under their belts and incoming recruiting help, Roberts feels like Utah is ready to get over the hump.

Right now, though, the Utes will be patently waiting, unable to get in the gym due to COVID-19.

“It’s unprecedented. I don’t think any of us in the athletic department have ever had the lights turned out like that so quickly across the board. It was strange and it still is strange,” Roberts said. “Now, I think we’re all realizing that there’s certainly much more important things going on than March Madness.”